What Small Business Should Know About Obama’s 2014 Budget Proposal

President Obama has included a number of provisions that will directly impact the bank accounts of small business owners across the nation.

Contributed by Mariah Courtney at Biz2Credit.

The 250+ page document contains hundreds of proposed spending and tax measures that  collectively represent a $3.8 trillion budget proposal. As a small business owner, a $3.8 trillion budget might not seem very significant to your world. However, you could be wrong. President Obama has included a number of provisions that will directly impact the bank accounts of small business owners across the nation.

Here are the things you need to know:

Minimum wage hikes. Remember President Obama’s State of the Union Address where he promised to raise the minimum wage (i.e. the minimum hourly wage an employer can pay an employee for work) from $7.25 per hour to $9 per hour? Well, the proposal made it to the budget. This will likely make hourly employees cheer and small business owners cringe.

Entitlement cuts. Another potential blow to small business owners comes in the form of entitlement cuts. The President will attempt to appease conservatives who don’t want to raise taxes by making $1.2 billion in cuts over the next decade to some social programs. Social Security and Medicare are the two programs that stand to lose the most. They also happen to be two programs that small business owners rely upon heavily during retirement.

That brings us to taxes. President Obama’s budget also proposes a tax cut for all employers who paid less than $20 million in wages and who hired new employees and/or gave existing employees raises in 2012. The cut will be the equivalent to 10% of the amount paid to new workers and/or the raises given to current employees, with a maximum of $5 million. This could add up to significant tax savings for some small business owners.

The 2014 budget proposal also includes a minimum tax rate of 30% for families earning more than $1 million annually. This could potentially affect small business owners who pay pass-through taxes on business income. Keep an eye on this one and speak to your accountant about the best way to handle this.

Last but not least are proposed changes to the SBA (Small Business Administration). The plan will bring total SBA spending down to $810 million – a reduction of 12% or $109 million annually. This will potentially reduce the number of small business loans that they are able to guarantee each year. In spite of the major cuts, President Obama set aside $4 million for hiring 32 government contract specialists. They will work with government agencies and small business owners to increase the number of small business contracts granted. Other initiatives include streamlining the small business loan application process and waiving fees for SBA loans under $150,000.

Did you enjoy this article? If so, subscribe to YFS Magazine and never miss an update. Don’t forget to make our friendship official and join Young, Fabulous, and Self-Employed entrepreneurs on Facebook.

Mariah Courtney is the Online Community Manager at Biz2Credit, an online platform that connects small business owners with a network of over 1,000 lenders. She is an entrepreneurial and social media evangelist with a passion for writing and travelling. Former experience includes running the social media program at The Receivables Exchange and copywriting for WPromote, Inc.

Having arranged $800 million in funding throughout the U.S., Biz2Credit is widely recognized as the #1 online credit resource for small business loans, lines of credit, working capital and other funding options.  Visit www.biz2credit.com and follow us on Twitter @Biz2Credit for company news and updates. 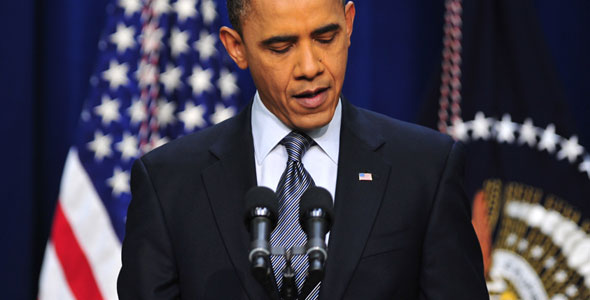 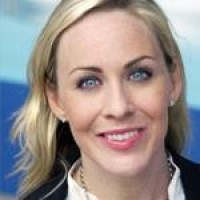 Meredith Wood ​is the Editor-in-Chief at Fundera, an online marketplace for small business loans that matches business owners with the best funding providers for their business. Prior to Fundera, Meredith was the CCO at Funding Gates. Meredith is a resident Finance Advisor on American Express OPEN Forum and an avid business writer. Her advice consistently appears on such sites as Yahoo!, Fox Business, Amex OPEN, AllBusiness and many more. Meredith is also the Senior Financial and B2B Correspondent for AlleyWire. Connect with Meredith on Twitter @Mere_Wood.