Winter is Coming: 5 Game of Thrones Marketing Lessons for Entrepreneurs

Journey with me behind the wall as I reveal five Game of Thrones marketing lessons every entrepreneur should apply to their small business.

The third season of HBO’s Game of Thrones (#GOT), an epic fantasy TV drama, premiered on March 31, 2013 – and I’m still hooked! If you’re unfamiliar with the show’s plot: seven noble families fight for control of the mythical land of Westeros amidst a world of magic, dragons, sword fights, treachery, and Shakespearian feuds.

Game of Thrones has proven its mettle – bridging the gap between devout fans of the novel and winning the hearts of newcomers (like me). So much so that TechCrunch reported, “Season 3 premiere had an average of 4.4 million viewers at 9:00 p.m. on Sunday, which was greater than Game of Thrones’ previous record showing of 4.2 million viewers.”

The amazingly popular HBO TV series continues to strike a chord with millions. “Winter is Coming” (the first episode of the first season) set the tone, delivered on the story lines and set the stage for an undeniably well-executed marketing program.

So, journey with me behind the wall as I reveal five Game of Thrones marketing lessons you should apply to your small business:

1. Start with a clear marketing goal. What do you hope to accomplish? If you’re unsure, lay out the facts and organize or “frame” the marketing task ahead of you. Let’s say you want to “improve operating profit (+5%) by increasing net sales (+3%).” That’s great, but how does it inform your marketing decisions? Start by outlining your expectations and putting them into context.

Example Marketing Objectives: Increase Widget sales +10% during Q’3 by increasing purchase frequency among current users. Then, the role of Advertising is to: Build awareness of Widgets as a way to deliver on [insert core brand messages here].

Let me elaborate. Sabrina Caluori, HBO’s VP of Social Media & Performance Marketing, explained the social TV goals behind Game of Thrones, in a Lost Remote interview: “Grow the audience by harnessing the enthusiasm of the existing fan base and funneling intrigued new viewers … then “feed the addiction of already engaged fans with more ways to connect, share, immerse and participate in the world of Westeros.”

Did they deliver? According to Lost Remote, #GOT experienced a “series high of 3.9MM viewers a 74% improvement when compared to last season’s premiere, 53% in comparison to the season average and 27% when compared to last season’s finale.” And while your budget may be drastically different, the method of setting clear marketing objectives can be duplicated on a smaller scale and yield an increase in sales. Simply put, strategies define how you will carry out your objective. When asked what Game of Throne’s social TV strategy was for the new season, Caluori explained that HBO would: “Inspire fans to share their passion for Game of Thrones via their social graph by providing compelling content, intriguing calls to action and a full suite of tools on a wide variety of platforms. Reward the most active fans with special recognition from official RT’s, Likes and Reblogs to special “swag” giveaways and even inclusion in promo spots on the network.”

While HBO’s strategies focused on social media, you may decide to take another approach – such as public relations or other forms of online advertising. The key is to develop and test strategies geared toward your marketing goal.

This is where many small businesses misstep — if one strategy doesn’t work they throw out the objectives (#1) with the bathwater. To find a marketing strategy that produces results will require a lot of testing and tweaking. Now that you have a marketing goal and a strategy it’s important to develop partnerships. Why? Because what you can do alone pales in comparison to what can be accomplished when you join forces with other brands and platforms.

In the case of Game of Thrones,  they worked “with Facebook, Twitter, YouTube, GetGlue, Tumblr, Google+ and Miso as well as building out immersive experiences on HBO digital properties such as HBO Connect, HBO.com and HBO GO,” according to Lost Remote. It’s doubtful that you have a ton of internal properties to sync up with, so creating mutually beneficial alliances is the best route. 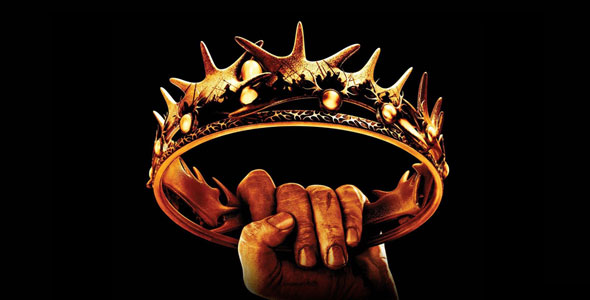