Leverage outside brainpower to give your company the foundation and systems it needs to thrive with these four types of advisory teams.

3. Board of advisors team.

As her company grew, Janine wanted personalized guidance and support from those who had “been there and done that” so she could discover best practices and avoid business pitfalls when aiming for her company’s strategic targets (i.e. namely, an increase from 7-figure to 8-figure annual sales).  So, Janine formed a board of advisors after Janine defining the skills and connections she needed—like quality assurance with overseas manufacturers and retail negotiations.

An advisory board by definition is a board that provides non-binding feedback and advice. Advisory board members don’t have a legal responsibility to your company (unlike members of a Board of Directors).  Nor do you have a legal obligation to take their advice. While you want people who support your company’s values, you don’t want “rubber stamps” or chronic naysayers.

4. Board of directors team.

From inception, Janine had a Board of Directors. Not that she gave it any conscious thought—by law, most companies have some form of “board,” that is, a committee having supervisory powers over the activities of the business. It may be a committee of one (you!), but it’s there, whether formalized or not.

Currently, Janine is exploring whether to sell the company or take on investors.  When she’s ready to step back from ultimate decision making, having a solid Board of Directors in place will help prove there’s an executive team that can run the company without her.

The catch is: her Board of Directors will run her company without her.  Board directors have an obligation to the company first, and the CEO second … unlike an advisory board, where the CEO “advisee” comes first.  Decisions will be mandated by a majority (usually). Directors contend with many of the strategic, fiscal, policy and management affairs of the company.

Because of the legal liabilities, directors are often compensated for their service. Variables such as the size of the board (and the company) and meeting frequency dictate board compensation. Often, Directors receive a fee per meeting plus an annual retainer. Even relatively small companies which ask a fair number of board members can expect to pay upwards of $30,000 a year per member.

Remember, Janine didn’t take all of these steps simultaneously. For her, it was a natural progression from one step to the next as her business (and Janine’s own knowledge and sophistication) grew. What’s your plan for assembling the advisory team your company needs to thrive?

As seen in Enterprising Women Magazine. 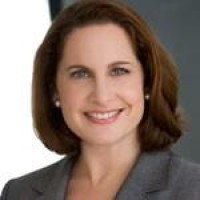