Since we started Mindvalley, we’ve blossomed to over 100 employees and revenues past $15 million a year (50 million in Malaysian Ringgit). We’ve become one of the largest sellers of educational content online (mostly in meditation and personal growth). We just hit 1.3 million subscribers and our 200,000th paying student.

Best of all, we’ve done it all without ever having to take any funds or loans. Which means I currently still own 100 percent of my business. It did not happen fast. Mindvalley took nine years to build. Some years were fun. Some years were brutal.

Building a Company Around Your Passion

I started with $2,000, lost money in the first two months, became profitable in the third month and just kept reinvesting profits into the company.

The upside is a company that is built around my passions – meditation, personal growth, play, culture, travel and epic interior design (our offices are magical). And having total ownership means I’m not pressured by partners, boards or investors to deliver something that I’m not passionate about.

But the climb was hard and long. And I almost lost it all on multiple occasions. I’ve made dumb mistakes. I’ve had dizzying successes. I’ve been depressed and I’ve been high on success.

Most of all — I’ve learned and grown. And I want to share some advice.

If I could advise younger entrepreneurs who are starting out (so they can avoid the dumb mistakes I made), here’s what I would say:

1. Your college degree is meaningless (and sometimes a liability).

I (barely) graduated from the University of Michigan School of Electrical Engineering and Computer Science. My GPA was just over 2.5. I just could not focus on my engineering classes completely.

[pullquote align=”right”]The best employees are specialists. The best entrepreneurs tend to be generalists.[/pullquote]So what did I focus on in university? Volunteer work, traveling and working abroad, pouring through books on business and entrepreneurship, learning photography, and working with theater troupes. I never got good at one thing. But having exposure to many different things helped give me an edge as an entrepreneur.

I think I was lucky to be a mediocre engineer. If I was successful I might be trapped in a 9-to-5 job as an engineer. The best employees are specialists. The best entrepreneurs tend to be generalists.

Embrace the idea of a generalist education. I majored in Computer Engineering and minored in Performing Arts. My best subject was digital photography. I spent more time volunteering for the local chapter of a foreign work exchange program than actually studying.

In retrospect, these were smart decisions: a) Having basic knowledge of programming (which allowed me to build Mindvalley’s early websites myself). b) Minoring in drama helped me learn stage presence and how to be a good public speaker. c) photography gave me an eye for aesthetics and design. And d) volunteering allowed me to see the world and meet other cultures.

Steve Jobs said you can’t connect the dots looking forward, only backwards. Today it appears that everything I chose to study played a key role in my future life and business success.

In the early days, quitting your day job is one of the dumbest mistakes I’ve seen entrepreneurs make. You’re going to need cash flow to survive, to travel, and to buy services like hosting and email solutions.

You won’t know how long it will take to get funding or generate cash flow. Unless you’ve got cash to live off, sooner or later those funds will run out. But the real problem happens when you start worrying about money. Your flow breaks. You start second guessing your ideas. You stay up in bed at night worried about paying the bills.

Don’t quit your day job. It provides security and cash flow till you can break even or get funding. Of course, make sure you have a day job that doesn’t require you to work ludicrous hours.

[pullquote align=”right”]My first goal was never to make a million dollars. It was simply to generate $4,000 a month, which was the minimum monthly income I needed to survive in New York. [/pullquote]I started my business on December 22nd, 2002 while still holding a day job. I would work eight-hour days and then come home and put in another two hours on what would eventually become Mindvalley. I only quit my day job in November 2003 when I found myself generating $4,000 a month, which was enough to cover my day-to-day expenses.

This is important: My first goal was never to make a million dollars. It was simply to generate $4,000 a month, which was the minimum monthly income I needed to survive in New York. I set a minimal goal that was within grasp. This took away the pressure. Once I hit this goal, I quit my day job and set a new goal — to build a million-dollar-a-year business. 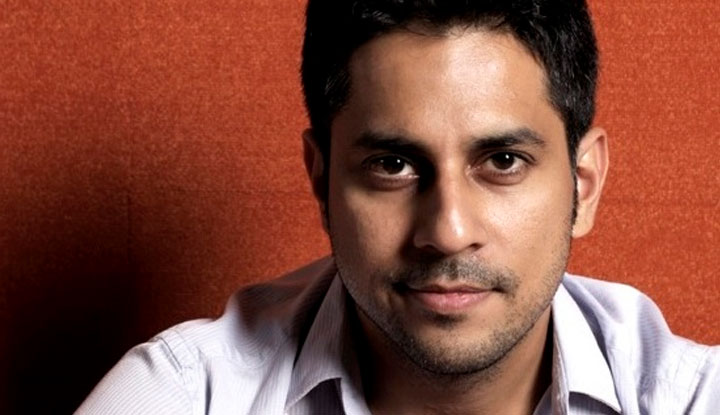