Learn why Hank Leber quit his job to solve a social problem that people weren't aware of and why he believes failing “hard and fast” is a trait...

Getting together a group of friends for an outing or simply sharing your plans can be a hassle. Group messaging apps are helpful—if, of course, all of your friends have smartphones that work properly. Most people end up texting their friends individually (or using iMessage for iPhone) to ask, “What’s going on tonight?”

GonnaBe aims to remedy this common problem by helping users see all of their options in one place – from specials, to events, to your friends’ plans. The intelligent app learns what you like, and aims to provide a personal concierge for your social life.

GonnaBe is a social networking app designed to let others know what you’re “GonnaBe” doing in the near, or even semi-near future. Users can post and share their plans on the app and see the future by viewing friends’ plans on their intuitive time slider. Businesses have the ability to promote incentives on the app to encourage trial and more.

[pullquote align=”right”]Learn how Hank Leber quit his job to solve a social problem that people weren’t aware of and why he believes failing “hard and fast” is a trait of successful entrepreneurs.[/pullquote]GonnaBe’s co-founder and CEO Hank Leber sees the platform as more than a social concierge. “Sharing plans with friends is fine, but that’s not really the big win,” Leber explains. “The big win is when we have the data from all of these different things that people intend to do, whether its lightweight social plans or bigger stuff like travel. We [will] have future data, and future data has never existed before in a social media realm or for marketers at all.”

In essence, Leber and his co-founders aim to read your social future. “So we’re talking about a crystal ball, where we can help brands and marketers see around corners … Marketers want that, especially retailers of any kind, and they’ve never been able to access a user or customer ahead of time to try and sway them and bring them over.”

Learn why Hank Leber quit his job to solve a social problem that people weren’t aware of and why he believes failing “hard and fast” is a trait of successful entrepreneurs.

I was working in advertising before [starting GonnaBe]. I was an ad agency guy (visual strategy). I was working on big brands [like] Nationwide Insurance, Coldwell Banker, Sherman Williams, Travelocity, Anheuser Busch … and Lexus. I found myself leaving the agency every night and I would just pull out my phone and send a bunch of text messages (like: “Hey what are you guys doing later?” or “What’s going on?” …. “Anybody up for drinks?”) one at a time, to a bunch of my friends.

I asked around and it turned out that a lot of other people were doing that too. Most of my friends did the same thing and it was plain as day that everybody is using a tool in a way that is not nearly as efficient as it could be. It’s a problem that nobody knows exists because there’s never been a better solution. Kind of like the world without Twitter; nobody said that they needed Twitter, but it just kind of changed the world because it showed [us] a whole new way to share information.

So I asked around to see if this was an issue and if there was a better solution, and everyone said no. That was enough for me to grab a couple agency buddies, quit my job and go start this company.

The social planning space is crowded, noisy, and confusing – as are the apps themselves. Simplicity and elegance are key. GonnaBe’s UX and patent-pending technologies aim to change the game with the ease of Instagram, the utility of Twitter and the allure of Path. GonnaBe aims to provide the simplest way to share information.

A couple of things that we’re excited [about] and proud of [are the] brand partnerships. They are a really big deal because brands don’t have to take a long shot on any company, but if they see the value in it then they will. 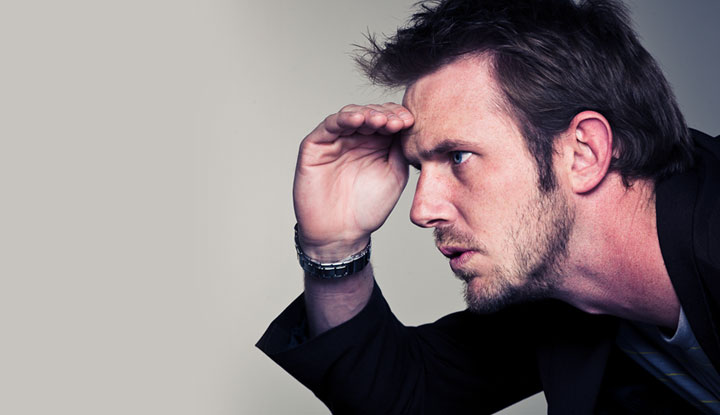