Learn how BlogHer co-founders, Elisa Camahort Page, Lisa Stone, and Jory Des Jardins launched their vision and why Camahort Page believes frugality and the ability to define your...

The underepresentation of women across various industries is a plight that continues to run deep in today’s society. While inroads have been made and “women-owned businesses are the fastest-growing segment of new businesses in our economy,” according to SBA.gov, there is still progress to be made.

[pullquote align=”right”]”The number of businesses owned by women in the United States has increased 59% since 1997 … Those 8.6 million firms are generating more than $1.3 trillion in revenue and employing nearly 7.8 million people.” (Source: American Express 2013 State of Women-Owned Businesses Report)[/pullquote]In 2005, Elisa Camahort Page, Lisa Stone, and Jory Des Jardins recognized this disparity (especially in the blogging industry) and decided to take action with one simple idea and a blog.

The co-founders, of what would later be called BlogHer, decided to host a women’s conference in San José, California that could act as a platform and community where women could engage and “congregate at one time and one place in numbers that you would be unable to ignore,” Camahort Page explains.

Today, their simple idea has grown from a 300-person women’s blogging conference to a company that consists of  an online women’s community (BlogHer.com), a conference platform for women in social media (BlogHer conferences) and a publishing network of blogs authored by women, the BlogHer Publishing Network.

“BlogHer is the largest community and cross-platform network of women online influencers,” BlogHer co-founder and COO Elisa Camahort Page explains. “We reach over 55 million women a month through conferences, our web community BlogHer.com, and our network publishers. Our mission is to create opportunities for education, exposure, community and economic empowerment for the women in our community and our network.”

Learn how BlogHer co-founders, Elisa Camahort Page, Lisa Stone, and Jory Des Jardins launched their vision and why Camahort Page believes frugality and the ability to define your fears are essential for long-term success.

In February 2005 when Lisa [my co-founder] and I first met, there was an overall context talking about, “Where are the women?” This didn’t just apply to blogging, it applied to corporate America. Carly Firoina (a former chief executive officer of Hewlett-Packard) had just been pushed out of HP [by the company’s board] and there were lots of articles about, “Where are the women in Fortune 500 board rooms?”

[Lisa and I] got together for what we called our blind date (our friends set us up to meet one another). We decided that we could all keep talking on our blogs, answering the questions, “Where are the women who blog?” and “Where are the women speaking at conferences?” We could make a lot of lists, but we could also do something about it together. We could all congregate at one time and one place in numbers that you would be unable to ignore. That’s how we cooked up the idea for the first BlogHer conference in San José, California. Four months later we sold out the space that we had secured with 300 attendees from all over the world.

Along the way we realized this would be a lot of work. I had met [my other co-founder] Jory at a conference, so I called her up and ask if she wanted to help (and we sucked her in). By the time the conference happened the three of us were working together.

After the conference there was so much passion and energy, but also so much opportunity. That’s when we decided to form a company. From there, we had to figure out how to use our influence and aggregate our reach to be a more powerful entity that could bring opportunities for us and for all the women that we met and who have been working so hard on their [respective] online platforms. 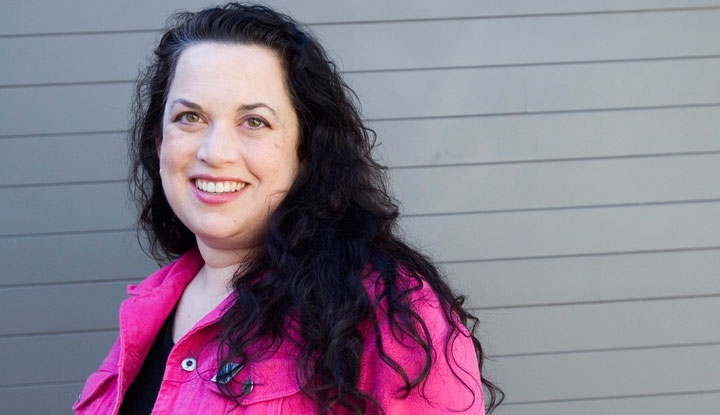 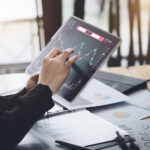