Learn how two college friends purchased and grew an existing business and why they believe hiring great talent is the key to startup success.

In the latest installment of Success Stories, a series highlighting the personal and professional journeys of some of the most dynamic entrepreneurs, YFS Magazine speaks with Mike Salguero co-founder and CEO of CustomMade, a Cambridge, MA-based online marketplace that connects customers with independent artisans.

In 2008, while attending Boston University, college friends Mike Salguero and Seth Rosen came across a website that catered to both of their passions — custom-made wares. Rosen suggested they purchase the domain. Salguero made the call.

“The founders started CustomMade as a two-person operation working out of Salguero’s one-bedroom apartment. Today CustomMade is the world’s first and largest online seller of custom products with over 12,000 custom makers registered.”

“I first called the [website owner] in April 2008 to gauge his interest in selling the website and to let him know we wanted to buy. Initially, he was on the fence, but once the economy took a dip a couple months later, he agreed to sell,” Salguero explained.

Without the seed money lined up, the two founders put down a personal deposit and raised $400K in funding to purchase the website — with $15,000 contributed by family and the rest secured from friends and outside investors. In January of 2009, Salguero and Rosen purchased the website from the woodworker who had owned and run the site since 1996.

The freshly minted entrepreneurs started CustomMade as a two-person operation working out of Salguero’s one-bedroom apartment. Today CustomMade is the world’s first and largest online seller of custom products with over 12,000 custom makers registered.

In April 2012, CustomMade closed a $4 million funding round led by Google Ventures, bringing total funding to $8 million, according to reports. Earlier this year, Salguero and Rosen raised an additional $18 million in venture capital.

Learn how college friends Mike Salguero and Seth Rosen grew CustomMade from 350 makers to more than 12,000 (and counting) and why Salguero believes hiring great talent is the key to startup success.

In 2008, my friend Seth [Rosen] was looking for a coffee table for a new apartment, but he was not satisfied with the quality of retail options … considering their prices. On the other hand, highly customized offerings from other companies were out of his budget.

Unwilling to settle, Seth found [the website] custommade.com, a small site that, at the time, helped him find a local woodworker who made a beautiful, entirely custom-made, table that met Seth’s needs and made him feel more emotionally connected [in comparison to making] a big-box purchase.

“Seth and I both had a passion for custom goods – we both had previously purchased custom apparel, belts, etc. – so when Seth approached me about the idea of buying the site, it was a no-brainer.” Seeing the potential to provide the same experience for many others, we bought CustomMade in 2009 [for $150,000], which we quickly transformed into an online matchmaker enabling buyers and makers to collaborate on unique projects that fill their homes and lives.

Seth and I both had a passion for custom goods – we both had previously purchased custom apparel, belts, etc. – so when Seth approached me about the idea of buying the site, it was a no-brainer.

At the time, I was taking two classes on how to buy a small business as part of my graduate coursework at Babson College, which was extremely helpful. I consulted with two of my professors at Babson, and they provided advice on the best way to negotiate.

I first called the founder in April 2008 to gauge his interest in selling the website and to let him know we wanted to buy. Initially, he was on the fence, but once the economy took a dip a couple months later, he agreed to sell.

When [he] agreed to sell CustomMade to us, we didn’t have any money or investors lined up yet. We put down a personal deposit, and then ran around town raising money through many meetings with potential investors during our 60-day “due diligence” period.

From those meetings, we were able to raise the initial $400K in seed funding needed to purchase the website and start running the business. Of the money we raised, only $15,000 was contributed by family and rest secured from friends and outside investors.

Today, the CustomMade community includes thousands of makers of custom furniture, jewelry, leather, ceramics, textiles, and even wooden bow ties. The team has grown from two former college buddies with a vision to dozens of impassioned individuals working to make custom an everyday option.

[If you buy an existing website] don’t assume that the site will take care of itself, and be willing to invest in talent early. Running a website is a lot of work, especially for two people who did not have strong technology backgrounds.

Prior to purchasing CustomMade, Seth and I were both working in real estate, so we had to quickly learn the ropes of operating an e-commerce business, as well as make critical changes to the existing site in order to scale. To do that, we had to hire people who knew what they were doing. In a startup environment, it’s easy to hire the people you can get for the most inexpensive price, but we learned early on that it’s important to invest in talent early in order to be successful.

My first inclination is to say our recent funding announcement has been our biggest success, but Seth has, very wisely, stated that “a dollar raised is not a dollar earned.” I take that to heart.

So, the biggest success to-date was in 2011 when we switched business models and moved away from a subscription business to a commission-based model. It was hard, but we felt strongly that we shouldn’t make money until our makers do and that if we provide value to our users we’ll be successful.

Thankfully, it worked for us and has enabled us to grow and scale to the point where we’ve been able to double in both team size and revenue in the last six months.

Lessons Learned on Pivots and Changing your Business Model

We needed to prove to makers that they would find value in CustomMade, and so we decided we shouldn’t get paid until they do.

We originally started CustomMade as a subscription model, but within a year we were starting to understand [it] wouldn’t help us grow and scale the way that we needed. We realized that the goals of the business and [of our] makers were not in alignment. We wanted to sell subscriptions to more makers, whereas they wanted us to attract more customers to the site.

We needed a better way to attract more makers to work with us, and we realized that if we wanted to disrupt the retail model and make custom a viable option, we needed to focus on the buyer experience and attract more customers to come to the site to buy from our makers.

Our head of sales, Eric Toczko, was instrumental in listening to our makers and telling us that moving to a marketplace model where we take a commission from completed projects – and not a subscription fee – was what the community needed. So we made the change, which helped lead us to where we are today.

You Know Your Pivot is a Success When …

After making the change to our business model, the number of makers on the site grew from 3,000 to over 12,000, and our revenue doubled in nearly six months. It also allowed us to double the size of our team – specifically in areas like engineering, marketing, product and design – which is a big deal for us as we continue to scale and grow awareness of the site amongst consumers.

When we were operating a subscription-based business, we were an almost entirely sales-focused organization. Once we moved away from that model, we were able to become product, design, marketing and engineering-focused.

[Changing our business model] allowed us to step away from sales and really grow other departments in the company, which has helped us make the overall CustomMade experience better for both makers and buyers. [Ultimately it] has allowed us to focus on our vision of disrupting the traditional retail model and making custom an accessible option for consumers.

Scaling fast while maintaining [our company] culture has been difficult. We’ve nearly doubled the team in the past year, and in doing that, we’re bringing in other people with their own ideas on what CustomMade should be. Aligning everyone’s vision is an ongoing challenge.

Hire great talent earlier than you think you might need it.

With hard work and a bit of luck, we’ve found some incredible talent with a deep bench of expertise early on. There’s no way we’d be where we’re at today without the team and culture we have [created].

As a self-starting entrepreneur, it’s easy to want to take on every task by yourself, but as a leader it’s important to remember the people that surround you are equipped to do excellent work. In a startup culture, micro-managing isn’t an option. You have to be able to give employees enough headroom and trust [them] to make decisions for themselves, which confirms how critical it is to hire the best people you can find for the job — as soon as you can.

Growing a strong and talented team is certainly a challenge, especially in a startup environment. Thankfully, I took some advice early on from Russ Herndon of Hydra Biosciences. At the time when he told me to hire great talent earlier than I thought I’d need it, I told him that I’d hire anyone crazy enough to help us with our vision. (In many cases, that’s exactly what we did!) In the early days of starting CustomMade, it was easy to go for the cheapest and most available resource possible.

In the beginning, when we were a two-person operation working out of my one-bedroom apartment, we solicited talent through Craigslist and online platforms. At some point between 20 and 30 employees, we realized that we really needed to start finding specialized people who filled specific needs within the organization.

We received many recommendations for talent, and also started to actively recruit talent from other companies we admired, including Amazon, Zappos, Zipcar and more. We’ve found some incredible talent with a deep bench of expertise early on and there’s no way we’d be where we’re at today without it.

This interview has been edited and condensed. 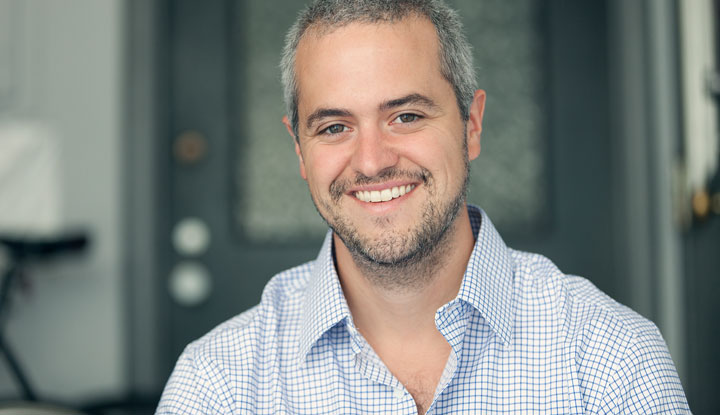 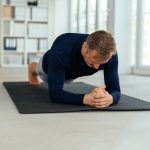 How Entrepreneurs And Executives Can Create Healthy Habits 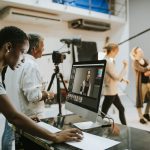 A Guide To Video Marketing For Businesses 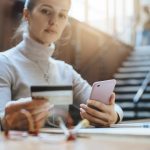 3 Benefits of a Business Credit Card 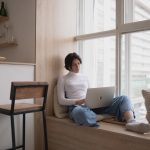