The innovators of today are criminals . . . those who break "laws" in order to achieve a better tomorrow. But only when their goal is achieved will...

Make no mistake, creativity is nearly always criminal. It searches beyond what is accepted and seeks to disrupt and underpin society’s rules, sometimes so recklessly that those watching (in horror) often believe it will destroy the very fragile structures that stood before it.

So, in essence, the innovators of today are criminals . . . those who break “laws” in order to achieve a better tomorrow. But only when their goal is achieved will they emerge as heroes who saved the day.

However, after a company has reached a certain level of success, there is a large possibility that it’s own institutional structure will eventually stop it from being criminal. Founders becomes less concerned about paving a new path and more concerned about safeguarding their market position. [What was once a “dangerously” innovative startup soon becomes like the market around them. They must innovate . . . or die.]

A startup is dangerous because it doesn’t have to play by the rules that larger and more established companies play by. On the contrary they must be creative enough to see around, below, and through in order to make their way up the market. But the path is not of least resistance.

However, many startups are likely to wither and die as the market forces them out or as they  become sidelined due to their lack of imagination. Just that more hungry and confident, just that much more experienced and tougher — [larger companies are poised for the kill] and move fast to seize their market share. [But as your grow, learn key lessons from their faded glory . . . giants that once embraced their criminal pasts.]

The fortress of a giant company allows no entrance into it’s gates. It consumes anything in it’s path, under the mistaken belief that all growth is good growth (like the cognitive dissonance of pr companies under the myth that all publicity is good publicity). No longer swift, it acquires other agile companies through mergers and acquisitions (that fail over 70% of the time) as it slowly infects the agile startup by giving it senior advice rooted in ritualistic “tried and true” methods; only to see passionate leaders of the upstart jump ship, foreseeing the inevitable demise.

Inside behemoth companies lies gatekeepers, enforcers, savants, and “the others”, now the keepers of the stead. They’re called the creativity zappers, looking for those defying the very codes their success was built on (because they believe they have found the way).

The employee handbook is coined their holy grail, printed with regurgitated and “fluff”core values about quality, efficiency, and loyalty. Somewhere in a nostalgic past the enforcers remember [better days]. Newcomers see it as branding, a way to talk to clients. At the very least it is a collection of closed blinds so they don’t have to look upon the leaky vessel they’ve truly become. But what really matters is keeping their own status quo; they stopped the voyage long ago and sustaining efforts are a sad excuse for an excessive marketing budget.

[Company culture no longer embraces new ideas.] Most ideas launced will fail, because it’s now too edgy. It’s not about “letting people in”, it’s about shaping them up. It becomes more about conformity to an inner culture and less about ideas. Before you know it, you are in the business of maintaining marke tshare and finding ways to maximize profits from existing customers. Which is code for “do what you did yesterday, then do what you did yesterday again.”

Between institutionally developed risk aversion and a “we’ve arrived” syndrome larger companies choose to sustain their collective intuitions, keep the knitting close, and vow to never over expose themselves. So “great” ideas won’t ever surface here.

Just like the grandfather that partied in his teens, 20’s, and 30’s once called “Gypsy Jimbo” who current day wouldn’t dare listening to a word of pop music or utter a “curse” word, he is slowly fading into the background. Giving up the creative years, those fine criminal years, for a place in the shade as he slowly gets prepared to leave (hopefully remembered for his epic younger years when he once dared to ignore the status quo) . . . regretfully now.

Spread Anarchy and Create Something Amazing

Steve Jobs, an American entrepreneur and co-founder, chairman, and CEO of Apple Inc., insisted that if he hadn’t created Apple he would have probably been a criminal. Jobs’ mind simply didn’t take to the rules. His thoughts were intentionally rebellious to typical boundaries, swimming around and past tried and true, unspoken rules that everyone followed (because that was the best way through).

He attempted to spread this anarchy to everyone around him, with a focused stare causing others, if only for a moment, to lift their boundaries and “see” in new ways. It was just enough time to give them the guts to break the rules and create something amazing.

Like Jobs, let’s nurture our inner rebel … embracing the creative criminal inside [every genius business mind]. The nice guy finishes last and the best man doesn’t always win because they were programmed to think inside the box. They were told to follow the code.

I dare you to look at that box and burn it. Burn it until only ashes remain. As it burns I want you to look beyond it, because now you are in the land of freedom, the land of possibilities beyond what you thought you were capable of doing and becoming.

If you don’t burn the box, then nature eventually will, and you (along with the company you founded) will burn up with it. But if you choose to burn it now, you . . . yourself, will be able to see beyond the [safe choices]. Now that’s scary. That is exhilarating. I would even dare say that . . . is criminal.

Christian Ramsey is an ethnographer (researcher) at ESP Collective specialized in applied anthropology and design thinking to make sense of today’s consumers (we study humans for a living). ESP Collective is enabling companies to build desirable products and services that match true customer needs. Business today needs a better understanding of human behavior and how we make meaning in our world. ESP Collective delivers a nuanced understanding of this idea and how to apply it to products and services. Visit their blog, The Quotidian, at blog.helloesp.com. 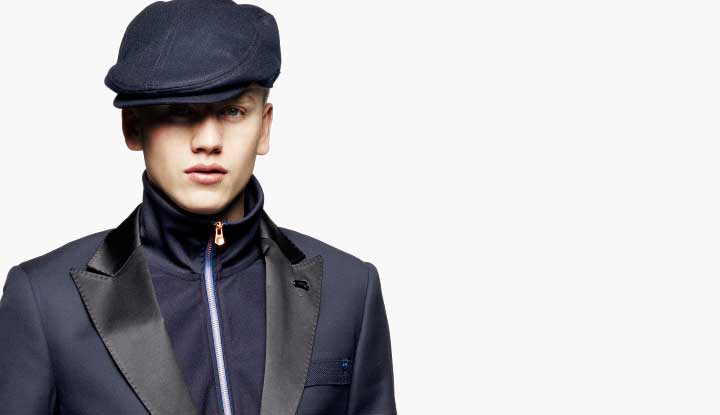