Here's a look at ten Frank Underwood quotes, and underlying business lessons, every entrepreneur can learn from.

If I agreed with you we’d both be wrong.

This is the sort of thing Frank Underwood would defiantly utter, while throwing back a rack of ribs. In fact, most likely he has … said something quite like this. And that’s what makes Underwood, played by actor Kevin Spacey, a complex character–captivating, fascinating, conniving, and deplorable. All of those contradictions wrapped up into an antihero millions of viewers love to hate.

Frank Underwood (F.U.) is the lead fictional character of ‘House of Cards‘, an American political drama television series, developed and produced for Netflix. As life would have it (set in present-day Washington, D.C.) S.C. democrat Frank Underwood (and House majority whip) decides to plan his revenge on those who betrayed him, after being passed over for appointment as Secretary of State. No spoiler alerts here (catch up with Season 2).

Francis, as Claire (his scheming wife who he loves “more than sharks love blood”) likes to call him, is the show’s protagonist, and he “reel[s] us in by talking directly to the camera. We are compelled to join their conspiracy, even if we know it’s wrong. Underwood appeals because we want to know how he’s going to get out of this one,” The Telegraph’s writer Dr. Tim Stanley explains. Simply put, Underwood is good at being, “Oh, so bad.”

But there’s more to be gleaned from the Gaffney (South Carolina) proud, democrat who cares little for ideology in favor of “ruthless pragmatism” to further his own political influence, power, and gain.

Here’s a look at ten Frank Underwood quotes, and underlying business lessons, every entrepreneur can learn from. Because after all, we love being the boss. We love entrepreneurship “more than sharks love blood.” 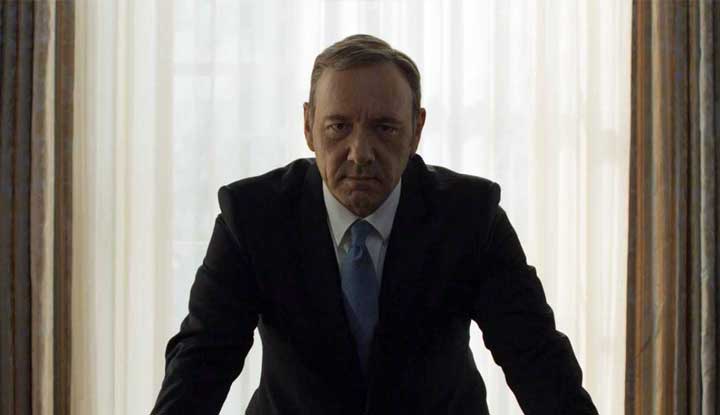