Op-Ed: In Startups, You’re Not a Rock Star Unless You Produce Results

At startups, politics and posturing cannot be tolerated. Prestige, such as it is, correlates directly to results. If you produce, you’re a rock star. If you don’t, you...

After my startup, Speek, raised a large round of seed funding, we began to build out our full-time staff. This was an important undertaking, as every new hire was critical to improving (or degrading) the natural culture the company had already started forming. As we went through this process, I couldn’t help but think back to another great culture which I’d been lucky enough to be a part of … and interestingly enough, it was High School.

I attended DeMatha High School in Hyattsville, Maryland. There is no place of which I am prouder. At DeMatha, they had figured out how to instill the expectation of greatness. Winning wasn’t a bonus — it was presumed.

At DeMatha, All-Americans, Merit Scholars, and nationally recognized musicians surrounded you. Every morning over the loudspeakers you heard about championships won, awards earned, scholarships signed. No one ever said, “Man, I really hope we win it all this year” because it didn’t need to be said. Anything less than winning was a failure; an embarrassment.

I made the varsity baseball team as a sophomore (which was rare) and felt extraordinary pressure — pressure I’d never felt before, even after having played for multiple state championship teams.

When I attended DeMatha, I lived in Centreville, Virginia, and wasn’t old enough to drive, so I took a series of buses and trains and then walked a mile carrying my books and baseball gear to get to school. Then the Filson family — who lived close to the school — was kind enough to let me live with them during the week.

Looking back at that commute and living away from home, it sounds really hard, but it wasn’t. I wanted to be a part of DeMatha. My graduating class had fewer than 200 kids, but a hefty majority of those kids were great at at least one thing.

We had several athletes who went on to play professionally — 11 football players alone got Division I scholarships. An astounding rate of graduates matriculated to Ivy League colleges or military academies.

If you weren’t great at DeMatha, you didn’t fit in.

An Expectation of Excellence

This expectation of excellence didn’t apply to students only; it applied to teachers as well. DeMatha retains the best teachers around. Most of the teachers had been there for decades and were masters of their craft. The younger teachers were expected to get great quickly or find their way to the door.

Creating a culture of expected greatness is difficult. I am still not entirely sure how DeMatha did it. There was nothing overt: I never heard the school administrators giving talks about greatness, never got memos under the subject “Re: Winning.”

There were no consultants. Greatness was intrinsic to the culture.

And maybe that’s the secret to making your startup’s company culture more like DeMatha. It isn’t overt, it’s intrinsic. Not explicit, but implicit. It’s not posters with eagles and buzzwords like “Perseverance”— it’s a crystal-clear understanding of high expectations.

It’s leading by example. It’s giving more than you ask for, and asking for a whole hell of a lot. It’s not “solidarity retreats” at some faux-rustic Sheraton in the woods where you play name games and do trust falls.

It’s inviting the whole dev team over to your house for the weekend (while your wife and kids are away) for a programming marathon — fun and team-building, sure, but also incredibly productive.

It is doing everything well. It is learning from every experiment, considering carefully every choice. It is doubling down on every hand you play; going all in.

At most 9-to-5 corporate gigs, employees are constantly looking for approval. It can’t work like that at a startup. Excellent work is expected, not a cause for celebration and certainly not a reason to brag.

At startups, politics and posturing cannot be tolerated. Prestige, such as it is, correlates directly to results. If you produce, you’re a rock star. If you don’t, you probably don’t belong here.

Ultimately, what DeMatha taught me is that when it comes to talent, like attracts like. Great people want to be immersed in greatness. Greatness begets greatness.

And that’s a great place to start.

Danny Boice is the CTO of Speek – a 500 Startups funded startup that lets users do conference calls with a simple link (speek.com/YourName) rather than using phone numbers and PINs. Danny contributes regularly to the Wall Street Journal, Washington Post, Pando Daily, Fast Company and other publications. He attended Harvard undergrad and did advanced studies at MIT. Connect with @DannyBoice on Twitter. 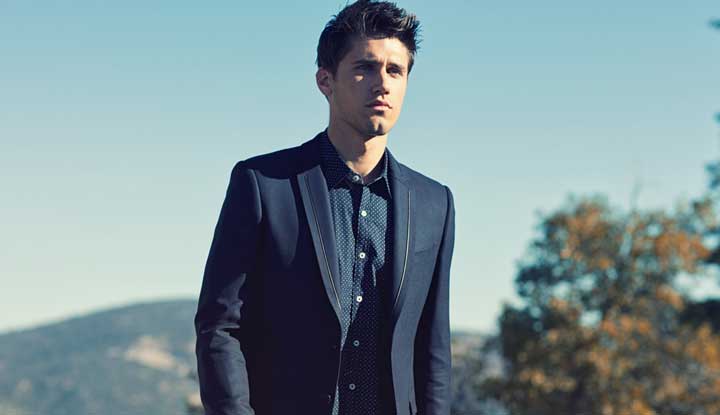