While it’s yet to be seen if smaller fish will rule the oceans, it’s clear that these innovative startups will fuel the business landscape of tomorrow.

“You don’t learn to walk by following rules. You learn by doing and falling over.” – Richard Branson

I think this is what the estimated 472 million entrepreneurs who attempt to start 305 million companies every year try to do. (Source: Global Entrepreneurship Monitor) Gone are the days when you had to be a ‘big fish’ (i.e. large enterprise) to survive and thrive. If you look closely, perhaps you will notice that being a big fish is no longer as desirable as it once was.

Why Big Fish Are Poised to Lose More ‘Ground’

A lot of startups are challenging big business these days — and giving them a run for their money. Why is this happening? Why are well-established, well-funded, and larger organizations losing ground to new (and much smaller) enterprises? Simply put, ‘smaller fish’ (i.e. startups) are willing to risk much more than their larger, and less agile, counterparts. Startups will not flinch when tasked to do new things, while large enterprises revel in status quo.

Over the last few decades we have witnessed tremendous acceleration in the pace of innovation. Big fish are besotted with challenges in this new digital world. First, their size makes them sluggish. Their inherent bureaucracy makes them slow to adapt to the steady pace of change. Smaller, nimbler, and more agile ‘fish’ are leveraging digital technology and directly seizing market share of their slower rivals.

According to management guru Clayton Christensen, large enterprises have a mistaken belief that their products are the benchmarks for performance. A classic example is the Kodak moment of failure – they were so focused on their photographic film that they were completely blind to the digital revolution unfolding right in front of their eyes and missed a great opportunity.

[pullquote]”Big fish are besotted with challenges in this new digital world. First, their size makes them sluggish. Their inherent bureaucracy makes them slow to adapt to the steady pace of change. Smaller, nimbler, and more agile ‘fish’ are leveraging digital technology and directly seizing market share of their slower rivals.”[/pullquote]Interestingly Christensen mentions that many Goliaths often flounder because they are busy catering to the high end of the market. In the process, they create a vacuum underneath, thereby providing an entry point to new companies. Another pitfall is marginal thinking, wherein established companies decide to stick with the familiar; opting for smaller marginal costs and giving up on disruptive innovation.

In contrast (See Figure 1), today’s startups are leveraging technology to implement new product ideas, find new entry points, enter new markets and cater to new consumer segments. For instance, the founder of WhatsApp figured out the potential of mobile apps early on and created an instant messaging service for mobile users. Another well-known startup, Shopify, successfully provided a platform for online retailing, and is now looking to gain a foothold in traditional bricks-and-mortar retail as well. While Indian startup, Newshunt, found a gap in regional language news curation and became the number one news app on Google Play. 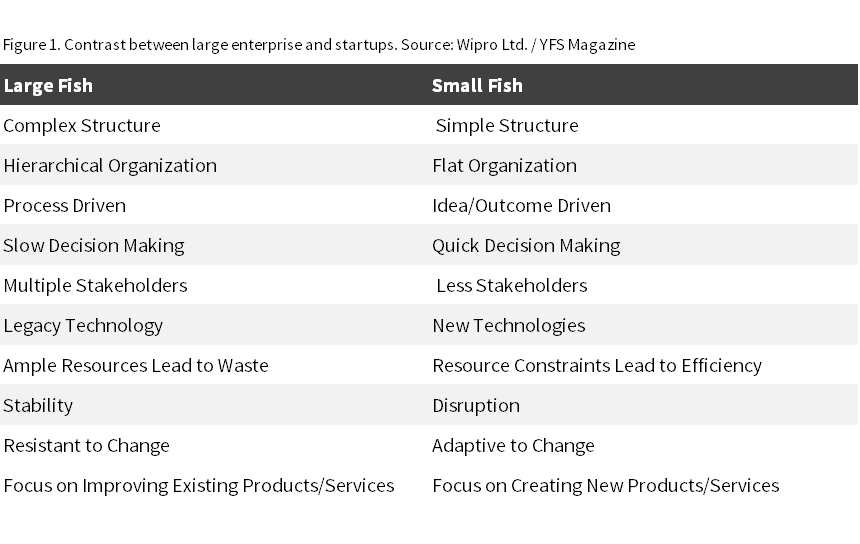 While all of this good news seems promising it is not the full picture. Many startups have faltered. A number of them have tasted initial success, but then got too comfortable with their stability; which has proved to be their undoing.

Zynga is an apt example; a gaming company (known for online games like “Farmville”) that started off well, but soon turned complacent, and did not see the obvious: the need to switch to mobile. Today, Zynga is reeling under losses, and a recovery seems far in the distance unless they revert to the bold upstarts they once were.

Still, I believe that today smaller businesses have some inherent advantages that propel them to success. These are structural simplicity that allows agility and resource constraints that push for innovative problem solving. 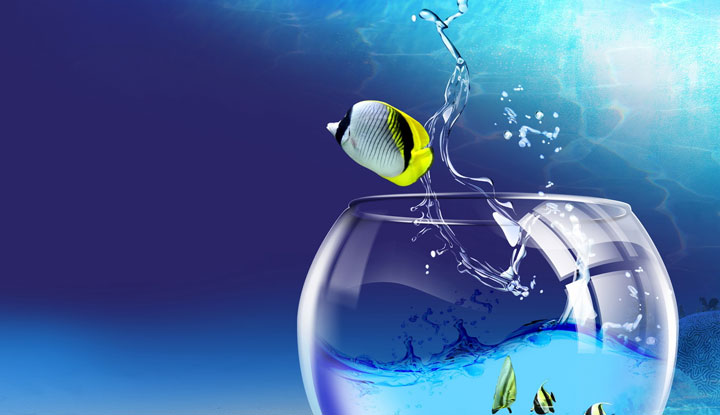