Dear Entrepreneur, When You Hear This Advice Please Ignore It

Everyone said it couldn’t be done, but that was only because no one had done it. Where others saw something impossible, we saw an opportunity to be first...

[pullquote align=”right”]”Everyone said it couldn’t be done, but that was only because no one had done it. Where others saw something impossible, we saw an opportunity to be first in a space with huge growth potential.”[/pullquote]In 2011, my friend and I saw an opportunity to develop a hyper-accurate keyboard app — one that enabled users to type without looking at the screen. We knew we could change the way people interacted with mobile technology. Our idea would eliminate the apologetic email signatures, stop people from walking into things while texting, and truly let us ditch our laptops. It would break down barriers to the “Internet of Things.”

Everyone said it couldn’t be done, but that was only because no one had done it. Where others saw something impossible, we saw an opportunity to be first in a space with huge growth potential.

Overcoming The ‘It Will Never Work’ Advice

When your business ideas are ambitious, the industry will inevitably try to make you quit.

For example, one of the first people to “shoot us down” was an angel investor. We had barely finished our investment pitch when he rejected us outright. “A touchpad keyboard for the blind isn’t feasible,” he said. He further suggested that since Apple’s iOS didn’t allow real integration of third-party keyboards; without the iPhone, the app could never truly be successful.

I countered both objections. Within minutes of our departure, he emailed our mutual contact, complaining that we were “strong-headed” and “ill-informed.” This was a preview of the most common objection we faced: “It’s never been done before.”

Too many people mistake things that have not been done for things that can’t be done. Real opportunities come from ideas that haven’t yet been acted upon.

Benefits of Attempting Something New

Creating an opportunity from something new provides a competitive advantage in the form of:

Had we listened to our critics, we would have never started. But when developing a revolutionary new product, it’s not the critics who matter — it’s your user base. You need a devoted group of early users who can offer feedback and help improve your product.

“Had we listened to our critics, we would have never started. But when developing a revolutionary new product, it’s not the critics who matter — it’s your user base.”

During development, I learned that the iPhone’s accessibility options made it popular with blind users, so we brought our prototype to the blind community. Their skepticism quickly gave way to excitement, and for some, the experience was so overwhelming they wept. The prototype was basic. But suddenly we had thousands of real users invested in the growth of the product. Their feedback helped each version evolve exponentially.

We learned that once you have passionate early users, you need to find a way to turn perceived barriers into opportunities. When we released a public beta of our app on iOS, many people thought we were crazy (i.e., Due to Apple’s restrictions on third-party keyboards). But in February, we opened our API to any developer who wanted to use it, transforming the restriction into an opportunity for growth.

[pullquote]”If you ignore opportunity, it will vanish. But when you embrace it, there will always be more.”[/pullquote]This historical iOS barrier we faced was enough for plenty of people to reject our idea altogether. But because we pursued the opportunity, we are now celebrating 1 million downloads.

Many entrepreneurs fail because they are afraid to do things differently. But learning to create opportunity is a skill like any other. You can become better by networking, keeping an ear to the ground, and positioning yourself to capitalize on a shifting market. It’s also important to devote several hours a week to trying things that are new, crazy and potentially groundbreaking. If you ignore opportunity, it will vanish. But when you embrace it, there will always be more.

Ioannis Verdelis is the co-founder and COO of Fleksy, a revolutionary keyboard that makes typing on a touchscreen so easy you can type without even looking. Connect with @ioanv on Twitter. 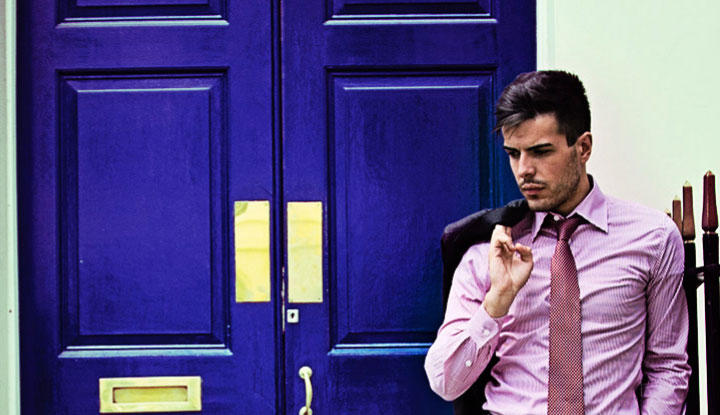