Global Talk: How Can We Make London More Affordable For Startups?

Arguably the slow death of Silicon Roundabout is upon us. In simple terms, it's classic gentrification.

London’s booming tech industry is set to put £12 billion into the economy over the next ten years. This is no meager feat for a sector that’s major growth spurt happened during a recession. Hence it has become a major source of pride in government economic policy.

But when office rents have shot up–as high as 30% in four years–Silicon Roundabout (i.e., a technology cluster located in Central and East London, UK) has become arguably too expensive for the sort of startups that made the area what it is today. Yes, there is a strong case for investment spreading beyond London, but the existence of similar hubs in New York, Berlin and of course, San Francisco, show that the ‘digital cluster’ model works.

“Yes, there is a strong case for investment spreading beyond London, but the existence of similar hubs in New York, Berlin and of course, San Francisco, show that the ‘digital cluster’ model works.”

This same issue arose in Silicon Valley as it evolved and it’s not about startups anymore “because, you see, Silicon Valley is composed of people that made 1 million users in a day, that sold companies for $500M+, that made more than 750 investments, that manage billion-dollar funds,” according to VentureBeat contributor Armando Biondi. “The Valley has always been excited about doing hard things, and if starting companies is not hard anymore and everybody can do it, it’s not exciting anymore. You know what’s hard and exciting, instead? Scaling them.”

This type of scale brings skyrocketing real estate prices along with it. Julia Hartz, the co-founder of Eventbrite, “‘wanted to ‘throw up’ when she signed her company’s lease in San Francisco.’ She told [Business Insider] that commercial rents in San Francisco have tripled over the past two years. She estimates that staying in San Francisco will cost Eventbrite an extra ‘tens of millions of dollars.’ ‘It’s very hard to stay in San Francisco as a growing tech company,’ she says.”

Victim of Its Own Success?

Arguably the slow death of Silicon Roundabout is upon us. In simple terms, it’s classic gentrification. Shoreditch (Editors note: the area of London dubbed ‘Tech City’) was popular because it was cheap, but as the tech industry grew up and swelled with hip young professionals property values rose. It’s a classic combination of desirability and supply and demand.

The biggest death knell for cheap office space was probably the moving in of multinationals. The Google Campus in particular is much-maligned. Firstly, it artificially inflates property value (because Google lives here!) and secondly, big companies come with big pockets. Landlords want them to outbid the little guy, and the big guys are happy to oblige.

It’s important to realize that this extends to residential rents as well. If the whole point is that everyone is round the corner from each other, socially as well as professionally, the model falls down when a Shoreditch tech job comes with an hour commute.

Beyond the Silicon Roundabout

The most obvious solution (and it’s already starting to happen) is to just set up shop somewhere else. Shoreditch is dead, long live Hoxton. Further East makes most sense as the Old Street hub is still easily accessible, but lower rents are available. The government is already pushing Stratford as the new centre for tech, though it looks like Americans will come early to that party. 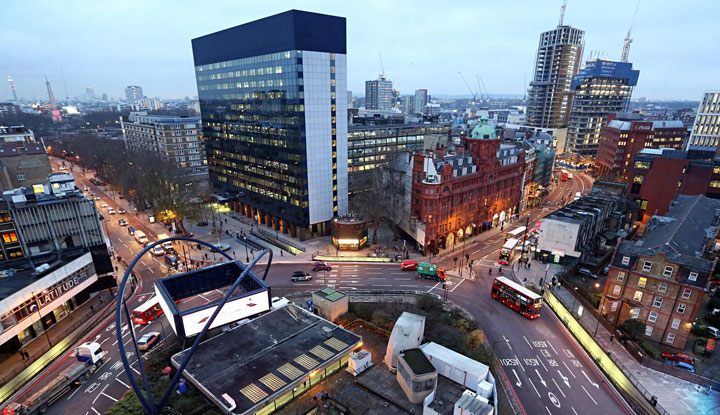