The 3 Most Common Mistakes in Digital #Marketing by Startups

You have reached the point where another cup of coffee won’t make a difference. In fact, a whole pot wouldn’t give you the energy you need to complete all of your digital marketing tasks. (Search Engine Journal) @adamlundquist

The benefits of targeted tax incentives for startups and innovative companies may be weakened and sometimes eliminated in part because they may be limited in their ability to use tax deductions and credits, according to a new report. (CFO) @PrfrmnceOptmst

The tablet … it has a reputation. No matter how many thrilling ads Apple puts out about composing verses and doing crazy cool DJ stuff with iPad, people often consider it more of a media consumption device than something you use to create things. (Re/code) @LaurenGoode

US Eases Restrictions On Imports From Cuban Entrepreneurs

Another huge barrier between America and Cuba fell on Friday, when the US eased import restrictions from the island. Tobacco, however, remained on the banned list. Cuban entrepreneurs will be allowed to sell items to the US again, the State Department was set to announce on Friday, though many goods will remain under embargo – including the cigars for which Cuba is famous. (The Guardian) @Joannawalters13

If you’re into the idea of using your phone to take product photos, you should also know that there are a slew of terrific apps available that can help you capture, edit, and share gorgeous product photos all on your phone. Here are some of my favorites. (Practical Ecommerce) @jlawrence176

Often heralded as the great land of meritocracy, Silicon Valley is a reimagining of the American frontier pioneered by a geeky mix of libertarian engineers, frat-boyish chief executives and powerful venture capitalists who run the action with multi-million-dollar funds. (CIO.com) @kaneshige

Despite tech savvy and higher levels of education than prior generations, mounting student debt levels are beginning to drag down younger Americans’ start-up ambitions, according to a new report.”Saddled with student loan debt, millennials can’t afford to be entrepreneurs,” according to 2015 state of entrepreneurship report from the Kauffman Foundation, a nonprofit devoted to studying entrepreneurship. (CNBC) @katerogersnews

8 Celebrities With Lucrative ‘Side Businesses’

Pop music diva Beyoncé is about to add “vegan delivery service owner” to her long list of accomplishments. According to the New York Daily News, she has joined forces with her trainer Marco Borges to launch 22 Days Nutrition, a company that will bring three vegan meals a day to your doorstep. The price is $609.84 for 22 days, like the name says. (Fortune) @danielbukszpan

The photo-sharing site Instagram is in a transition phase between personal and business use. Unlike Facebook or Pinterest, for instance, the site offers no business-specific features.That has not stopped retailers from flocking to the site in hopes of garnering the attention of Instagram’s recently announced 300 million user base, 60 percent of whom fall between the ages of 18 and 34, according to data from Adweek. (Practical Ecommerce) @pchaney

If there’s broad agreement that small businesses are the engine that powers the American economy, shouldn’t it be easier to fuel the tank? Access to credit continues to bedevil too many U.S. entrepreneurs. Eighty percent of small business loan applications are rejected, according to some industry estimates, and more applications than we can count are never filed because of the difficulty of getting an appointment with a loan officer. (The Huffington Post) @MCS4Biz

7 Startup Metrics All Entrepreneurs Must Track

Not spending enough time gauging your business’ progress can be just as harmful as wasting your time with needless emails or Excel sheets. You may be so focused on getting your business to the next level, chasing funding and finding the right talent, that you are ignoring developing metrics to monitor your success. (Chicago Tribune) @earlygrowthfs 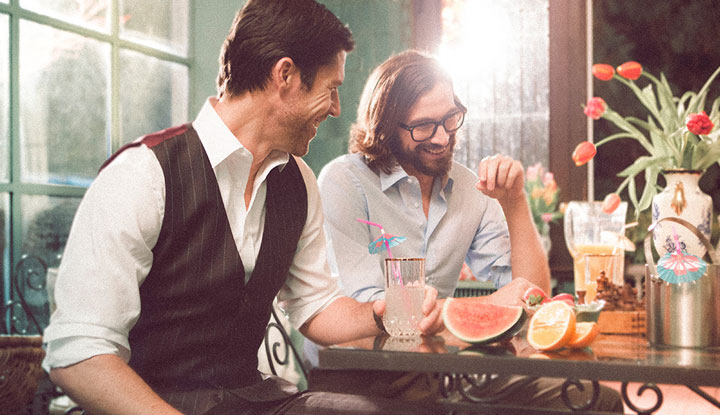