Change Is Hard: Is Cognitive Dissonance Holding You Back In Business?

I was recently enlightened about how often we simply can’t get out of our own way in an effort to improve ourselves and become more successful.

Which statement resonates most with you?

The realization that change is hard punched me in the nose recently. I was enlightened, after reading a blog post that discusses why businesses have a hard time fixing what’s broken. Often, we simply can’t get out of our own way in an effort to improve ourselves and become more successful.

For example, my days are filled talking to sales representatives about changing their sales strategies — whether it is something simple or something more complex — but the root of the discussion is always about new opportunities.

Yet, according to the article, what I thought was helpful problem solving may have actually been reinforcing the opposite behavior. In fact, my actions were “complacent.”

Why Change Is Hard

A much larger force was at work, called cognitive dissonance. “People tend to seek consistency in their beliefs and perceptions. So what happens when one of our beliefs conflicts with another previously held belief? The term cognitive dissonance is used to describe the feelings of discomfort that result from holding two conflicting beliefs. When there is a discrepancy between beliefs and behaviors, something must change in order to eliminate or reduce the dissonance.”

Social psychologists Carol Tavris and Elliot Aronson co-authored a book entitled Mistakes Were Made (But Not By Me). The book takes a look at the “role of self-justification in human life, explaining how and why we create fictions that absolve us of responsibility and restore our belief in our intelligence, moral rectitude, and correctness.”

“Researchers selected people who either favored or opposed capital punishment and asked them to read two scholarly, well-documented articles on the emotionally charged issue of whether the death penalty deters violent crimes. One article concluded that it did; the other that it didn’t.

If the readers were processing information rationally, they would at least realize that the issue is more complex than they had previously believed and would therefore move a bit closer to each other in their beliefs about capital punishment as a deterrence.

But dissonance theory predicts that the readers would find a way to distort the two articles. . . .This is precisely what happened. Not only did each side discredit the other’s arguments; each side became even more committed to its own.”

I can think of many times when my mind took me down this path. It’s human nature, but it’s also destructive thinking from a professional standpoint.

Many sales representatives I talk with swear they are looking for new strategies, yet when presented with a specific opportunity, they find a dozen reasons not to try it.

They’ll say, “I’ve tried that and it didn’t work,” or “that won’t work in my area.” This is when “yes” really means “no,” even though it sounds like “yes”: it’s cognitive dissonance at its best.

Is this you? If so, cognitive dissonance may be holding you back from valuable opportunities.

Drew Gurley is an established executive in the financial services arena and co-founder of Redbird Advisors. Drew has developed hundreds of successful financial services agencies from the ground up and he has worked one-on-one with nearly 1,000 financial professionals across the U.S. Drew’s work with Redbird has helped thousands of agents and advisors build a stable foundation for their personal businesses. A version of this article original appeared on the author’s blog. 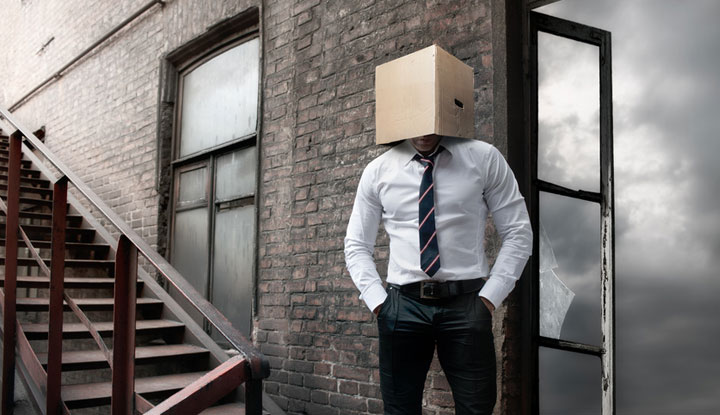