Are the successful merely just lucky, or, is it more acumen and work ethic that directed their success?

In his book Unprofessional, entrepreneur Jack Delosa (named to the BRW Young Rich list, in the education sector) mentions that many of the naysayers on his path to success now consider him “lucky”.

It’s an intriguing thought, as many stories can be told of business professionals and indeed tycoons who teetered on the brink of disaster before fortune seemingly floated their way in the “luckiest” of circumstance.

It begs an interesting question. Are the successful merely just lucky, or, is it more acumen and work ethic that directed their success?

Richard Branson, brushes with death in adventurous pursuits aside, was undoubtedly (and from his own account) tremendously fortunate. In his autobiography Losing My Virginity, Branson gives account of how Virgin Records’ first signing (and ultimate global success) Mike Oldfield and his 1973 album “Tubular Bells” almost single handily carried Virgin from the brink of financial disaster on numerous occasions.

The albums global distribution was, itself, brought on by chance when Atlantic Records director Ahmet Ertegun was playing the album in his office and in walked renowned movie director William Friedkin, who was looking for music for an upcoming film.

Friedkin heard “Tubular Bells”, and was all over it, choosing it for his backing track. This decision scored Branson a U.S. deal with Atlantic Records. The albums enduring success carried Branson’s Virgin Records label through many financial fires.

Yet, the angel of fortune aside, how can one ignore that few worked as hard, or as smart as Branson? Perhaps opportunity came his way because he is an opportunist.

Good Fortune, An Inside Look

J.K. Rowling went from welfare to billionaire. Oprah Winfrey was born into poverty to a teenage single mother. The list of successful individuals not born into privileged backgrounds, but who were indeed underprivileged, is exhaustive. So too is the list of those born into privilege who lost it all or amounted to very little.

It seems reasonable then, that more than where or to whom we are born, it is we that create our own luck.

I recall hearing PayPal seed investor Peter Davidson, who was quite adamant, say that much or all of his success was due to fortune and luck. Perhaps this is true to an extent. But lady luck didn’t give Peter the savings, courage and initiative as a young man to fly to Silicon Valley at the dawn of the tech boom.

It’s amusing to see a contestant win a national singing contest such as ‘American Idol’ only to discover that they had been busking on the streets and possibly performing in a dingy nightclub for the past 10 years.

These artists didn’t miraculously accrue talent from that position to winning American Idol. Rather, not only did they work hard from year to year, they also put themselves in a position where they can be seen and heard and it is from that platform they were discovered.

In basketball there is a shot called the half-court court shot; approximately 45 feet away from the ring. To score from here is generally seen as a fluke or lucky shot. A particular professional basketball player however, seemed to possess an uncanny knack for hitting half court shots.

After a game where the player hit yet another half-court shot, a journalist said to him in almost bewilderment: “You must be the luckiest player in the world to be hitting all these long-distance shots.” The player just looked at the commentator for a moment before replying, and replied: “You know it’s funny, the harder I work, and the more I practice, the ‘luckier’ I get.”

You Hold the Cards

Others may occasionally get dealt a better hand, yet ultimately you hold the cards to create your own fortune. Good fortune is helpful, you are essential. Maximize the talents and blessings you are given—squeeze them to the last drop.

Be an opportunist, put yourself out there, hustle like crazy, and finally, good “luck”.

Craig Merrett is a serial entrepreneur from Adelaide, South Australia. He enjoys sharing his insights and has been featured in numerous national and international publications. Craig is 50% of danandcraig.com. 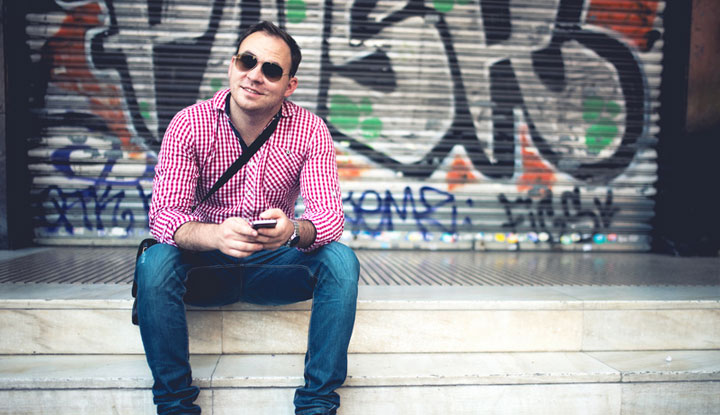