I concede, this may sound a tad dramatic at first glance. But I assure you, there is immense value derived from these two words.

In an article entitled, 3 Profound Entrepreneurship Lessons You Wish You Knew Sooner, I shared three lessons entrepreneurship will inevitably teach you. Here’s a look at three more lessons, co-authored with Evan Ehrenberg, co-founder and CEO at Xperii Corp.

I concede, this may sound a tad dramatic at first glance. But I assure you, there is immense value derived from these two words. I am not advocating launching an all-out affront of heroic proportions. Rather, I suggest that to “seize the day” can be linked to a much less grandiose theme: Deliver tangible progress for your pursuit every day.

This means taking actions to actualize your company.   It is all-too-easy (especially in today’s tech savvy world) to spend a great deal of time in the formulation phase—thinking of ideas and the process of assessing their validity. To be fair, entrepreneurial endeavors often come about when least expected, or through the contemplative iterations of taking “broken concepts” in society and making them better.

However, idea formulation does not make companies, it merely makes ideas for companies. Where the true “value” enters the picture is from the concrete materialization of ideas into actions that build your company and tangible results.

Do this every single day—never let a day go by where you didn’t make a result happen.   By results, I don’t mean you must produce earth-changing monumental steps every day. Results can be as simple as having sent an e-mail to a contact, worked on document drafts, or picked up the phone to assess interest by cold-calling potential customers.

The value is derived from being able to say “I accomplished something today that is contributing to the progression of my idea into a finalized venture.”

It is easy to get caught up in the details life often throws our way. The best route to grow your business idea is to not let a day pass by without making some level of progress. Not necessarily milestones, just something “tangible.” You’ll find that when you accomplish the “little things” you won’t stop there and momentum will simply continue to build. So, go ahead and carpe diem.

In a society ravaged by an epidemic of titles, we often rely much too heavily on the verbiage placed before our names—the demarcations commonly associated with ranking employees. This neglects the need to look beyond “on-paper roles”.

An idea can only grow if you and your team are able to adapt and assume the “hats” of different job functions that must be performed. While a job title may be assigned for general purposes, the roles (especially in early-stage startups) of individuals is simply much broader.

Indeed, when we narrow our scope to an individual role, employees may find themselves trying to improve the work that falls under their title, and miss the forest for the trees by not focusing on how their work can improve the company as a whole.

Do what needs to be done. Cross-functional teams are more productive—venturing beyond narrow roles to make progress. The concept of a jack-of-all-trades role is not too far off. If rigid task assignments are rampant, it stifles interest to transform an idea into big-picture reality.

At early points in the growth of your business idea, the need for rigidity is low. Be open to assuming another “hat” from time-to-time; titles don’t mean everything, and in startups they mean little more than nothing.

Lesson #6: Failure is a step in the process (check).

Setting out to develop an idea is not a path free of detours. Along the way are countless moments of self-questioning, fear of failure, and second-guessing your plans. This will happen quite often during the course of cultivating your idea, and it’s to be expected.

What is commonly viewed as a hindrance to progress is actually a quintessential step in the process. Failure is bound to happen more often than not. It may be a disastrous product launch, or something more trivial like a product design flaw. In either case, the expectation of perfection is inherently flawed.

The goal is not to exude perfection at the first go. Modifications may need to be made, tweaks here and there; the lessons learned in these “failures” go a long way in building a mentality no longer averse to failure, but open to it. Failure can make your idea better than it was before.

You can occupy your time with the fear of failing or opt to embrace instances of having made a mistake, and work to fail rapidly, so your idea can improve rapidly.   It’s a part of the entrepreneurial process. Trying to avoid mistakes entirely sounds nice in theory—but it’s not feasible in practice.

Failing (at anything) is an aversion many of us have; no one wants to experience the feeling of dread or disappointment that accompanies it. However, a better way to approach failure, though, is with open arms.

Failure can be your friend, not always your foe.

Daniel S. Williams is a graduating Advanced-Standing Senior at Boston College in the Carroll School of Management majoring in Management, with a concentration in Finance. Daniel has previously worked at several firms and startups fostering client-interactions, handling taxes, banking and filing systems, as well as marketing initiatives. He has been a part of Xperii Corp. since inception and has served in advisory roles with other ventures.

Evan C. Ehrenberg, co-founder and CEO at Xperii Corp., is MIT’s youngest ever Ph.D. candidate in the brain and cognitive sciences department. He began the Ph.D. program at the age of 16 and is now defending his thesis at 22. Evan is an expert in the domain of cognitive and computational neuroscience, and an avid entrepreneur, previously working at Palantir Technologies and launching several startups.  Connect with @xperiiapp on Twitter. 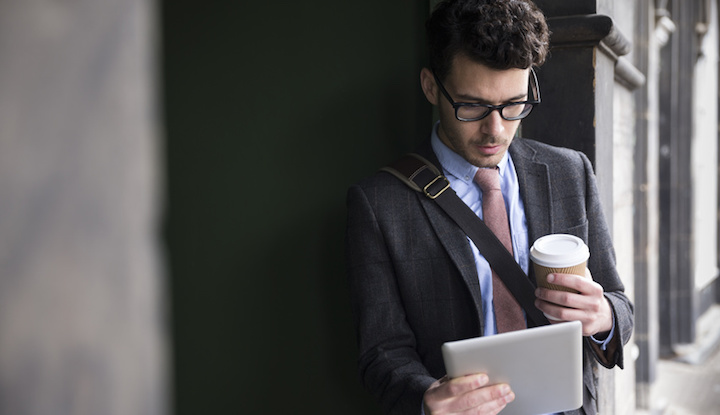