Entrepreneurs benefit from cultivating hobbies outside of work; the benefits are boundless.

Habits—described as a regular tendency, or practice—are engrained within us. From the time we wake up to the time we go to sleep, we end up involuntarily performing various habits in a day.

There is an intrinsic relationship between our actions, and the habits we form. Often, a reaction to a specific situation is based on our habits; and habits can be productive or counterproductive, depending on the impact they have on our well-being.

While certain habits such as forgetfulness and lying are easily detectable; anxiety, due to procrastination, and performing responsibilities inefficiently, due to stress in your personal life, are more complex tendencies.

The impact of founder habits

In his book The Seven Habits of Highly Effective People, Stephen Covey suggests that successful people possess distinct virtues, and individuals must get better at identifying these traits in themselves and honoring them in others.

Unlike a standard job, entrepreneurship involves living an entirely different kind of lifestyle, where the manner in which one leads their personal life directly impacts the productivity and efficiency in the office. A founder’s habits, leading by example, can have an irreplaceable impact on the workforce, inspiring employees to embrace the culture of the organization.

After identifying productive habits, in order to develop them, an entrepreneur can follow the repetition method (i.e. execute something again and again). During execution of a specific method a person is most likely to encounter a resistance to change, which can be a major hurdle. To overcome it, entrepreneurs must develop traits, such as discipline and persistence.

Cultivating the right habits through hobbies

Since not every individual is born with such traits, they can be develop through hobbies such as reading books, playing sports or performing different activities. In a career where rationality rules the roost, hobbies act as a constructive outlet for pent up emotions. They make you aware of varied topics and can add a range of dimensions to your personality.

Example of one such hobby or vocation is playing a game of darts. Here, a player gets three chances to hit the dart board, with the best possible shots. In this game, the final score depends on the focus that an individual brings to the board and the control that one possesses over their mind.

More than just acting as a break from a weekly work schedule, this type of hobby can make an individual more introspective of his or her own strengths and weaknesses, and can train a founder to do the following:

When entrepreneurs are ready to pitch an idea to a potential customer they have to clear their  mind of clutter and focus on the customers in front of them (i.e., focus on the number of darts on the board). Not getting desired results can cause a lot of anxiety and pressure to perform. If you’re able to stay calm and ease your nerve you could win “the match”. However, if you fail to overcome negative thoughts and anxiety, you’ll take a loss.

Before meeting with a potential investor, you must possess a belief that you can “hit the target” and secure capital. This belief empowers you to convert thoughts and intentions into a positive result.

After winning a contract, there is generally an increase in confidence and invariably an inflation in ego. Success can create a high with its own cocktail of side effects; and the increased pressure to perform. This pressure can alternatively lead to failure due to overconfidence. Hence, when you gain accomplishments and “win the game” don’t forget the setbacks. This balanced approach cultivates humility and prevents success from inflating your ego.

Treating a situation as a “do or die” opportunity increases the fear of failure, which will eventually spread through the ranks. During a pitch for a deal, or taking any high stakes business shot emotional detachment is important. It allows you to engage in the game of entrepreneurship with a sense of endless freedom and go for “difficult numbers on the board” – with an end goal to hit certain targets on the board before your opponent does.

Entrepreneurship is filled with examples of founders and their unique hobbies. Policy Bazaar co-founder Yashish Dahiya, for example, has been practicing for the Ironman Triathlon, the toughest single-day sporting event held every year in Hawaii.

Successful founders know the importance of leveraging work-life balance, in spite of the paucity of time.

It is not a mere coincidence that Hari-Menon, co-founder, Bigbasket.com, an India-based online grocery store, plays guitar and sings classic rock songs. Bed Bath More’s founder Amit Dalmia, a part-time DJ, calls music a big stress reliever as it helps him calm down and think better.   Research suggests that the more people are engaged in their hobbies, the more likely they were to come up with creative solutions to problems at work.

Furthermore, the same research asserts that people engaging in creative hobbies regularly do better in the workplace. Keeping these things in mind, entrepreneurs benefit from cultivating hobbies outside of work; the benefits are boundless.

Karan Kashyap is an entrepreneur, who has founded two enterprises. He has previously worked for multinational corporations such as Hindustan Unilever Limited (HUL), and World Wide Fund for Nature (WWF). Connect with @Krn_Kashyap on Twitter. 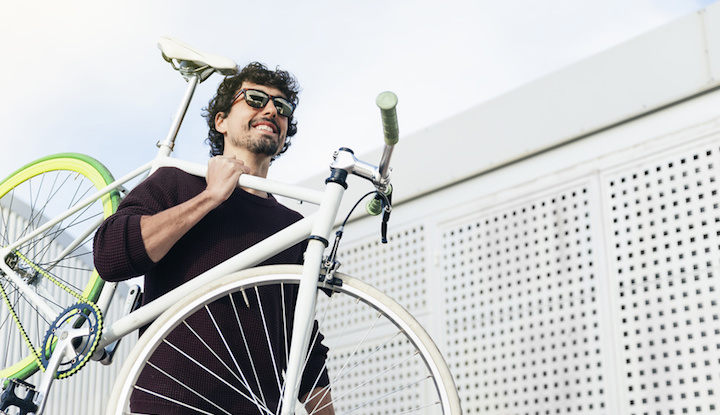