How To Become A Master Networker, And Actually Enjoy It

Although I do ultimately have the choice to be that guy sitting in the corner looking at his phone, I realize I would miss out on some fun...

Not a lot has changed, and I still get tired of it relatively quickly.

In recent years, I would attend two or three events each year that required me to walk into a room of strangers and converse with them about anything and everything.   My approach has always been: Talk to a few interesting people and leave when it seems appropriate (basically, whenever I felt overwhelmed or bored).

After becoming a part of startup scene here in Seoul, South Korea I realized that my fantasy of leaving every “party” early and attitude was unsustainable. Nowadays, I’m either an organizer, professional schmoozer (my least favorite, if it wasn’t obvious), or evangelist. None of these titles let me leave early.

Although I do ultimately have the choice to be that guy sitting in the corner looking at his phone, I realize I would miss out on some fun opportunities to talk shop, develop content ideas (for blogging purposes), or even find clients.

At first it was hard.

Before my foray into PR, I would talk to five strangers — at the most. And everyone one of those interactions had no major bearing on my career or life. Now I’ve learned to bring extra business cards in case my stack on-hand runs out.

The first startup event I attended was in Singapore. I was there to meet some of the startup founders, talk shop and look out for any opportunities. We didn’t have a booth which meant I ended up doing most of the introductions.   As I recall, the first few conversations were a mess.

At that point I didn’t know a lot about the startup scene, and even less about some of the startup terminology people like to throw around. This meant a lot of awkward silences, asking for definitions; and by the time they asked me “So, what do you do?”. . . I don’t think I sounded very – if at all – credible.

But as the event went on, I got better at networking. By the end, I remember approaching VCs and striking up conversations. Sometimes I couldn’t shake the fact that they saw me as a kid fresh out of the water. Other times, despite the screw ups, they seem to approve of the fact that I half made sense.  What changed?

During those days, and over time, the one thing I realized was this: I didn’t really have a topic to discuss when I was networking. My goal was to just start a conversation. I had a general idea of where I wanted the conversation to go, but I learned very early that forcibly dragging a conversation along was not a fun endeavor.

Another thing I really struggled with was recovering after rambling tangents. A founder would tell me about his latest meeting with a VC and how he royally screwed up. By the end of it, I had no idea how to bring a digressing conversation back to something relative. Trying to do so often seemed fake (e.g., like a car salesman trying to tell you the only reason you aren’t where you want to be in life is because your car is blue pearl and not raven black).

The most important networking lessons I learned was what to ask and how to get the answers I wanted.

A lot of startup founders are responsible for delivering elevator pitches that go on for 5 minutes – shoving in all manner of technical detail – and ultimately just confusing the hell out of me. So, instead I broke it down to things like: “How does your startup change my life?” That way, I retained some manner of sanity.

What did I learn?

I learned that networking has nothing to do with whether you’re a social butterfly. Instead, networking is a bit like browsing the Internet: You visit sites (read: meet people) and sometimes you bookmark the site because you like what you hear (i.e., exchange business cards), other times you close the tab never to return (but you do learn what you don’t like).

So if you’re not accustomed to networking events here are some quick tips to get more out of them:

Be confident in what you have to say and know what it is you want to learn from the other party.

Don’t declare things and expect people to respond to you. If you approach a founder and say something like, “I don’t think your startup has a future,” the other party may just walk away or look at you awkwardly. Instead, point out details that could start a discussion: “How did your startup intend to go past X stage of development?”

3. Know where you stand.

Don’t change your stance to appease someone during a conversation. A times, during an event, I would watch as someone would tell me one thing and then when an impressive individual (read: famous investor) stepped into the conversation, instantly they’d sell their soul, change their tune and agree on every word. People can see this, and when you get caught it’s embarrassing.

While I do still get tired with networking events, I do get more out of them than ever before. That said, I do still prepare for emergency exit plans and sufficient excuses to leave every now and then.

Sejung Yun, shares networking tips on behalf of G3 Partners, a PR firm for startups in Asia looking to expand internationally. When not helping startups go global, he can be found enabling his basketball addiction. Connect with @g3partners on Twitter. 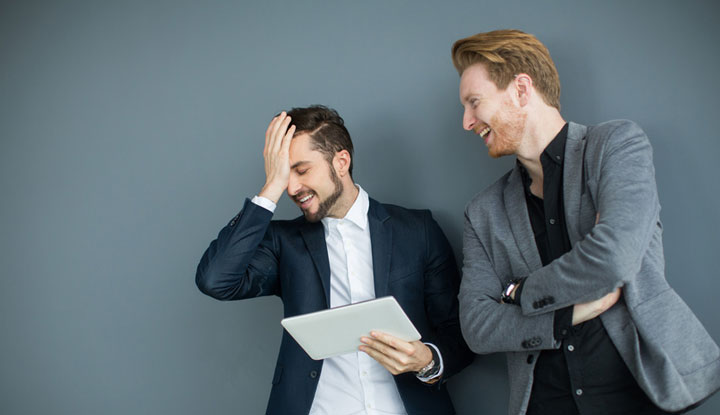