In trouble because, a split-second after the question left his mouth, my son Jonathan began doing the math: couch in basement; Jon’s room on second floor; older brother away at college. I knew where that piece of furniture was headed, and I knew who would have to help him.

Two cramped, winding staircases and one door-taken-off-the-hinges later, we – well actually, just me – collapsed on the couch in its new home, in the corner of Jon’s room.

He’s painted the walls, hung things from the ceiling, and rearranged the furniture countless times.

This most recent iteration was a function of his desire to hang three guitars on the wall, above the couch. He thought it would look cool. I sweatily agreed.

So off to Lowe’s we went, looking for hooks that would be sturdy enough and padded enough to support the guitars without damaging them, but still make it easy to take them on and off the wall.

We eventually found some – way back in aisle 7, in the garage-organizing area. They were perfect hooks, but I wasn’t sure how best to secure them to the walls. So I asked the cheery, red-vested man in the hardware section.

He took a sip of his coffee and asked us some questions:

He thought some more, took another sip of coffee and handed me a package of “butterfly drywall anchors.” “These should do the trick,” he said with a smile. And off he went.

An hour later, the guitars were up.

But you know the most interesting part of our conversation with the cheery red-vested man? How easy it was for him to point us in the right direction.

Alone, we had no idea where to start. I knew screws alone in drywall wouldn’t do it, but beyond that, I was left staring at an aisle full of “hanging stuff.”

He, on the other hand, simply asked some questions, mulled around some thoughts and gave us the solution. All while sipping his coffee.

Coffee conversations and the value of perspective

It reminds me how much each of us knows about our respective industries and areas of expertise in business. It also reminded me how often we solo professionals neglect to notice – if not actively downplay – the value of this perspective.

Instead, many solopreneurs think the value is in “doing the work”. Consider,

Nothing wrong with any of that. But much of the value hidden within the work is perspective and experience; an in-depth understanding of the problem at hand and how to approach it.

Cheery Red-Vested Man knew which questions to ask in order to get to a viable solution. When it comes to the work you do, you’re equally capable.

There’s profit in knowledge and guidance

So how about this?

What if you sold that knowledge and guidance as a standalone? A coaching option or educational product, if you will. You’d still offer the complete package for those who want it. But for others, you’d act as a guide, someone who touches nothing, and instead simply whispers in the ear of clients as they move through a project.

It’s a great way to expand your offerings, something I’ve been doing now for several years.

It’s good for your clients: They get to access your wisdom and advice for a fraction of what it would cost if you did everything for them. They also get smarter along the way, something they don’t get when they hand all of it off to you.

It’s good for you.

Sure, you might make less money on these projects. But you also work a lot less: Sharing perspective and guiding others through a jungle that you’ve grown up in is easy (I frequently drink coffee during these conversations).

Plus, it makes you available to many more people and companies who, while they may think you’re terrific, are not interested in or capable of paying for your all-in solution.

“Now hold on there just a second,” you’ve no doubt just remarked to your long-suffering spouse. “Won’t this hurt my business, since most people will just opt for the lower-priced option?”

Not at all. Plenty of people and companies don’t want to do it themselves – they want a turnkey solution and will continue to buy that.

All we’re doing here is expanding the options. Now more people can avail themselves of your services, and in a way that better matches their budget and interests.

Here’s the bottom line. You’re sitting on a ton of valuable knowledge and perspective – much more than you probably give yourself credit for.

See if you can find a way to sell that as a standalone, and you’ll have more clients and more money. I just hope you like drinking coffee. 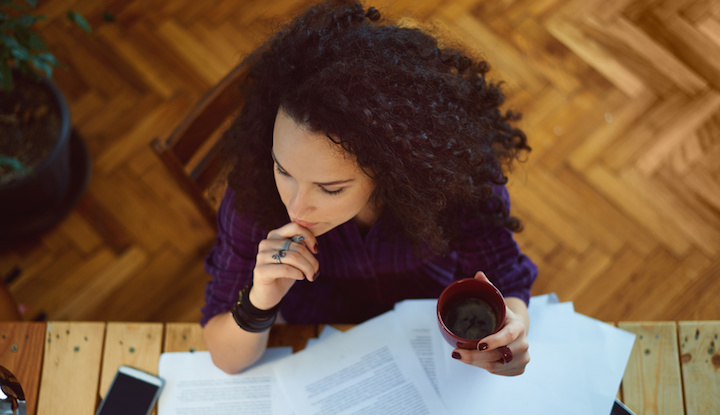