For early-stage entrepreneurs there is a lot to be learned from Shark Tank episodes. Here's an inside look at 7 key lessons to learn before you can swim...

Anyone who watches Shark Tank would swear that it is by far the best business reality show ever! The series, which premiered August 9, 2009 on ABC, became an instant hit.

Currently in its 7th season, budding entrepreneurs get the chance to bring their dreams to fruition. They present their ideas to the sharks in the tank — six titans of industry who made their own dreams a reality and turned their ideas into lucrative empires.

For early-stage entrepreneurs there is a lot to be learned from Shark Tank episodes. Here’s an inside look at 7 key lessons to learn before you can swim with the sharks.

When it comes to launching a fast-growth startup venture make sure your product or service is 10 X better and 10 X cheaper or faster. Similarly, when pitching an investor the first 10 seconds will pretty much decide if you’re read to swim with the big boys. Be able to articulate your business and key numbers in 10 seconds. Sharks don’t’ have time to listen to verbose stories, they can follow after the pitch. But the first 10 seconds of your pitch will set the first impression.

2. Have clarity and conviction

Shark Tank episodes can be entertaining and disturbing as sharks may end up laughing or openly ridiculing an entrepreneur’s business plan or product. Having said that, they equally appreciate conviction and clarity of thought. People who fail miserably to land an investment or the attention of sharks are those who don’t have the clarity or the conviction that their venture will be successful.


3. Know the size of the problem and market demand

Most products or services aim to solve an issue. Sharks are keen to put their money on a company that either solves an issue or creates a new market entirely. Needless to say, while evaluating the size of the problem, they need to know that you’re addressing a large demand. Having a well thought out product or service that addresses these areas will go a long way in securing an investment.

“I’m asking for $85,000 for a 15% stake in my company.” So what’s the valuation of your company? Rest assured that even before you do the math, the sharks will have done it for you. Quoting an amount is one thing and having your numbers ready and being able to support them is a totally different ball game. Know your numbers like the back of your hand! Also, know what you plan to do with it.

A great presentation is the winning secret behind Shark Tank success stories. For example, in an episode where an entrepreneur offered a cat drawing service via website that would draw a cat on demand.

People could send him a message through his website and he would draw a cat of their choice and send it to them. While the potential was hard to see, the entrepreneur came fully prepared with a jingle for his venture. And I remember him saying to the sharks that “at the end of the day, when you go to bed you will remember this jingle.”

Another classic pitch with a strong presentation came from an entrepreneur who tweaked surfboards that anyone could learn to use it in 20 minutes. The product had great potential, but when the sharks asked him to describe his company, he was overwhelmed and just ended up saying that it is an amazing product.

However, thanks to his prior presentation, the sharks were kind enough to prod him on and ask questions to encourage him to share more. Successful founders who have managed to grab an investment put effort and creativity into their presentations.

6. Know what you need to hit your next mark

Many entrepreneurs struggle with this question: “What is the right amout of money to raise at a startup?” It is a tough question with no clear answer. There are trade offs. And it depends on the type of business you’re building.


While your inclination is to aim for the sky, it’s not always the right move. At a minimum you should know how much money you’ll need to hit the next milestone. Many times sharks will invest in groups and share multiple offers (with some being lower than the round you’d like to raise. Know the lowest you’re willing to go and stick to it.

Success or failure doesn’t matter as long as you learn. Sharks often dole out valuable advice for entrepreneurs on how to move forward, what went wrong and what can be done, especially when there is no offer. Listen and apply what you’ve learned.

Reality TV shows like Shark Tank can prove to be of great use if you’re planning to raise capital in the future. What’s your favorite episode and what have you learned from the show?


This article has been edited and condensed.

Amit Damani, is the Co-founder of Vista Rooms. When he’s not having quintessential talks on anything entrepreneurial, he runs the fastest growing online aggregator for budget hotels in India. He is discerned to be an avid reader and a walking talking encyclopedia of sorts for marketing. Connect with @am_damani on Twitter. 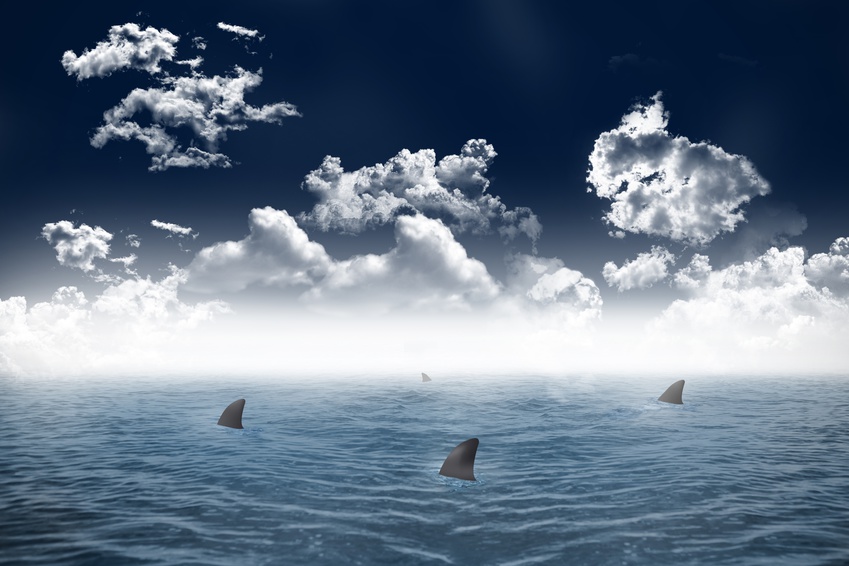