Steve Blank, a Silicon Valley entrepreneur-turned-professor with over two decades of experience, has over the course of his career founded or worked within eight different startups. And in...

Steve Blank, a Silicon Valley entrepreneur-turned-professor with over two decades of experience, has over the course of his career founded or worked within eight different startups. And in that time, he’s lived through every entrepreneur’s worst nightmare: he had his ideas stolen. Twice.

“The first time it happened, it was no big deal,” Blank recounted in a 2009 VentureBeat article.“The other, it was serious.”

Blank had presented an idea for a marketing automation system to a VP of Marketing at a Silicon Valley enterprise. After nine months of ignored phone calls from the originally enthusiastic VP, a partner pointed out that Blank’s PowerPoint slides had been shamelessly stolen by the very same person. He had become CEO of a competing company and was presenting them as his own.

Don’t let the fear of business idea theft stop you

Before moving on, let’s make one thing clear. Fear itself is a much bigger danger than the possibility of theft. While the horror stories are genuine cause for concern, the crippling fear of sharing your idea is far more dangerous.

“I am truly amazed by how afraid some inventors are,” writes inventRight co-founder Stephen Key. “They fear that someone is going to steal their million-dollar idea. They assume that every company is eagerly lying in wait, ready to rip them off. That thinking is not only annoying and counterproductive but also simply untrue.”

That isn’t to say you should openly share your product concepts, ideas and intellectual property with anyone who cares to ask. However, instead of being afraid of people stealing your idea, you should take actions to protect your intellectual property, giving you the comfort to share it with investors and potential business partners.

How to protect your business idea

1. Remember that most idea ‘theft’ is internal.

Most business idea theft comes from within your company. Horror stories like Blank’s are the ones that most founders imagine they’ll encounter. The reality is a bit different.

When I talk to founders who are afraid of presenting their ideas to investors, I remind them that this is the lesser of two threats. As Steve Jobs put it: “To me, ideas are worth nothing unless executed. They are just a multiplier. Execution is worth millions.”

Running a pitch deck by a VP only gives away the high-level details. Blank himself never sought legal action. His company had enough insider knowledge to pull ahead of his new competitor. It’s your employees and co-founders who have access to the real knowledge of the company — to the “execution,” rather than the “idea.” Protecting the future of your company starts with realizing this.

2. Talk to a lawyer and get your documents in order.

Have a lawyer go over your idea to determine which aspects of it can be copyrighted, trademarked or patented.

It is especially important to get anybody who works with you under strict, carefully written non-disclosure and non-compete agreements. These ensure that your employees and co-founders can’t walk away with or sell any proprietary knowledge that could give away your competitive advantages.

These documents are also useful to have in place to increase trust between co-founders or between founders and employees. On the superficial level, it might seem like getting a lawyer involved early on is a sign of mistrust. But in my experience, it is 100 percent about improving trust.

The more time passes without the documents in place, the more mistrust you start to see. Interestingly, this mistrust increases the chances of such “theft” actually occurring. A co-founder who thinks the other co-founders are out to get him is more likely to walk away with the idea, which ultimately means that everybody is less likely to be successful.

3. Be discerning about the people you work with.

When looking at potential investors, co-founders or employees, you need to look for red flags:

Run background checks on your employees and check with the Better Business Bureau for any investors or co-founders with previous companies.

If you’ve already spoken with a lawyer, you should be protected from a legal standpoint, but it’s still important to be careful. You don’t want to be involved with the kind of person who might make a legal battle necessary, even when your chances of winning are very good.

4. Invest in ideas that are difficult to copy.

First mover advantage only exists if it takes time for your competitors to catch up. I’ve worked with many startups, and the ones that succeed are those that understand the strengths and weaknesses of legal protection. The winners understand that the documents exist to serve the business model and enhance growth. They aren’t a panacea, and they won’t help unoriginal ideas become successful. 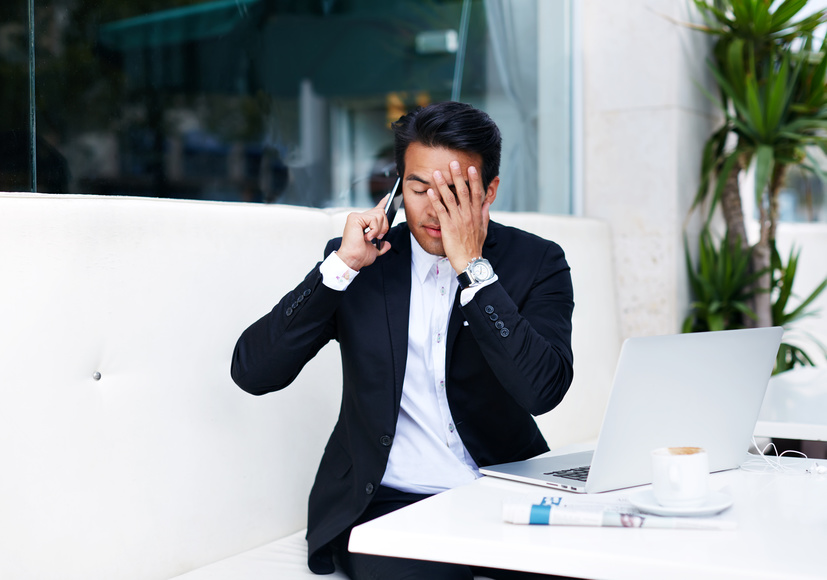