As an entrepreneur and business strategist, I am always assessing what other businesses and industries are doing to stand out, and Beyoncé is no exception.

I thought I liked Beyoncé before … and then there was Lemonade, her sixth studio album released on April 23, 2016.

I soon realized I didn’t like her, I loved her!

The release of Lemonade was pure creative and business genius.

When my friend messaged me one Friday afternoon with an invite to a sold out Beyoncé concert that same night I said “Ummm, duh!”

When I thought I couldn’t love Beyoncé anymore, she won me over with her Formation Tour performance that night. When I thought I was pretty happy with who I am, I suddenly just wanted to be Beyoncé.

But all of that aside, I couldn’t stop thinking about the well-thought-out marketing and business genius that Queen Bey had orchestrated and slayed.

As an entrepreneur and business strategist, my mind is always swirling and assessing what other businesses and industries are doing to stand out, and Beyoncé is no exception.

Here’s a look at practical business insights that have worked well for Beyoncé; lessons that every entrepreneur can use.

As Rihanna would say, “Work work work work work work!” You’ve likely seen the meme “You have as many hours in a day as Beyoncé,” plastered across social media sites. She’s seriously impressive. I mean, I was exhausted from just watching her concert (and to think she got up and did it all again the next day and will do that for the next few months).

Doing the work doesn’t mean being miserable. She clearly loves her craft. When you pursue a passion that lights you up, you are thankful that you get to do the work each and every single day! If you want to slay like Bey, you’ve got to put in the work.

Beyoncé knows how to do the work!

She grinds until she owns it. Do you?

Her “visual album” Lemonade is storytelling genius. “No one’s ever used an hour on premium cable to unveil an album-length airing of … “a manifesto anchored by personal struggle.”

Everything is well-thought-out and connected. Each song is its own story, but she strings each lyric together to tell an even bigger one. Regardless if it is autobiographical or just incredible art, listeners are invested. We feel like we know her. It’s not just a song anymore.

In this same way, entrepreneurs should move past the product (or service) and tell a story of an audience who uses it. We feel an instant emotional connection when people tell stories. When you start to plan your marketing messages, use storytelling to create an emotional connection with your audience.

The #BeyHive (for the uninitiated) is the name given to Beyoncé’s fan base, penned by fans, and it reminds us that community is everything.

Creating a language of your own not only helps you to build a tribe of fans who feel connected to you, but they connect with each other too. “People like connecting with other people. It’s human nature. If you allow your fans and readers to feel comfortable, they’ll open up to you and start feeling comfortable. As they do, you’ll earn permission to speak into their lives.” 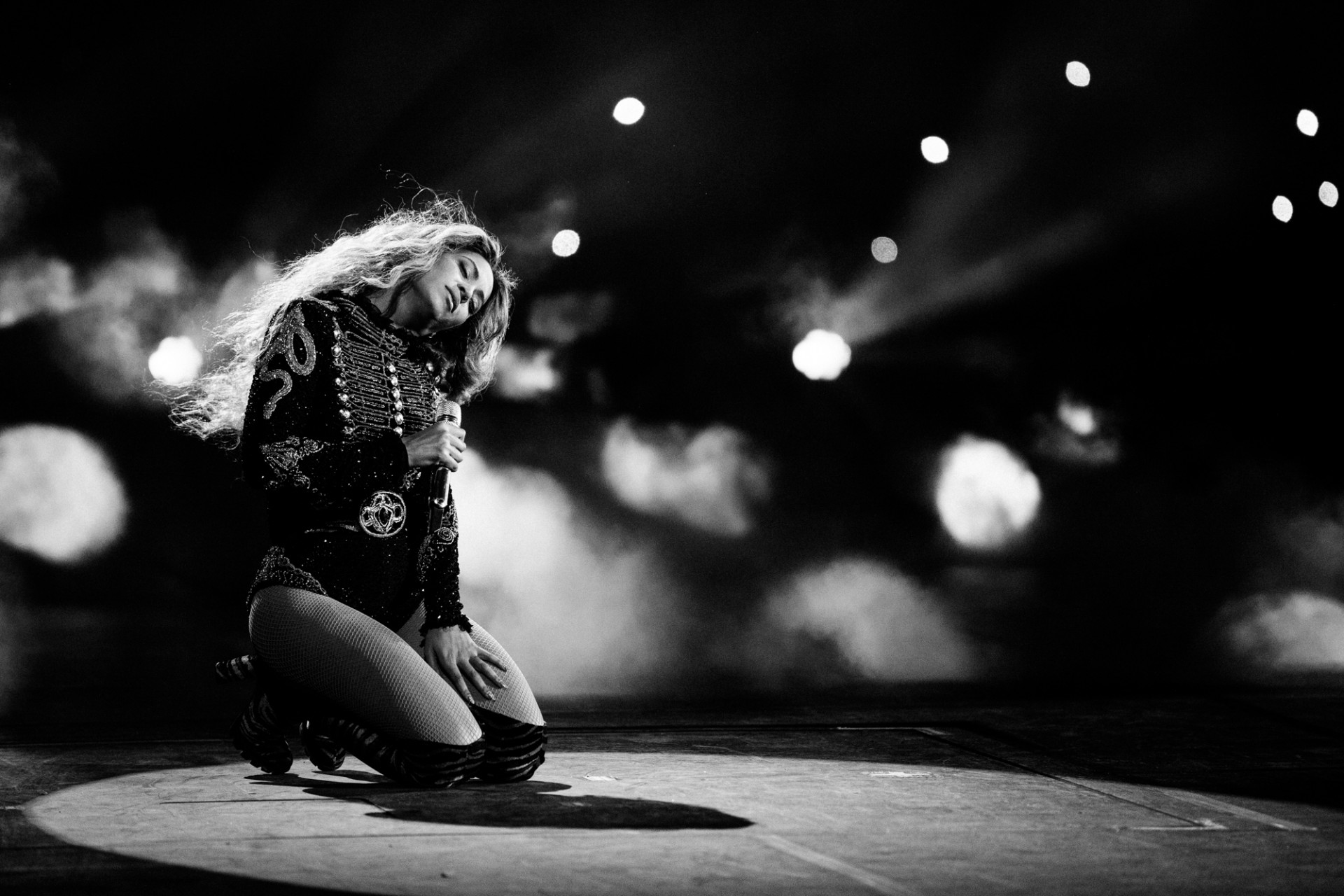 Self-proclaimed members of Beyoncé’s beyhive have her and in her worldview in common. This is one of many important aspects to consider when you’re building your own community. “A tribe helps like-minded people find each other. It ‘gives them a story to tell and something to talk about.'”

And let’s not forget about Bootylicious from her Destiny’s Child days. That all might seem a bit cocky to say out loud. But the truth is, if you’re going to run a business, or create an insane level of success, you’ve got to be your own biggest fan.

I encourage you to wake up each morning and let yourself know that you are flawless. Waking up and operating with confidence is key if you’re going to succeed in business. Start flexing that flawless confidence!

Beyoncé is clearly not afraid to be controversial. Maybe she was afraid, but she faced her fear and did it anyway. Her latest album is not without its critics who feel she’s gone necessarily “too political” and well, it makes some highly uncomfortable.

Headlines that read: “Jay Z’s not the only one who needs to be nervous about Beyonce, the born-again black woman with a political mission” invite heated discussion.

Her latest studio album has caused a lot of commotion. People want to know, is she an artist, activist, or both? And as she admits in Formation, “You know you that b**** when you cause all this conversation.”

Beyoncé’s art has sparked a revolution. From the release of her “visual album” to the distribution, marketing, and message, she has solidified a fundamental change in how many think about music. Change isn’t a result of people who are quiet with their opinions while playing to the status quo. Saying what you truly think will polarize some and call others to devotion with equal measure.

This is exactly what you need to do in business, no more vanilla! Start your own revolution, because nothing will ever change in this world if we’re all afraid to say something different.

Regardless if you agree with Beyoncé’s message, you have to admit, it’s brave and courageous of her to say what she really thinks.

As Guardian writer Elle Hunt explains, “With Beyoncé, you can never be sure what’s the gun that’s going to be let off in the second act. And that’s what makes her work – her career – so rewarding to consider. Commenters may disagree – but you’re still reading, aren’t you?”

Adrienne Dorison  is a business strategist and podcast host who has taught thousands of entrepreneurs how to get more results in less time by increasing conversions, boosting profitability and strategically doing the right things, not #allthethings that distract us as entrepreneurs. She’s created proven systems to help entrepreneurs get bigger and better results, in way less time.  Connect with  @adriennedorison  on Twitter. 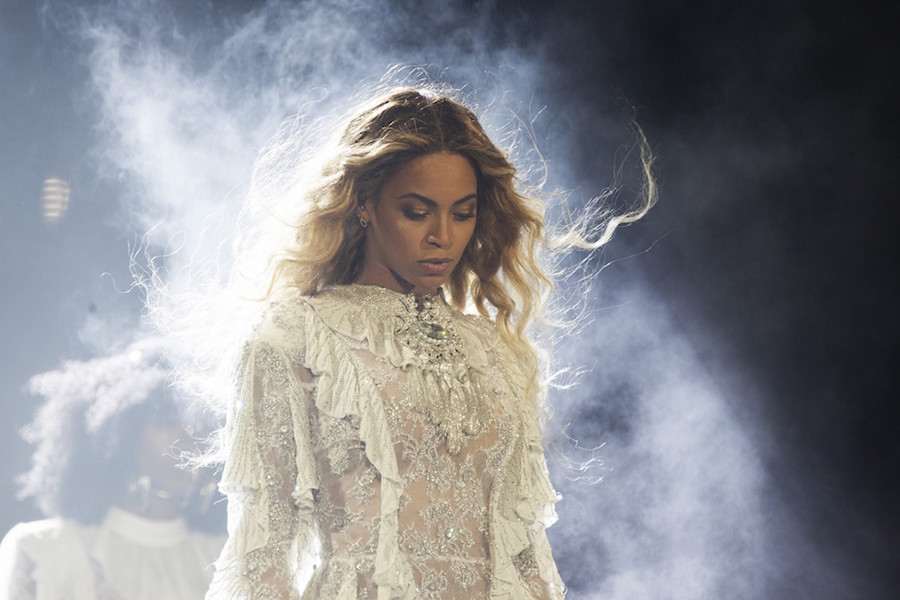