The power of the Internet and the ability to work anywhere as long as you have a Wi-Fi connection has ushered in a new era of the digital...

The power of the Internet and the ability to work anywhere as long as you have a Wi-Fi connection has ushered in a new era of the digital nomad.

Digital nomads are location independent; traveling from city to city, seeing the world all while freelancing or running their businesses from the world wide web.

These days, digital nomads pursue various creative career paths. They are bloggers, event planners, business managers, virtual assistants, and more. But while traveling the world is great, not all cities are equal.

Ideally, a digital nomad wants to live somewhere where the cost of living is low, an airport is within reach, and Wi-Fi connectivity is hassle-free. Meanwhile, a city that can offer unique attractions and diverse and interesting people is all a part of the upside.

Here is a look at five cities that would make a great spot for any digital nomad.

Berlin is one of the major cities of the world, but it’s not quite a global city in the same way as Paris, London or New York.   That is a good thing. Berlin is much cheaper than more prominent international hot spots, and yet it has its own vibrant culture and a wonderful nightlife.

“Since the Berlin wall came down the city has become a mecca for edgy creative types looking to enjoy the party atmosphere in a city brimming with galleries and a diverse nightlife,” according to Global Finance magazine.

If Berlin is a bit too expensive for your taste, than Budapest and Prague are other good European choices. “Despite economic uncertainties, Western European cities continue to enjoy some of the highest quality of living worldwide.” These cities are well-known for a vibrant digital nomad and expat community.

It is impossible to talk about digital nomad hot spots without talking about Chiang Mai, the virtual capital for digital nomads.

Southeast Asia is a top region for digital nomads, known for “affordable lodging, abundant inexpensive food, and a sense of adventure…,” according to Nomad Capitalist.

You can apply for a 6 month tourist visa in your home country before visiting Thailand. You can live well in Chiang Mai for approximately $1,000 USD per month.   Just steer clear of the city between February and May, burning season in Thailand.

“I don’t recommend anyone stay in Chiang Mai, Pai or northern Thailand from March 1st-April 13th,” says digital nomad, Johnny FD. “Personally, I go down to Koh Lanta and enjoy the fresh ocean air, beautiful white sand beaches and continue my life as a digital nomad down there for a few months until it clears up.”

Bangkok (a one hour flight from Chiang Mai) is the more expensive, but flashier cousin of Chiang Mai. But it is still pretty cheap by Western standards and has a famously terrific nightlife. If you are interested in going out a lot, it may be a more appealing destination compared to Chiang Mai.

Most digital nomads congregate in coffee shops or coworking spots. In both Bangkok and Chiang Mai, there are plenty of events for nomads to meet and greet. As Bangkok is a larger city, you will have to worry a bit more about your safety and the pollution problem is worse in Bangkok. But you still have the chance to enjoy a great, world-class city for less than $1,500 USD per month.

If you’re undecided about where to stay in Thailand visit your top picks in affordable luxury. According to full-time expats Chris and Angela, and co-creators of the Tideland to Thailand blog, “Thailand is a country where it’s completely possible to get a five-star hotel for less than $100 USD.”

In 2013, the couple resigned from their jobs, sold almost everything, and set out for their new life abroad. “We bought two one-way tickets and ended up on the other side of the globe in Chiang Mai, Thailand and have been there ever since.”

These days, South Africa’s reputation is that of a disorderly and dangerous country.   While crime and violence are high in South Africa, Pretoria is safer than other South African cities like Cape Town. Pretoria, one of the main administrative centers of South Africa, offers a good cost of living and urban city center.

South Africa also has a buzzing startup scene and is largely considered the economic gateway to Africa. Places like Nigeria and Ghana are on the up and up. But it’s till difficult to find a house in Accra if you want to move there, whereas, South Africa has many affordable places to live.

Quartz reports, “The startup sector in South Africa tends to be overlooked internationally in favor of exciting new tech hubs in Nairobi and Lagos. However, the country has produced some real global competitors … [and] last year South African startups raised some $54.6 million, the highest on the continent according to data collected by Disrupt Africa.”

Living in the United States is going to be more expensive than Southeast Asia, but there are still plenty of reasons to live in America instead. And Knoxville, located in the state of Tennessee, is one of the best cities in the United States for a traveling digital nomad.

Knoxville, located in the foothills of the Great Smoky Mountains, offers an affordable cost of living and tons of recreation. It is home to the University of Tennessee, one of the larger state schools in the United States. It also boasts the advantages of being a college town (e.g., good bars, reliable Internet, and lots of interesting people to meet).

If you need more options, check out nomadlist. 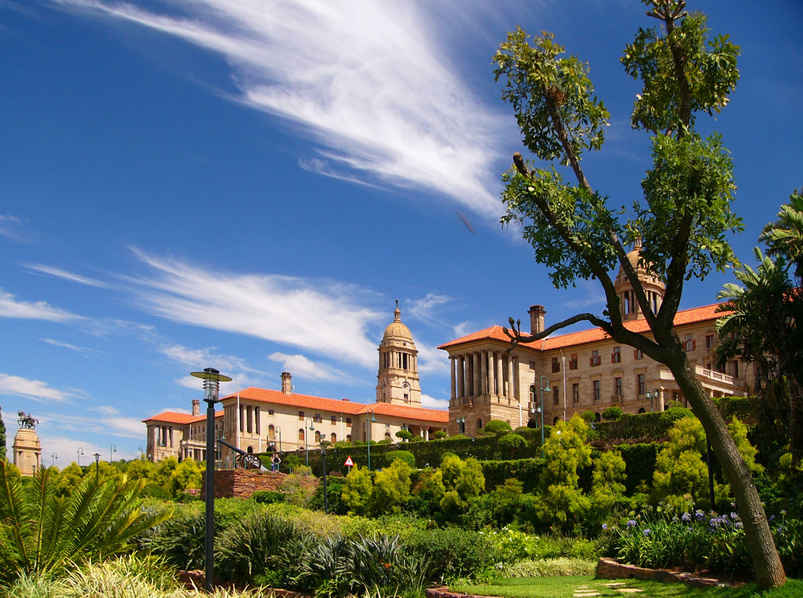