As a solopreneur you have a permanent, unassailable, and easily accessible advantage relative to your larger competitors.

Earlier this month, my wife Linda and I celebrated 26 years since we began dating. I remember those days like it was yesterday (assuming yesterday was also a blurry haze of irresponsible, smoke-filled bar-hopping).

Back then, we did all the usual “out on the town” things couples do … dancing, sporting events, comedy shows, restaurants, you name it – going out and doing things. The big dating innovation of the time, though, wasn’t going out… it was staying in.

Musings of a bygone era

The VCR (a device of a bygone era which used to record and play back audio-visual media on cassette) had recently been invented (look it up, youngster), which meant that for the first time you could enjoy uncut, uninterrupted movies at home.

Today, all these years later, some things haven’t changed – we still love watching movies at home. The technology, however, is totally different. It’s all digital, of course, and it only functions as a result of the precarious linkage between our HD television, cable provider, TiVo box, and Netflix and Amazon accounts.

It’s so complicated, in fact, that despite being the one who linked this technological jumble together in the first place, I have already committed to dying in my home, simply to avoid ever having to do it all again.

The Bermuda Triangle of customer care

But then, last Saturday night, the unthinkable happened: I ordered a movie through Amazon and it didn’t work. It looked like it worked, but the movie never showed up on the TV.

So I called Amazon and the rep said, “The order went through fine. The problem is with your cable provider.”

So I called Verizon: “Your phone, internet and live TV work fine. The problem is with TiVo.”

So I called TiVo: “We just pinged the box and it’s operational. The problem is with Amazon.”
Uh oh. I had entered the Bermuda Triangle of 21st century customer care; an infinite loop of “I know you are, but what am I?”

Finally, it dawned on me.

I Googled the problem and (I’m not making this up) found the solution in about 30 seconds (TiVo problem). Five minutes later it was all working fine again. The next day, and to their credit, I received an email from Verizon following up on my call and offering me a free movie for my trouble.

“To their credit,” because the follow-up only happened because someone (or, more likely, someones) crafted a policy and an accompanying email to the effect of, “If a customer calls with a service problem that we don’t resolve, send them an apology and a free movie.”

In the world of oligopolistic behemoths, that kind of follow-up is hat tip-worthy. But that’s not why I’m telling you this. Instead, I draw your attention to the Verizon email itself.

Here are some of the phrases they used:

If there’s a Tired Customer Service Jargon Hall of Fame somewhere on Earth (I’m guessing Cleveland), this letter is displayed in the lobby.

Are they just lazy over there at Verizon? Not at all.

There’s just too many people in the room, too much need for things that scale and too much risk for any creative, human-sounding communication to hatch, let alone stumble, still breathing, into a customer’s inbox.

'Big companies are good at a lot of things; authentic communication isn’t (and never will be) one of them.' Click to Tweet

Which is why if you’re a solopreneur in competition with large companies – the financial planner competing with Fidelity; the garden center competing with Home Depot; the accountant competing with PricewaterhouseCoopers – you’ve got a huge communication advantage.

That means telling stories from your personal experience. That also means writing the way you speak and using non-business words, like “jumble,” “Bermuda Triangle,” and “hat tip-worthy.”

Bottom line: Big companies are good at a lot of things; authentic communication isn’t (and never will be) one of them.

As a solo professional you have a permanent, unassailable, and easily accessible advantage relative to your larger competitors. It’s called you.

The only question is whether you intend to use it. 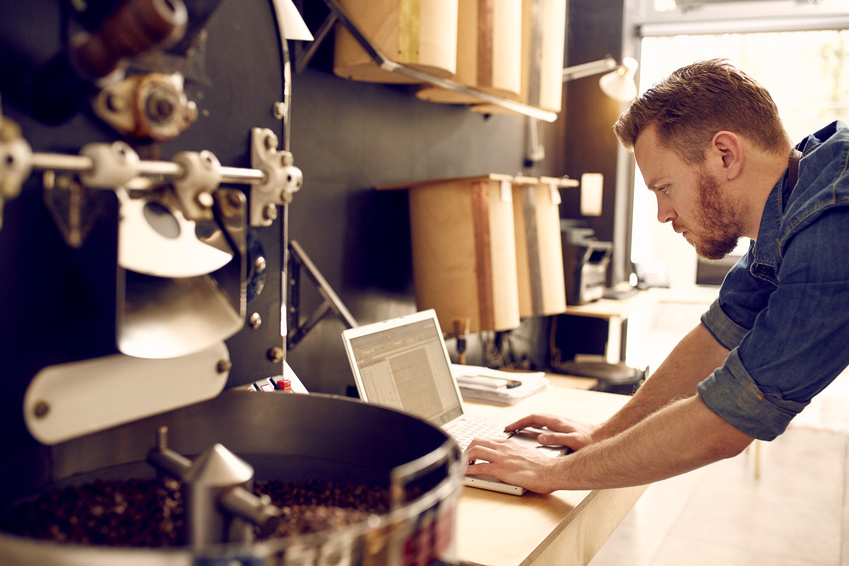