Wantrepreneur, Being Poor Is A Choice (The Worst One You’ve Ever Made)

I want to help you understand why being poor is the single worst decision you have ever made. Yes, I said it was a choice because poverty isn’t...

My name is Pejman Ghadimi, and it is very likely that you have never heard of me. This is partly because I am nobody, and partly because you had no interest in learning about anything outside of your immediate needs.

Who I am is irrelevant, but what I do actually is relevant because I do it to help you.

I own a company called Secret Entourage which focuses on teaching people a higher level of self-awareness and motivates them to be better.

Believe it or not, I don’t do this for money as I have and still make enough money doing other things (if you used Google more often you would already know this). I do it for another selfish reason.

Therefore, I created that company so I don’t have to deal with stuff like that again and can make sure my kids don’t have to either (at some point when I choose to have kids).

Being poor is a choice, a very bad one

I want to help you understand why being poor is the single worst decision you have ever made. Yes, I said it was a choice because poverty isn’t forced on you, it is something you accepted (and are doing nothing about).

“Extensive literature of the negative physical impacts of low socioeconomic status, [reinforce] the point that the harms of poverty extend beyond the direct consequences of material deprivation.”

Now, before you start yelling at me about how you are not poor because you have a lovely family, great friends, and are surrounded by so much beauty in the world or because you have a home and car to get to work, I will help you define what the definition of poor in the real world is.

Yes, it has to do with money, because the last time I checked today (and for the past 34 years I have been alive), money doesn’t always buy happiness, but being broke never bought anyone anything either, so to make it simple: money matters.

If you are going to be successful in life, you will have to learn how to make money first (and then you can learn many of the other things too).

Here are some things you can do today so that you have a better shot at not being poor in a few years.  I say in “a few years”, because money isn’t magically made overnight unless you already have a lot of it.

In order to successfully understand these next few steps, you will have to understand this fundamental concept that has been accepted by all except the poor.

You have to spend less than you make.

If you make a $100, you should only spend $80 so that you can save some money too. If you spend money using credit cards, it is still spending money. Credit isn’t magical Monopoly money, it is your money that you are not only spending, but are also paying someone else monthly to not repay.

So going forward, only spend money you have or work more to make more until you learn to work better and be worth more. Until then, cut the spending down to only your basic needs.

Here are 4 rules you can follow to make sure I don’t have to write another letter like this.

1. Stop expecting others to support your laziness.

The minimum wage in America is there to help you get a starting job and grow from there. It is not meant to be the same job you keep for 30 years. If you find yourself protesting or fighting for an extra $3 an hour, you may want to consider how worthless your time is.

If it took you 30 years to learn how to serve ice cream, work a cash register, or speak the language of the country you live in, then you may want to consider that laziness has more to do with your lack of money than anything else out there.

2.   Stop expecting life to be easy.

While these things are not easy, they are all possible and simply require something called effort. We all have a different definition of effort, and mine is whatever it takes.

Believe it or not, even owning a Lamborghini takes work and effort, but it’s much more fun than the effort it takes to own a Honda.

3. Stop making yourself feel good that you are poor.

Poverty is a problem; it’s like being an alcoholic. The only way to fix it is to admit you have a problem. If you think that you’re below the average lifestyle living paycheck to paycheck and settling for the life you have is okay because you are blessed, have your health, and have a family you love; well I have this incredible revelation for you.

You can be wealthy and enjoy all of the above. I can give you hundreds of examples of people who have money and are happy. Admit you have a problem, admit making $50K a year isn’t ‘balling’, and admit that you don’t know what to do.

Once those three things align, you will start realizing that the one thing holding you back from all you ever wanted in life secretly is you. You chose your friends who keep you down, you chose the things you refuse to learn because it seems hard, you chose how hard you work each day, and you chose how dedicated you are to changing even if it takes 10 years.

4. Stop hating money; get inspired by it.

This is honestly the most annoying thing in the world to me. Every time one of you sees money on the road or someone else’s incredible luxuries that you cannot afford, you find a hundred reasons why that person has it easy, had rich parents, or had all the luck in the world.

You make these excuses to prevent yourself from doing any of the work needed to get there. It’s so much easier to not do anything than to figure out a way to get your very own set of luxuries, right?

Listen I get it, but this is what keeps you poor.

You don’t believe you can get it too, either because it’s hard, or because you prefer being lazy, or even because you are afraid to fail. But at the end of the day, it is possible.

Remember, nothing is easy

I, myself, was poor during my younger years, but I never looked at money with hate. Instead, I looked at all those people with crazy cars and big houses as people not to envy, but to learn from. They had something I believed I could have too, but I didn’t know what to do.

However, I was willing to ask the right questions and more importantly, listen to what I was being told. Some people were not nice to me like they will be to you (and you deserve it, especially if my three first points apply to you), but remember nothing is easy,

You might have to ask a hundred people before you even get one good answer, but nothing in life comes easy. The best part for you is that unlike when I was getting out of poverty, you have access to technology and can Google almost anything you want to know.

You have access to incredible books like Third Circle Theory, a book I wrote to detail a roadmap towards purpose, or the Secret Entourage Academy where you can meet 200+ extraordinary people who do want to teach you. I never had these things, but you do.

I had many excuses that could have prevented me from being successful. My family never had any money, I couldn’t afford to go to college, and I didn’t have access to self-education like you do. But I did have two things I wish many of you had more of: belief that I also could be like them and the understanding that the American dream wasn’t the right to be rich, but rather the opportunity to try.

When you embrace the fact that nothing in life is guaranteed, that will be the day you’ll realize why staying poor has always been in your hands and a choice.

From one immigrant who once had no money (and didn’t even speak English) to self-made multi-millionaire, serial entrepreneur, best selling author and exotic car collector.

P.S. I hope one day you will also get a chance to write a letter like this to those who pretend they can’t do what you did.

Pejman Ghadimi is the author of “Third Circle Theory,” a powerful book explaining how some of today’s top visionaries are made. Since the age of 25, he has been finacnially independent and has decided his time to bringing Secret Entourage and Secret Academy to life, a unique platform that focuses on helping motivate, educate and improve the lives of young entrepreneurs worldwide. 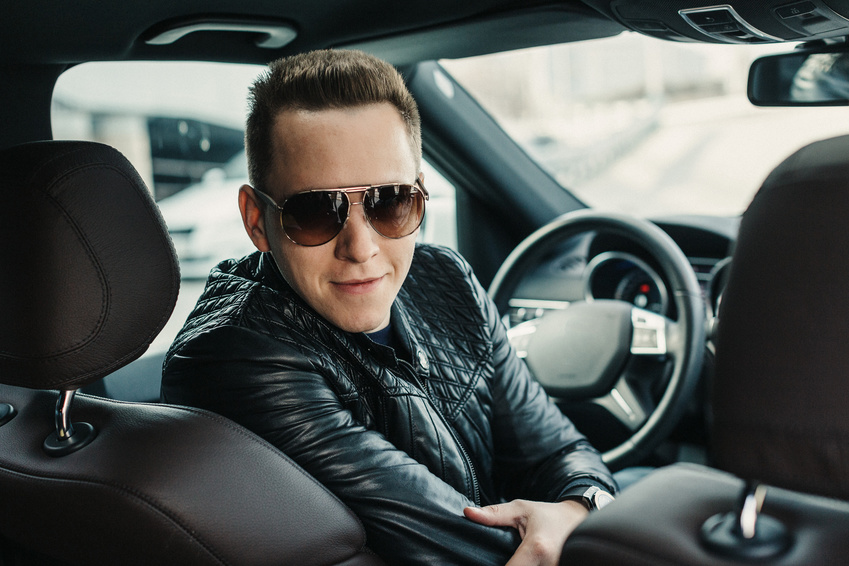