‘Go Out And Get It — Your Way’: How To Fight For Your Passion And Win

Your financial and professional freedom is out there for the taking. So go out and get it — your way.

Let me rephrase that: I want financial freedom and I want to still be able to make it home in time for dinner every night with my wife and daughter.

I also want to be able to do something I love. Every. Damn. Day.

Taking a chance on yourself

There’s an old notion that nothing worth having comes easy. Generations before us knew success as some grind that came via a long ride on the struggle bus.

Now, enjoying what you do and making a comfortable living at it aren’t mutually exclusive variables if you are willing to take a chance on yourself as an entrepreneur and block out the naysayers.

As it turns out, many Americans are willing to do that. According to a September 2015 report by the Global Entrepreneurship Monitor, 14 percent of U.S. workers classify themselves as entrepreneurs.

That designation comes with adversity, though. The archetypical entrepreneur is an on-the-go workaholic who won’t stop until a breakthrough occurs.

Entrepreneurship can be risky. It can also be taxing and lonely. But it can be the most rewarding thing you ever do if you find something you’re passionate about and are willing to fight for.

Mastering the internal struggle of pursuing your passion

History is filled with ordinary men who get filthy rich with a smile on their faces. Steve Jobs and Steve Wozniak parlayed childhood fascinations with technology into the behemoth we know today as Apple.

Richard Branson’s passion was entrepreneurship; that translated to the expansion of the Virgin brand from a record store to a record label to an airline and other extensions of the company’s name.

On a different scale, a childhood friend of my co-author, Paul Morris, had two loves as a child: basketball and guitar. Guess what those led to in his professional career? Managing editor stints at both Slam Magazine and Guitar World.

Though Paul’s endeavors weren’t entrepreneurial, the same spirit was still there. And Branson, Jobs, and Wozniak most certainly had detractors when they started off, yet their pursuits of a passion paid dividends in the end.

'Still, the problem with labeling a venture as 'easy' denies that an internal struggle exists when you do what you love.' Click to Tweet

Still, the problem with labeling a venture as “easy” denies that an internal struggle exists when you do what you love. Any entrepreneur that’s faced their own bit of adversity will tell you that’s not the case.

But don’t let those potential stumbling blocks dissuade you.

How to leap over stumbling blocks

If you’re running a business that you truly love, here are the best bits of advice I have to help you make the most of it.

1. Don’t fight ease by focusing on the negative.

Poking holes in a seemingly ideal scenario is a guaranteed way to make sure it falls through. Paul relayed a conversation to me involving one of his office managers — we’ll call him “Jim” — that perfectly encapsulates resisting ease:

Jim: (downtrodden) Well, it is Austin.

Jim: Well, we face some serious challenges. It’s hard up there.

Sure, there’s validity here. But ask my “top notch, world-beater, tomorrow’s a new day” manager the same thing, and his answer lands on the opposite side of the spectrum: He focuses on the opportunity, not the obstacle.

Jim didn’t make it — he was fired within two months. When running your business, focus on problems and challenges, not how “hard it is up there.” Finding a fix for your passion project is a good way to ensure it endures in the long run.

2. See the opportunity, not the work.

Adversity has a nasty habit of appearing around every corner. One thing is for certain — it’s not going anywhere. When trouble rears its ugly head, you have to ask yourself, “What’s in this for me?”

As we mentioned above, rough patches will happen. Try as you might to avoid or repair them, these things will occur now and then. But the great thing about being an entrepreneur is that every scenario is a chance to make something out of nothing.

Research the landscape, and find a place that your product or service can satisfy a market need. Steve Jobs saw an Apple brand that had lost its luster when he retook the reins more than a decade after relinquishing them.

He assessed the landscape and decided to reinvigorate Apple’s PC brand, while also developing products such as the iPod and the iPhone that would distinguish the company as a technological guiding force for years to come.

3. Don’t drive toward the wreck.

Entrepreneurship isn’t just putting out the optimal product or service that generates the most revenue. It’s about continually doing so and staying true to your shop’s direction.

It reminds me of a question I heard an interviewer ask a NASCAR driver: How does a NASCAR driver avoid a wreck? He drives his car to where the crashing cars aren’t.

I didn’t think much of that exchange until I heard about Jim. He was, for lack of a better term, steering toward the calamity. When running a company, you can ill-afford such recklessness.

Sometimes that means establishing roots in an up-and-coming city that’s not yet an entrepreneurial hotbed; other times, it means entering a less-saturated industry with fewer competitors. But the best thing an entrepreneur can do is set himself up for success by sidestepping any potential setbacks.

Focus on the opening instead of the crash. If you avoid that six-car pileup, there are six fewer vehicles in your way.

'Your financial and professional freedom is out there for the taking. So go out and get it — your way.' Click to Tweet

Having what you want creates ease. It doesn’t mean you’re taking the easy way out. For entrepreneurs, it means putting a foot down and deciding that your life is going to be one you enjoy, even if you have to struggle and be chided by cynics.

Your financial and professional freedom is out there for the taking. So go out and get it — your way.

David Osborn is an entrepreneur, public speaker, and author. He is the principal owner of Keller Williams, the 19th-largest real estate company in the U.S., which grossed more than $5.2 billion in sales in 2015. Connect with @iamdavidosborn on Twitter. 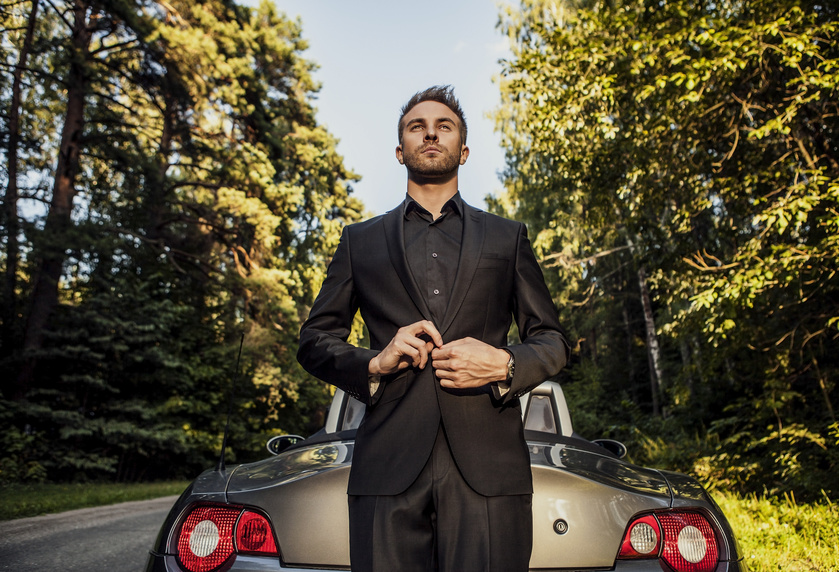