How To Find And Vet Suppliers And Vendors For Your Business

Like hiring great employees, finding great vendors is tricky. Too often, it’s crunch time and the first vendor you meet says everything you want to hear. Although you’d intended to speak with a couple of other companies, you don’t. But hoping that things go well is not a strategy.

A bad employee can cost you a year in lost productivity. A bad vendor can cost you even more. Their poor performance is a direct reflection on the way you conduct business. Customers understand that bad employees slip through the cracks, since they likely deal with their own as well. What they have less tolerance for are rogue vendors.

Like many businesses, our company has learned lessons the hard way when it comes to vendors. Below are the things we do to keep hope out of the decision-making process.

Start with a meal

Taking vendors to dinner is a great way to break the ice and learn about the people you might jump into business with. Were they on time? Did they respect the wait staff? Did they have too much to drink? How do they communicate in a personal setting?

For example, we were looking for a consulting group for a large project and were down to two firms. Group One was a clear favorite; its members were dynamic on the phone and had several innovative ideas, and one of them was even based in our city. In fact, we thought the final presentations were a formality, but we still scheduled them on consecutive days so that we could have dinner with both companies.

Dinner the first night was with Group Two, the group we liked but didn’t love. All of our communications had been by phone, and while we were impressed, we saw its team members as pleasant, smart people who didn’t excite us. But over the course of the evening, the discussion shifted as each of our team members sat down individually with their folks, digging into their backgrounds and experience. The evening ended with the restaurant manager politely asking us to leave because they closed.

The following night, we met with Group One. Before the appetizers were even served, we knew that this team was not a good fit. What we learned was to never let haste or management impatience lead us into an impetuous vendor decision.

A non-disclosure agreement (which often includes a non-compete clause) won’t save you from those who are only out for themselves. But the process of getting an NDA signed by a vendor is an excellent predictor of future behavior.

We’ve heard every excuse imaginable for a vendor not signing an NDA. In the early days of our business, we succumbed to changes in our agreement and in almost every case we had problems, some significant. NDAs are only a problem if the vendor consciously plans to partake in shady behavior. Now, if you don’t sign our NDA as is, we don’t do business with you.

The key to getting a good reference is digging under the hood to find out not just what the vendor’s team did for a previous client, but how well everything was executed. Ask leading questions rather than yes or no queries.

For example: How well did the team members stick to deadlines? How well did they stay on budget? How well did they handle unforeseen issues? On a scale for 1 to 10, with one being “never again” and 10 being “as soon as possible,” and how would clients describe their attitude about working with this vendor’s team again? Pay attention to clients’ word choice or their body language if you’re face-to-face.

If time allows, give your new partnering vendor the chance to practice on a small project. This will make its team prove itself, and you a chance to get comfortable with its work.

Group Two from above was a poster child for this approach. The project it ended up winning was important regarding our strategy, but was relatively small compared to the program we were contemplating rolling out. Group Two knocked the strategy project out of the park, so we immediately put it on retainer to help with a six-month implementation. Ultimately, Group Two was with us for almost two years, working in several divisions of the company because we knew we could trust its work.

We always keep extensive notes on the vendor’s performance to track issues throughout the project. Some metrics to consider are:

Once, while leading the introduction of a new product for a client, we chose a well-known national vendor based on research of its capabilities. The vendor came to our attention late so we didn’t have time for an extensive vetting process. But we figured it was a national brand with experience so everything would be fine.

The product was launched at the client’s national conference, and by the end, we had over 100 hot leads and many more warm prospects. The vendor’s job was to close leads and follow up with prospects. No leads were closed in the first or second week. The vendor complained about prospects not being available or not returning calls.

By week three, the vendor had a meltdown. Their team members blamed us, the client and everything except themselves. We spent the next three months trying to identify where the project had jumped the rails while they were in passive-aggressive mode. Ultimately, we realized that we should have spoken up in our first post-launch status meeting when the results and attitudes were obviously going in the wrong direction. Had we been more attentive to the details, we might have been able to turn things around sooner.

Pay attention to every detail

While you shouldn’t let yourself be head-faked by the results of a small project, absolutely cover every detail from start to finish. Like any other aspect of business, common sense and paying attention to the details will serve you best when working with firms outside of your own company.

Drew Gurley is an established executive in the financial services arena and co-founder of Redbird Advisors. Drew has developed hundreds of successful financial services agencies from the ground up and he has worked one-on-one with nearly 1,000 financial professionals across the U.S. Drew’s work with Redbird has helped thousands of agents and advisors build a stable foundation for their personal businesses. Connect with @drewgurley on Twitter. 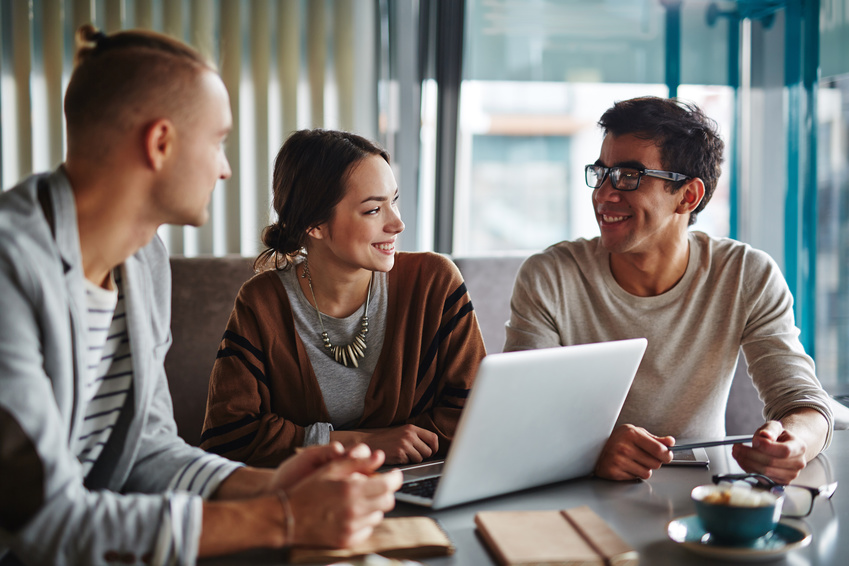