Is Your Ocean Strategy Blue Enough?

These four questions can prevent your Titanic idea from hitting an iceberg.

Which is why plenty of companies have brainstormed a solution to save their business from the cruel tender — by simply avoiding the whole competition thing. And this “competition irrelevance” notion is the foundational premise of something known as the blue ocean strategy.

Blue Ocean Strategy: How to Create Uncontested Market Space and Make the Competition Irrelevant was written in 2005 based on research conducted by two professors W. Chan Kim and Renée Mauborgne. Today, their findings, known as Blue Ocean Strategy, are the ideology of a vast majority of successful companies.

By studying 150 strategic moves (spanning more than 100 years across 30 industries) they came to the conclusion that a company can succeed, not by fighting for a place in the sun, but by creating another sun to bask under.

Let’s imagine you work in the wine industry. You can barely keep track of the number of companies selling wine these days; the United States now has 7,762 wineries, alone.

You sell red wine, but after years of market investigation you want to innovate in a big way by making a simple change. You’ve got an idea to start selling blue-coloured wine instead. As a result you create your own “blue ocean” by creating a niche no one in your industry had leveraged yet.

This is better than a red ocean strategy (i.e. red referring to the blood in the water, which means there’s a whole lot of sharks). Imagine what swimming with sharks would be like. Would you dive in if given a choice?

The same parallel could be drawn for the market you conduct business in … much of the market share is held by giants of industry, leaving little to no room for smaller companies to “compete”.

However, a company offering something others don’t automatically creates a new playing field, a unique value proposition.

Before you swim away from the shore

Despite how lucrative a blue ocean strategy might seem, don’t get the wrong impression … it still has some weak points. Granted there are thousands of startups launching every day and the vast majority don’t hit the jackpot.

Why is it that so many “original” ideas drown in the turquoise waters?  Product irrelevance, lack of defined target audience, insufficient capital — all of these reasons and more can be the culprit.

However, there are a few questions which, if asked beforehand, can prevent your Titanic idea from hitting an iceberg.

1. Does your market research go deep?

Despite your industry, results will not be possible without a market analysis. So when you analyze your market make sure you have the fundamentals covered: a niche industry overview, target audience profiling, competitive analysis, laws and regulations awareness, etc.

Market research can be a complex process, but it’s necessary in order for you to find your blindspots, understand the market you’re in and to make the most accurate conclusions and business decision.

2. Is your MVP well-thought-out?

Consider Apple and Facebook for a moment. Every great product launch requires a beta-version … or a minimal viable product (MVP). The idea of developing an MVP is a principle of lean startup methodology. The problem is: “Too many startups begin with an idea for a product that they think people want.”

Instead “the first step is figuring out the problem that needs to be solved and then developing a minimum viable product (MVP) to begin the process of learning as quickly as possible. Once the MVP is established, a startup can work on tuning the engine.”

Speaking of fine-tuning. Back to our wine company example … you don’t need to reinvent the way wine is produced, just improve upon it. Just make sure the improvements are actually needed.

3. Are you willing to market your idea?

In Slavic countries a common saying is: “Advertising is the trade’s engine”. This is definitely the case for startups, because it’s likely no one knows you even exist. This is why marketing is a fundamental next step.

Marketing is not cheap, even when you consider low-cost online marketing options like social media. The truth is, you’ll need to invest in marketing to grow awareness that ends up in sales.

At Mind Studios we generally observe that the average cost of a marketing campaign is likely to cost as much as development. So, it’s wise to set aside marketing dollars in advance and test as you go.

4. Do you plan to create a feedback loop?

For starters, you’ll need to identify your build-measure-learn feedback loop. Next, you’ll need to define how you will use feedback to fine-tune your MVP. This is a planning step that needs to happen prior to launch.

Feedback is critical. It let’s you know how the market responds to your idea. Deploy the right tools in advance to track analytics and provide a way for feedback to occur organically by using Google Analytics, Google Forms, online survey tools and email newsletters.

If you answered yes to all of the above, then you’ve positioned your startup for early success from a strategic standpoint. However, there are many more things to consider and taking a blue ocean approach isn’t always smooth sailing. But as the French author and 1947 Nobel Prize in Literature winner Andre Gide once said, “Man cannot discover new oceans unless he has the courage to lose sight of the shore.”

Elina Bessarabova is a 21-year-old CMO at Mind Studios, mobile and web architects. As a marketing expert, there are things that she loves about her job, particularly that it’s fast-paced and challenging. Whats more, she truly enjoys contributing to and developing integrated marketing campaigns. Connect with @TheMindStudios on Twitter. 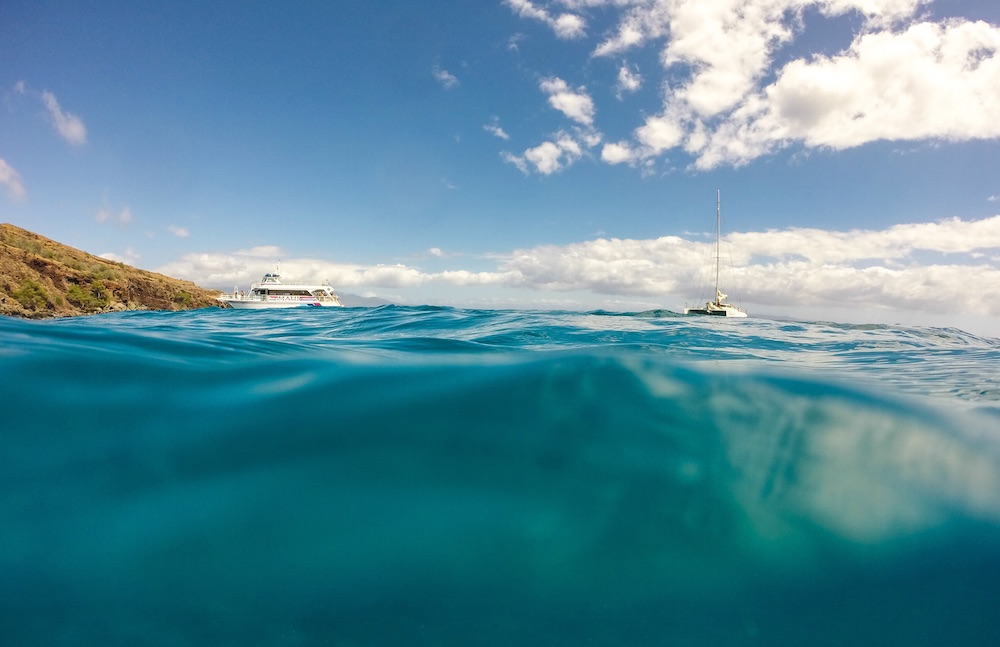