Mark Cuban shares why he believes Donald Trump's leadership as a president is questionable and it hinges on his communication skills.

According to ideology surrounding transformational leadership, an effective leader is a person who:

According to billionaire investor Mark Cuban, Trump hasn’t yet succeeded on the leadership front. In a CNBC interview on CNBC’s “Squawk Box” (M-F, 6AM-9AM M ET) Cuban shared why he believes President Trump’s leadership is questionable and it hinges on his communication skills.

“Everything seems rushed. It’s not, you know, everybody wants to be safe. If he’s going to keep us safe, why did he leave so many countries that host terrorism off the list? He was very clear during the campaign that ISIS was everywhere. So if we’re trying to stay safe, why leave it off? Maybe he’s got a good reason for it, but he’s not communicating that to any of us.”

“What is his leadership style? What’s his communication style? Just tweeting is not communicating. Look, it’s one thing to say I use Twitter to communicate. But the reality is, what, 15% [an estimated 21% of U.S. adults according to recent figures] of Americans are on Twitter. So it’s the media that really communicates with most of us. And if you have all of these technology tools available, why not use them? Why not go on, give an in-depth analysis or details of why you want to do or why you’re doing what you’re doing. We’re just not seeing any of that and that’s what concerns me more than anything.”

Cuban on Trump’s communication and leadership

“‘Make America Safe Again’ sounds really, really good if you’re trying to raise money for a deal. It doesn’t sound really good when it’s obvious that a significant portion of the country doesn’t understand it or doesn’t agree with it. Leadership can mean a lot of different things to a lot of people, but at some point, you have to communicate with the people that don’t agree with you because otherwise, you’re going to become more and more divisive.”

Do you agree with Mark Cuban? Listen to the entire interview here. 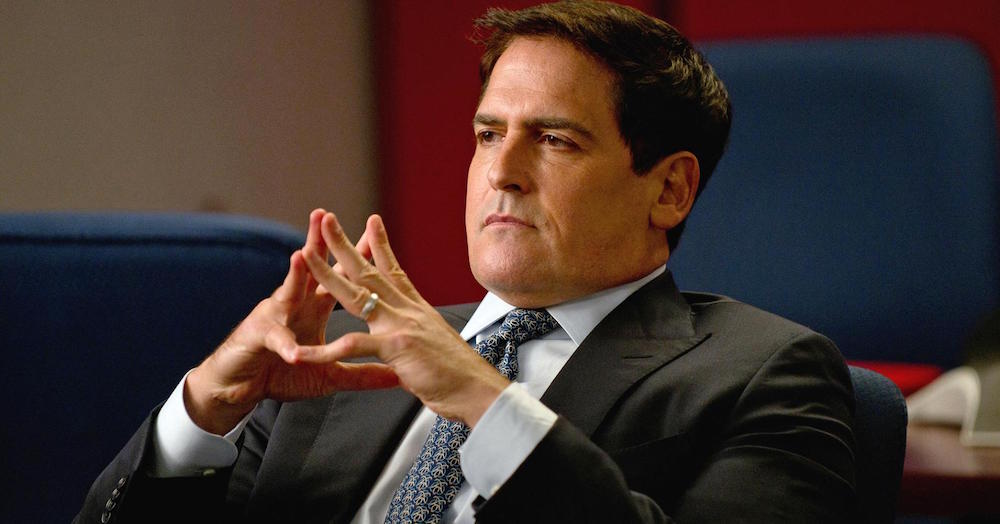