The early bird doesn't always get the worm. Here are three ways to make your hard work pay off; and they aren't dependent on rising early each morning.

I’m sure you have heard the cliché, “The early bird gets the worm.”

I know people who start work at 5 a.m., but they don’t produce nearly as much as others who get in the office around 9 a.m. It’s not about being the first at the office or the last one to leave. What you’re doing during those hours is what fuels success.

Here are three ways to make your hard work pay off; and they aren’t dependent on rising early each morning.

We were told from an early age that early risers are more productive, more successful and have a stronger work ethic than those who wake up later. It’s great to rise early, but that is half the battle. It’s what you do before the break of dawn that sets you apart.

If you show up early, take a long coffee break, and waste time on social media you’re not being more productive. Conversely, if you show up to the office at 9 a.m. and you’re focused, then your overall productivity for the day will be much greater.

2. Play to your strengths

I know many successful people who don’t show up to the office until mid-afternoon. Why? Because that’s when they think and feel their best. If you are able to do that, kudos to you. For instance, Aaron Levie, founder of Box — a billion-dollar business — usually arrives at the office between 11 and 11:30 a.m. And his head usually won’t hit the pillow until 3 a.m. The hour of the day doesn’t necessarily depend on your Success isn’t dependent on being the first to arrive at your office, what you do with that time is what counts.

3. Improve your systems and processes

No matter what time you show up, always look to improve your systems and processes. The goal is to learn how to be more effective in your efforts. That said, don’t make changes just for the sake of making changes. Be intentional. Figure out how to automate repeat projects, work smarter, and use resources more efficiently.

Stick close to your mission. Consider how your daily practices align with your overall vision. Perhaps “early to bed, early to rise” and all of this worm-chasing nonsense is a holdover from days when we were dependent on daylight for agrarian work.

Perhaps this platitude hangs around because of the lingering misconception that everyone has the same circadian rhythm, and thus the same optimal wake time. Whatever the reason, do what works best for you. When you use your strengths to your advantage it won’t matter what time you arrive — as long as you keep showing up.

Nicole Smartt is the owner of Star Staffing. She is the youngest recipient to be awarded the Forty Under 40 award, recognizing business leaders under the age of 40. Her book, From Receptionist to Boss: Real-Life Advice for Getting Ahead at Work, can be pre-ordered on her website at www.nicolesmartt.com. Connect with @Nicole_Smartt on Twitter. 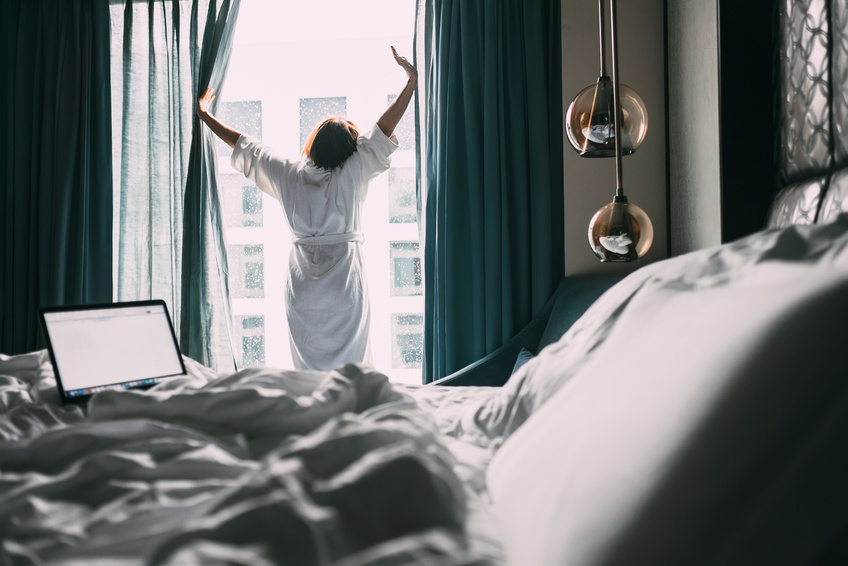