Why It’s The Best Time To Start A Business In The U.S.

The climate around American business is an uncertain one. But the picture is not all doom and gloom - far from it. Here's what you should know.

The climate around American businesses is an uncertain one. Small business confidence is wavering as the current administration wrangles with the election of key officials. But the picture is not all doom and gloom – far from it.

Here are a few key reasons why businesses should be extremely optimistic about the future of the U.S. economy.

One of the Trump administration’s key ideas for reform is what’s known as a border adjustment tax. Similar to a trade tariff, the BAT would place an extra tax burden on imported goods, but exempt American goods destined for export or domestic consumption. This would enable US manufacturers to stay competitive in a global market where labor is often cheaper elsewhere.

The Economist explains, “As a result, retailers, who stock their shelves with imported wares, are lobbying against the change. Exporters, such as the aerospace industry, broadly support it. Yet economic theory is conclusive: unlike tariffs, border-adjustment should not affect trade.”

An extra import tax on certain goods that are deemed to be flooding the U.S. market has also been discussed. However, this may put the U.S. in unnecessary conflict with China. Having been tough on the country in his campaigning, Trump now seems to have taken a conciliatory tone.

Discussions are already underway with China to strike new trade deals, which would increase exports to the world’s largest market. Such a preferential deal would be of immense benefit to U.S. business, potentially helping U.S. industries such as technology, where the likes of Google have been unable (or unwilling) to enter the market.

Lower taxes and fewer regulations on the horizon

For all of America’s enterprising spirit, its tax laws have often been labeled as hostile to businesses. The 35% corporate tax rate on U.S. profit is among the highest in the western world, where taxable income is subject to tax at 34% or 35% where taxable income exceeds $335,000. While many classifications of business pay little to no corporate tax — and bigger businesses often reinvest their foreign profits — it’s still an unnecessarily limiting factor.

This may be set to change. Corporation tax faces a massive equalising drop to between 15 and 20%, with the global citizenship tax also slated to be removed entirely. Tax deductions on domestic expenditure have also been discussed, potentially including the cost of business acquisitions.

The hope is that this will tempt businesses to return to the U.S., as well as free up nomadic entrepreneurs who may be more inclined to bring their business back in future. Some businesses may end up paying corporate tax where they previously didn’t, but for most, it should mean a more level playing field.

Everyone will want to buy a U.S. business

The EB-5 Visa, also known as the Immigrant Investor Program, was created by Congress in 1990 to stimulate the U.S. economy through job creation and capital investment by foreign investors.  “Roughly 10,000 EB-5 visas are awarded each year, with more than 85 percent going to Chinese investors in 2014, according to a study…”

It has been the favored means of entering the U.S. market for decades now, allowing foreign investors to gain citizenship by contributing to a business venture. But its future under Trump is uncertain. While he has utilized the scheme for his own business interests, USCIS amendments tabled in January would raise the bar in terms of where investment takes place, as well as how much money is needed.

One of the chief reasons for America seeking foreign investment in this manner is that larger businesses often choose to leave the U.S. The stipulation that domestic businesses must pay tax on all global operations, as well as the high level of corporation tax, can tempt larger firms to move their operations entirely. This process, known as inversion, could now turn to reversion, as businesses flock back home.

The combination of a strong dollar, strong consumer market, import tariffs and potential deductions on domestic capital expenditure are a perfect cocktail, benefitting both estranged and foreign enterprise. If all goes to plan, the U.S. could see a wave of returning businesses and foreign investments that will further bolster the economy and jobs markets.

While there is uncertainty over the current administration, there’s little sign that it has permeated the jobs market. “The unemployment rate dropped to 4.4%, its lowest level since May 2007,” with significantly more hires (235,000 total) than anticipated.

The obvious benefit is to spending power, providing a further boost to the consumer economy. And even with this focus on industry, new jobs are on the horizon. In order to successfully transition areas of America’s industrial heartland to creating new goods, it’s inevitable that there will be some retraining and investment. The renewable energy industry is growing unabated, with many states coming around on its economic benefits in the last few years.

Meanwhile STEM (science, technology, engineering and math) degrees have become incrementally more common for both men and women over the last decade. At present many graduates are from other nations, particularly those in Asia, and must be persuaded to stay at major companies, as well as grappling with the green card process. Reducing immigration and boosting businesses seems beneficial for everyone, so an equal focus at the federal level is surely inevitable.

As the founder of Start An American Company.com, Heather Landau has honed her skills in service advisory from the pragmatic to the practical. With a total of 25 years combined experience in international marketing and business development, Heather is a leading voice on company formation in America, and operates similar services across Europe and the rest of the world. Connect with @start_american on Twitter. 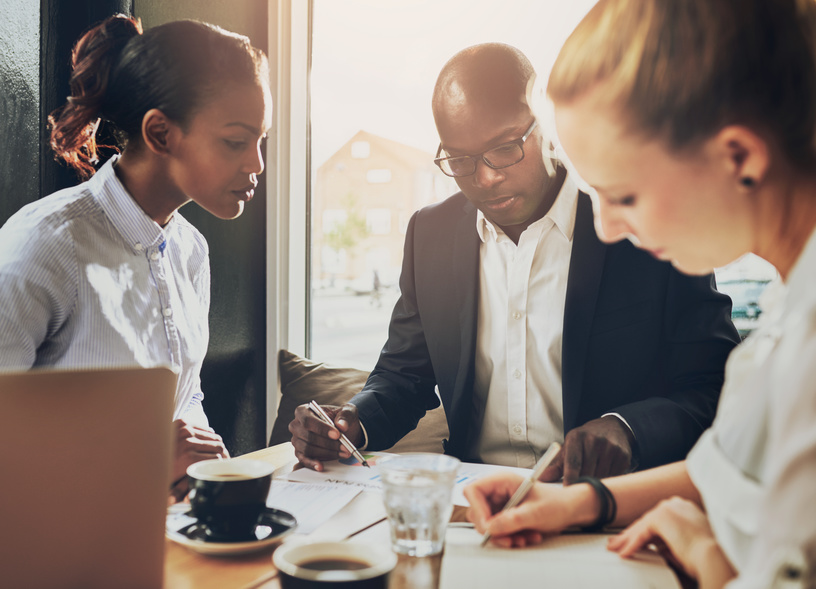