What My First Boxing Match Taught Me About Business

I got in the ring in front of 700 people, with a rather large woman, and subsequently raised over $2,000 for cancer research.

Right before Christmas an extreme experience changed my life and my business forever. I pushed myself beyond what I thought was possible. My comfort zone was well and truly smashed into smithereens.

I took part in an actual boxing fight. Yeah you read that right. I got in the ring in front of 700 people, with a rather large woman, and subsequently raised over $2,000 for cancer research.

I realize a lot of women are involved in combat sports. For many people this wouldn’t be a big deal. But, as someone who is painfully shy and self-conscious, not particularly sporty, body confident, beast like, scary or aggressive, it was a huge stretch. There were a lot of sleepless nights leading up to the fight–believe me.

The thought of being punched in the face repeatedly by a bigger more experienced fighter scared the bejeezus out of me. As you can imagine, I’ve had a lot of time to reflect on what it was that enabled me to step into that ring and go three rounds with her.

I was not alone in this process. I was supported the whole way by my coach, Brian. I would not have done any of this without him. I had no idea what I was doing. I was scared and freaking out. There’s no way I’d have gotten into the ring without Brian – I’d probably have gotten knocked out in the first round!

Brian is one of the best coaches around. He’s helped people go from amateurs to champions. He’s got years of experience. He’s done it himself. He’s tough as nails. And he’s hilarious. And he believed in me… although I wasn’t quite sure why at the time.

He knew I could do it. And the fact that he seemed to think I could meant that I started to believe in myself too. From the moment I signed up for the fight we worked together as a team to make sure I was ready. He had my back.

Beyond Brian, I had a whole squad of people on my side too.

While I trained, I made friends with other fighters–although, I only talked to boys and very tall girls, because I could be sure I wouldn’t actually be fighting them!

Learning from more experienced fighters and getting their support and encouragement was a big boost. For instance, discovering that my left hook was famous at the gym made me feel pretty good, that’s for sure. And then on fight night I had a little team of people in my corner doing the whole water and sponge thing.

Looking back, it’s actually a bit hilarious, but at the time it felt good knowing I was not alone. So, what’s all this got to do with business, you may ask?

Want to win? Find your squad

It’s funny how it’s perfectly acceptable to have a coach and a squad in sport. It makes total sense. You wouldn’t set a mega olympic goal and attempt to achieve it alone. Yet, in business we convince ourselves that we can manage by ourselves. Even when we clearly need a hand.

We have such high expectations. And when things get tough we beat ourselves up and threaten to jack it all in. My biggest lesson from that fight was this: Don’t go into the ring alone. This same lesson should be applied to business. Here are two simple ways to do just that.

Facebook groups are a great way to meet other entrepreneurs in the same boat as you. Some groups have thousands of members, whilst others are smaller, niche and more intimate. Find a smaller group with a strong leader who has been where you want to go. That way you can benefit from their virtual mentorship and experience, and make meaningful connections with other entrepreneurs just like you.

2. Join or create a mastermind

Masterminds are a great way to take you business to the next level, become accountable and get stuff done! Normally masterminds consist of small, intimate groups, led by a business coach who will help you set your goals each week. And that leads me to my next point.

Just like I could never have gotten into that ring without Brian, you probably shouldn’t attempt to grow a successful business without an experienced business coach, or multiple business mentors. Sure, you could go it alone, but you’ll shorten your learning curve and reach goals far quicker if you have regular coaching and input from someone who actually knows what they’re doing.

My biggest lesson from this whole fight thing? Don’t go into the ring alone.

Nadia Finer is one of the UK’s most foremost business coaches with ten years’ experience supporting female entrepreneurs in her own unique style. She has helped hundreds of clients around the world to start and grow their businesses and specialises in helping clients to work less and make more money. Nadia’s first book ‘More To Life Than Shoes’ was published by Hay House, and her second book is out this year. She regularly speaks internationally, and hosts a popular podcast. Nadia has been featured in numerous publications including the Huffington Post, The Guardian, Marie Claire and The Telegraph. She lives in London with her husband, son Jacob and fuzzy dog, Bobby. Connect with @nadiafiner on Twitter. 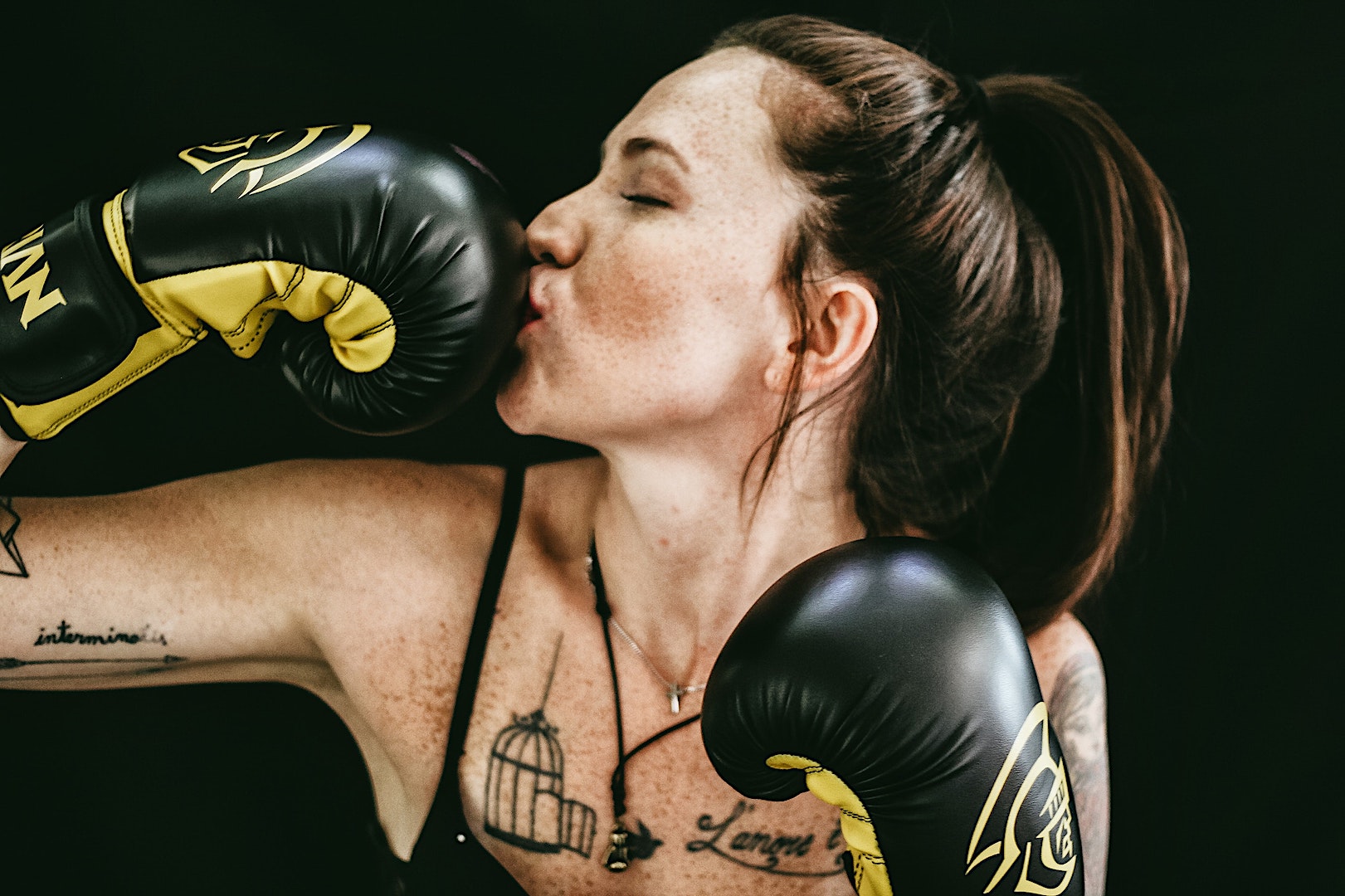