What does Wonder Woman have to do with the challenges faced by digital marketers and entrepreneurs? You may be surprised.

This article includes spoilers for the entirety of Wonder Woman.

What does Wonder Woman have to do with the challenges faced by digital marketers and entrepreneurs? You may be surprised.

I watched Wonder Woman, the reboot released last year that set numerous box office records, as a super fan–not a comic book fan. I couldn’t tell you whether Wonder Woman was a DC or a Marvel character (set right by my husband). In fact, I knew nothing of her back story.

Wonder Woman has always represented a personal mantra for me and for many others. Prior to her reboot, she was the cartoon embodiment of the spirit that lives within. Every day, I’m faced with challenges where I have to rise to the occasion as a wonder woman.

In preparation for this movie, I took the day off (I still work part-time), got into full costume and headed off to the theater—two hours early, to finally see my inner self, stretched out in Real D 3D. As the movie swelled, so too did my sense of pride. My girl power was on full high-definition display. So was my entrepreneurial adventure. By the movie’s end (and through my spontaneous crying), I now know it was validation.

The affirmation I felt as a woman and the endorsement I needed as an entrepreneur had just collided in two hours and twenty-one minutes of pure wonder. The Wonder Woman film, directed by Patty Jenkins, is packed with a lot of memorable scenes and quotes that characterize the voyage from employee to entrepreneur. Here are four of the lessons I learned that may be of use to you, too.

Learn as you go

According to Greek mythology, Diana’s mother Hippolyta wanted a child so badly, she formed Diana out of clay. Zeus, a mythological god of the sky, breathed life into the clay. Diana grows up on Paradise Island, an island inhabited by thousands of Amazonian women trained in the art of battle to defend themselves and the world from Ares—the god of war.

Though sheltered, Diana knows she has something special inside of her. Fearing for Diana’s safety and driven by her own motives, her mother Hippolyta attempts to quell this spirit. She fails as Diana secretly trains with her Aunt Antiope, the fiercest warrior on the island. After giving permission for Diana to train. Hippolyta proclaims Diana “… must never know the truth of what she is.”

After the Germans invade the island, as Diana prepares to leave her home for the first time to fight for a people she’s never met for a cause she doesn’t know, she declares “If no one else will defend the world, then I must.” Setting sail in the dark of night, she does not yet know her full wonder.

Little by little, we watch Diana learn things about herself and come into her power, from producing a force field by crossing her arms, to discovering her strength as she scales the wall of a concrete tower, to shielding bullets for the first time, including making her first leap as Wonder Woman while in battle at the village. Each time, she’s amazed at what she can do and seems eager to learn more.

Wonder Woman Lesson: How many times as digital marketers do we wait to know it all before we offer our gifts to the world? We study, learn, design, and tinker (again and again) to reach that one day where we can take shelter on perfection isle. Sound familiar? Stop waiting for the perfect time. There will never be one. We’ll never have it all figured out. We learn as we go. We must figure it out as we set sail. We must be amazed at what we can do—because the strength is in the doing. This is where we hone our skills, grow, and get better. We unlock the gift inside of us. It is then that we become wonderful.

Decide on a mission and stick to it

Diana is dogged about what she must do. Following the events on Paradise Island, she knows she was called to fight. In London, she was clear she was there to fight the war. She never waivers. It was her mission to save others, fight for those who could not fight for themselves. She walked straight into the battle (over objections), fought the good fight and won. She relied on her skills and training. She jumped into the unknown, using her strengths to compensate for her weaknesses.

When she debuts as Wonder Woman, it’s her way of saying to the world, “Watch me work.” In the process, she educates Steve Trevor and cohorts on why this battle must be fought and how it was going to be done. Trevor, a German spy rescued by Diana on Paradise Island, had his own ideas on what should be done.

Wonder Woman Lesson: In a world where we spend more pixel time than face time, digital marketers have valuable money-making skills. To be an online marketer is to have a mission—a belief that digital marketing can save many businesses and change lives. Since all business owners do not see the value of a digital presence, it’s a constant crusade to educate the community. We jump into assignments often with limited information. It’s our job to educate clients when their path doesn’t lead to a desired goal. Digital marketers see the world through a different lens—a digital one, while inspiring clients to be open to all possibilities—to think differently.

Use the tools on hand

When the Amazon women fight the Germans on Paradise Island, we see the ingenuity of the battle come together when Antiope takes on three warriors. We hear Antiope yell “Shield!” to her fellow warriors, who bend over and place a warrior’s shield on their backs.

While Steve Trevor and Diana look on, Antiope runs and jumps on the shield to boost her, giving her the height she needs to slay her enemy. In London, when Wonder Woman, Steve and crew are up against a sniper, Steve remembers Antiope’s move. He grabs a piece of metal, yells “Shield!” to Diana, who recognizes the opportunity to repeat her aunt’s success as she charges toward Steve, leaps on the metal, and propels herself into the air.

Wonder Woman Lesson: Use what you have on hand. There is much talk in the online world about a myriad of different tools: MailChimp, ConvertKit, ActiveCampaign, Infusionsoft, Clickfunnels, LeadPages, Instapage, etc. Truth is, any one of these tools will do the job. There are many ways to do the same thing. Find your way. Be inspired by others, but don’t copy. Take someone else’s move and put your own spin on it. There is no way to truly copy anyone else. Their gifts are theirs and your gifts are yours. Each person will have a different essence, speak to a different audience, but will be no less brilliant.

Be true to yourself and believe when no one else does

From the moment we meet Diana as a child, we see her determination. Throughout most of the movie, she’s told no. She can’t learn to fight. She shouldn’t leave the island. She can’t go to battle. She shouldn’t dress a certain way. Diana had great comebacks. When she’s told she can’t go after her enemy, she replies, “What I do is not up to you.” When she is told she can’t go into battle, she declares, “That’s what I’m here to do.” At each turn when she is told no, she says yes.

Wonder Woman Lesson: As an entrepreneur, specifically a digital marketer, people will not support you. Well-meaning friends and family will not get it. You will be told no by people who love you and by those who don’t believe in you. You will be rejected. There will be setbacks. If you believe in yourself, stand firm and stay true to your mission, success will happen eventually. There in your corner of the world (or corner of the internet), you save the world.

Your power as a digital marketer is in the belief. One of the most memorable quotes from the movie captures this idea well: “It’s not about what you deserve; it’s about what you believe.” Entrepreneurs who believe in themselves at all costs are usually the ones who succeed.

To those who stay the course and believe in creating good by helping others, who live the values of Wonder Woman—good, truth, justice and equality—there is a word for you. Dare I say it – you’re a Wonderpreneur.

Reesy Floyd-Thompson, owner of Create Good Marketing, is a digital Wonder Woman on a mission to teach non-marketers and do-gooders how to use the internet. She specializes in the I-don’t-know-jack-about-marketing entrepreneur looking to change the world. Connect with @ReesyThompson on Twitter. 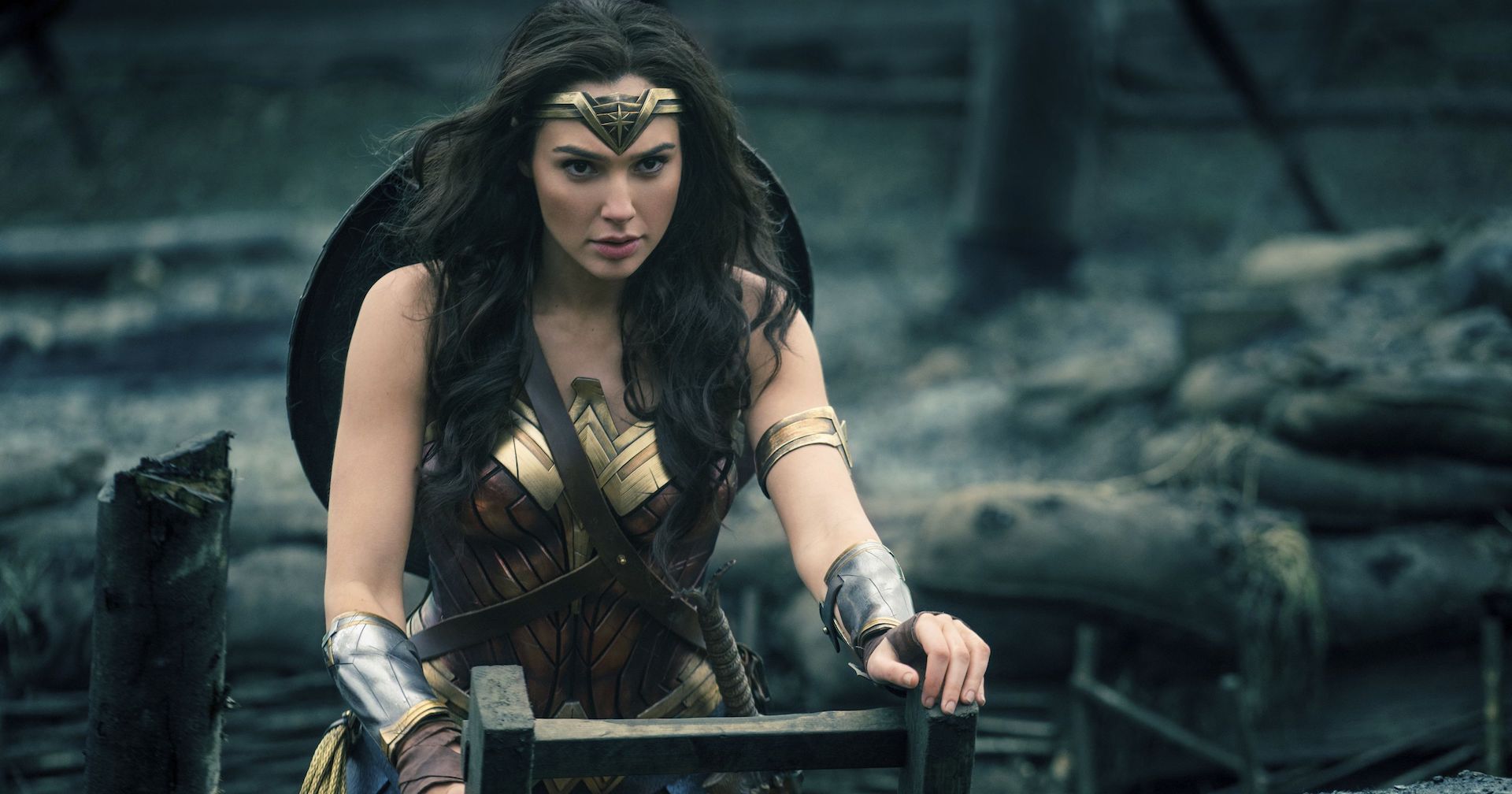