An Unconventional Way This Company Killed Its Biggest Productivity Killer

When a startup suffers from multiple office distractions and a lack of team focus it's time to look beyond traditional office productivity methods.

Many of us are familiar with the story of how coworking spaces are a great option for startups that want to share ideas and have a low degree of job formalization. Allegedly, open offices empower collaboration, spark creativity and ease communication; however, most efforts to fuel more successful collaboration in big office spaces paradoxically only seem to be making things worse.

In fact, many companies are dealing with an unforeseen privacy crisis. “Steelcase research has revealed that, while togetherness at work is vital for value creation, in excess it’s a killer. Throughout the world, too much interaction and not enough privacy has reached crisis proportions, taking a heavy toll on workers’ creativity, productivity, engagement and wellbeing. Without question, successful collaboration requires giving coworkers easy access to each other. But it also requires giving each individual the time and places to focus and recharge.”

Recently I spoke to Martina Andjelkovic, CEO of digital marketing agency Snajka, about her experience moving her company from a shared to private office, and some unforeseen difficulties that arose along the way.

Snajka had, until recently, operated in a co-working space of a local hub – a big office with five startups and more than 50 people in its busiest hours, with one isolated conference room available on request.

“It’s inevitable – no matter how quiet everyone tries to be, every now and then something would ‘beep,’ someone would ‘lol,’ or answer their phone, or decide to have a quick lunch at their desk, etc. And that’s nothing compared to group work that was present almost at all times, with loud brainstorming, discussions, polemics – the whole package. Headphones were the unavoidable tool for getting things done, and whenever someone had serious work to do, the only way possible was either before or after the working hours, or remotely, from the shelter of their homes,” she confided.

Luckily, their business grew despite this, and so did their needs. Eventually Martina made a decision to move her company into a new, private office. Aware of the problems they had before, she did her research before picking and designing the new workspace for her business.

Ergonomic furniture, one separate “quiet room” for intensive work, natural light and plants – she invested a lot, convinced that this would put an end to mostly all kinds of efficiency-related issues in her company. However, although their own space brought the autonomy to perform new types of work in innovative ways, it turned out that it also brought some unpredicted changes in the office culture that she and her employees needed to deal with.

Believing that they no longer bothered anybody, people started hindering themselves – the sudden quiet in their new open office was quickly filled with co-workers chit-chat, laugh, and loud brainstorming sessions. Consequently, quite soon you could notice some people turning their desks to the walls or windows, escaping to “the quiet room”, and most distinctly – in a matter of weeks everybody was wearing their headphones at work again.

With no intention of being a “bad cop” and limiting the amount and type of conversation in the office, she figured out that she needed a more creative solution to keep herself and her people on track. The most concerning was the fact that even the shortest breaches in attention, such as a simple joke or a trivial question that can be googled in no time, can carry a destructive ripple effect.

Once a distraction occurs it can take as much as 23 minutes for the mind to return to the task at hand, according to research done at the University of California. “I needed to stop this drain of time and precious cognitive energy, in order to fully grasp the benefits of finally operating in a private office,” she concluded.

Eventually, Martina figured out that the best possible way to do this would be by turning it into a kind of a game. “I came up with the ‘productivity marathon,’ where I established a competitive atmosphere in which people who continually performed well were positively rewarded.” She installed time-tracking software into everyone’s computers, connecting the dashboard to her old TV she set on the office wall, and let everyone see what others were working on – in real-time.

“When my employees arrived at the office that Monday, you could almost read the puzzle on their faces – what the heck was the TV for? Everything became much clearer when I turned it on, showing the only channel there was – a ‘live stream’ of everyone’s computer consumption at the moment, including their productivity levels based on what they were using.

“For example, next to my name they can see how long I have been actively working, how much of that is productive, and how much isn’t. At the end of the day we declare winners, and on the monthly level, the MVP is symbolically rewarded with various gift cards, to keep the spirit up,” Martina explained. Having an insight into all the data and reports regarding her employees’ computer activities, she simply set the TV to display this feature to everyone, publicly.

“It started as a game, but when I saw how people accepted it I continued pursuing this thing until it became part of how we work on a daily basis. Normally, in an open office you can quite easily detect when someone’s off the task, which isn’t a problem per se until it spreads around and escalates.

“So I created a situation where everybody knew everyone’s progress, and that was the biggest intrinsic motivator for people to stay on task, and improve,” she explained in our conversation. “Doesn’t matter that the majority of us would mostly look at our own names on the screen – the simple fact that others can see it too was enough to constantly remind us to stop messing around and get the work done.”

As a result, there are now days in Snajka when no one even needs to enter the “quiet room,” and the time spent on unproductive websites for some particularly competitive individuals was reduced by half. On top of that, people were noticeably more satisfied, since they were finishing work earlier and spent less hours working overtime, which resulted in savings of more than 30% for overtime reimbursements in just couple of months.

This concept of distributing control horizontally through organization isn’t new, but it’s not conventional to see the approach merged with technology and competitively stimulated in order to achieve both higher productivity and job satisfaction. This time though, it was exactly what a company needed to boost its morale and shape up.

If your company suffers too much from office distractions and a lack of focus, you might need to be innovative and dedicate more time to discover what’s beyond the traditional productivity solutions.

Keep in mind that there isn’t a single type of optimal work setting – one specific office can make extroverts feel isolated, while at the same time being a nightmare for the introverts. Today, achieving the right balance between working in privacy and working together is critical for any organization that strives to advance and stay innovative.

Combining a specifically-tailored office design with a competitive spirit fueled by a positive reward system and transparency is a great way to intuitively bring your employees to a state of full dedication and collective harmony, which will inevitably reflect on your business indicators as well.

Ivan Petrovic is a tech guy, turned business guy, who works 24/7 between Belgrade and San Francisco as the founder and CEO of WorkPuls. Being a productivity junkie, he is always eager to exchange knowledge, tips and tricks. 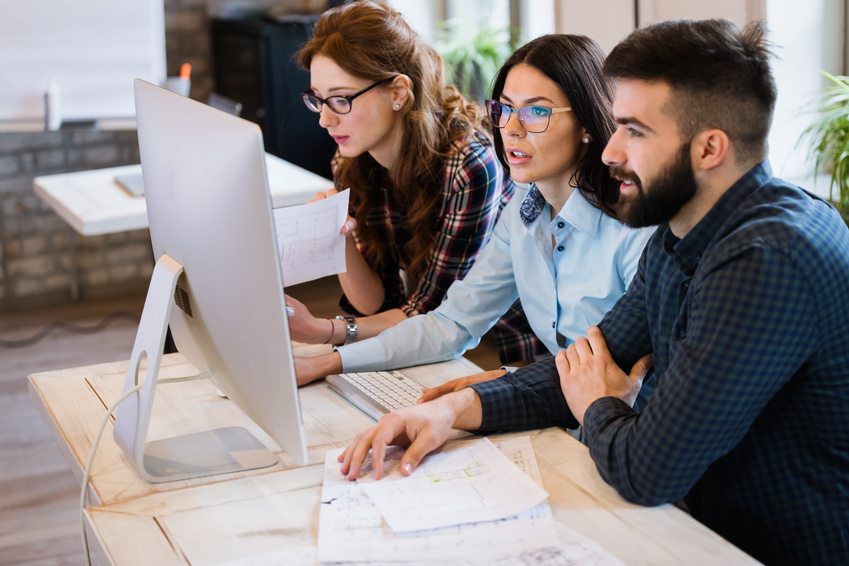