In 2018, Beyoncé became the first black woman to headline Coachella. A year later, she has executive-produced a Netflix documentary about her performance.

In 2018, Beyoncé became the first black woman to headline Coachella, making her “Beychella” performance historic. Now, a year later, Beyoncé has written, directed, and executive-produced Homecoming, a Netflix documentary about her Coachella experience.

For the uninitiated, The Coachella Valley Music and Arts Festival (dubbed “Coachella” or just “Chella”) is an annual music and arts festival held at the Empire Polo Club in Indio, California.

“Attending an HBCU was aspirational for Beyoncé, even though she prioritized her pop stardom instead,” according to Rolling Stone. To that end, Beyoncé assembled a massive team of steppers, musicians, vocalists, and dancers for the performance, noting, “The amount of swag is just limitless… It’s just so much damn swag.” In voiceovers, Beyoncé shares her vision, an homage to historically black colleges and universities. The film also chronicles glimpses of the work that went into her historic performance as the festival’s headliner, including her comeback after giving birth to twins.

“Macro, micro, personal, political: Beyoncé always works on many levels, achieving the kind of complexity one might call ‘effortless’ if she didn’t go out of her way to show how much sweat it took.” The Atlantic

As you dive into the Netflix film and its accompanying live album, here are a few words of wisdom Beyoncé shared, along with insightful lessons, that can spark inspiration and vision for your next life and business moves.

“So I studied my history, I studied my past, and I put every mistake, all of my triumphs–my 22-year career–into my 2-hour Homecoming performance.” – Beyoncé

In essence, this lesson is hard-won. Learn how to use everything you’ve got. Make you past triumphs and defeats useful. Let your past inform your present and future, but don’t be confined by it. Take a scientific approach to your successes and failures. “When a scientist runs an experiment, there are all sorts of results that could happen,” author James Clear notes. “Some results are positive and some are negative, but all of them are data points. Each result is a piece of data that can ultimately lead to an answer. And that’s exactly how a scientist treats failure: as another data point.”

“What people don’t see is the sacrifice.” – Beyoncé

In the film, Beyonce recalls the difficulties she experienced in a 15-month lead up to her iconic 2018 Coachella performance. She was met with mental and physical pressures, and fleeting moments of self-doubt. In any great endeavor, highlights often take center-stage, but that same stage is often built on a foundation of sacrifice. The best-selling author Napoleon Hill once wrote, “Great achievement is usually born of great sacrifice, and is never the result of selfishness.” What are you willing to give up today in order to get what you want tomorrow?

3. Figure it out along the way

“I’m just trying to figure out how to balance being a mother of a six-year-old and twins that need me, and giving myself creatively and physically – it was a lot to juggle.” – Beyoncé

The quest for work-life balance (I prefer work-life prioritization) is a humbling journey for every woman that desires great achievement personally and professionally. While balance is not easily attained, prioritization is a welcomed and necessary approach. Prioritization, and success for that matter, will always lead to an imbalance in one way or another. In a renewed context, we can craft a more effective and personalized approach to structure our lives and businesses that allows for something far better than an elusive work-life balance.

“I definitely pushed myself further than I knew I could. And I learned a very valuable lesson––I will never, never push myself that far again.” – Beyoncé

The interesting thing about limits is that we rarely know them. Beyoncé recalled finding hers and then vowing never to push them that far again. A valuable lesson in a startup world fueled by “No limits” memes. A lesson that is hard-won as most people spend their time shadowboxing and rarely step into the ring. In theory, should you limit yourself? No, of course not. However, in application, human-beings do have limits––push yours wisely.

We all love great achievement, but like anything worthwhile – it takes work. No stranger to building things from the ground up, Beyoncé shares insight into how her respect for the work impacts her decisions and every detail. In fact, she’s obsessive about the details and you should be too. Every great leader, in business, entertainment, or otherwise knows the value of details. Hold the vision and build a team to execute the details with intention and accountability.

As an accomplished entertainer, Beyoncé’s work ethic is rigorous and focused on continuous improvement. It’s a testament to the fact that success is not random. In fact, it is the very basis of Kaizen, the Japanese philosophy and practice of continuous improvement. “While Kaizen was originally developed to help businesses improve and thrive, it’s just as applicable to our personal lives.” It “offers us a way where we can live our lives to the fullest by continuously learning, growing and thriving.” Simply put, we are never too good to grow.

“My family is my sanctuary, my weakness, and my strength. They’re my tribe. And it was important that we all felt like family.” – Beyoncé

Define your core values and then, live and lead by them. For Beyoncé, family is a core value and priority. As a result, she aims to cultivate and express it in her life, business, and on the stage. Consider your own values and how they inform how you show up for yourself and others.

8. Be grateful, be humble, and spark vision in others

“I’m so lucky and grateful that I’m able to take all these crazy ideas and actually make it into something that heals people; that may spark vision in people, that shows them to dream big, that shows them that they are limitless. It’s possible. If my country ass can do it, they can do it.” – Beyoncé

Nothing moves us forward faster than gratitude. Humility enables us to reach others in an authentic way. Gratitude and humility are force multipliers and catalysts that can empower each of us to spark a vision in others. Take your crazy ideas, express them in a tangible way and you will embolden others to do the same.

From revelations about Beyoncé’s challenging pregnancy to behind-the-scenes rehearsal footage, the new film delves deep into the making of Beychella. Yet, we’re encouraged to take a deeper look, behind the stage lights, at insightful lessons hidden within fundamental truths and apply them to our personal journey.

As the film ends in a moving voiceover from the late Maya Angelou, we are reminded: “Tell the truth, to yourself first, and to the children. Live in the present. Don’t deny the past… And know that the charge on you is to make this country more than it is today.”

“In each of us, another woman or young girl might see a reflection of herself, of her worth of her boundless potential. The youth need to see their greatness reflected in our eyes. Go forth! Let them know we’re real.” – Homecoming, a film by Beyoncé 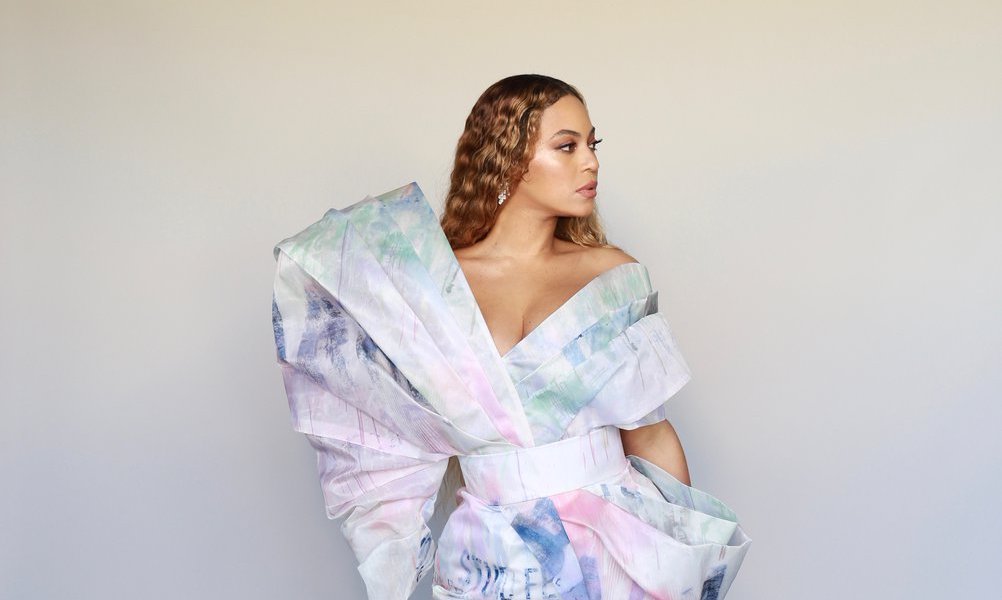