If you're ready to promote your company domestically and abroad, avoid repeating our mistakes and grow your online presence with these tips.

With more than a decade’s worth of experience, our company has never paid for media coverage, and yet, we have received several thousand links and mentions.

In this article, I will share the mistakes we made when we first entered the world of Western media coverage, how we rewrote articles to please the editors of leading media outlets, and what we pitched to Bloomberg and The Guardian.

Mistake #1: Trying to pitch an article on a very narrow topic.

Needless to say, advertising material and press releases about the opening of a new company office will never be carried by media outlets for free. In addition to this, large media publications will also often ignore informative articles that might be of interest to your clients, but have too narrow a scope for their readers.

For example, we tried and failed to publish a piece on the specifics of mezzanine loans several times before we ended up submitting it to a friendly media outlet without a hyperlink, simply to prevent it from withering on our Trello board.

In such situations, it is better to explain to those colleagues of yours who have prepared complex analytical material that their articles will be sent only to your company’s mailing list of clients, and that it is not even worth trying to pitch those articles to the media.

Sometimes, I even cite the PR material of telecom operators or aviation companies as examples: we have never seen their articles about existing types of fibre optics or airplane engines published anywhere, but we have probably read pieces like ‘What is the average Manhattan resident’s internet spending bill?’ or ‘Top 7 items passengers often forget in airplanes’. This, by the way, is a classic example of creating an infomercial using your company’s internal data.

Mistake #2: Pitching an article without identifying a newsworthy angle.

While small websites with low traffic might be happy to carry a review of the German hotel market, larger business magazines wouldn’t even open an email on such a topic. You need juicy and newsworthy stories to attract the interest of larger media outlets.

These stories can be pulled from internal company sales data and by analysing who bought what, where and when. In 2017, for instance, we saw that the number of client requests for Greek real estate had increased at a time when the media was very focused on writing about how Greece was struggling after the crisis. We approached Bloomberg’s reporter in Greece and arranged a meeting. As a result, we were published by one of the world’s largest media outlets on an original topic that had not been covered before.

In addition to tapping into our internal company data, we also look for statistics from government registries in various countries and analyse everything that we can find related to real estate. This data can then be compared with our company’s customer relationship management (CRM) data, and if overlaps are found, we can offer the analysis to media outlets.

A company that operates in its domestic market and is about to expand abroad for the first time can compare the preferences of their local clients with the preferences of Western clients, using similar PR pieces published by foreign companies in the same field as reference. Popular search engine queries can also be useful for such analysis. In general, comparing the habits of people from different countries is an evergreen topic in any industry, and journalists simply love these stories.

Mistake #3: Not making the email’s subject and introduction attention-grabbing.

On one occasion, we thought we had a cool idea to pitch to publications: Spain’s bureau of statistics had posted a breakdown of property purchases by foreigners and so, we pitched a piece entitled ‘Romanians are amongst the top 10 foreigners buying houses in Spain’. Content with that, we sent our pitch to various Romanian media outlets. We then changed ‘Romanians’ to other nationalities in the top ten and sent those out to the respective country’s local media as well. Not one publication responded.

This is when we recognised our complacency and decided to dig deeper. We found archived statistics from previous years and calculated, for example, that the French had bought a third more flats and houses in Spain in 2020 than in 2019. We also mentioned the exact figures in the first line of the pitch so that it was visible in the email preview and could pique the journalist’s interest before they even opened the email. By contrast, our previous pitches had started with the phrase “Dear Mr. Editor, we are pleased to offer you…”.

With these changes made, we sent our pitches out once again. The results were clear: our emails’ opening rates shot up immediately and our article was subsequently picked up by three separate foreign media outlets.

Through these experiences, we have come to the following conclusion: it is essential to offer an attractive headline that will be clicked on in the future. I also recommend using tracking tools like Mailtracker or Snov.io to check the opening rate and clicks on the emails sent out. Should the opening rate be less than 20, we change both the subject line and the first sentence in the body of our email.

Mistake #4: Addressing pitches to the first person you come across.

Many times, an email goes unanswered not because the subject of your pitch is bad, but because the email has gone to the wrong address. For example, it has been sent to a mass-mailing box, or to a journalist who specialises in a completely different area of interest, or to an editor-in-chief who simply doesn’t have the time to deal with hundreds of pitches. The only way to avoid this is to push past any laziness and research your media contacts more carefully.

It is in fact far easier to confirm the contact details of Western media journalists than domestic journalists as their e-mail addresses are often published alongside the author’s name on media websites. Western journalists also tend to adore Twitter and share their contact information there freely.

I have noticed that nicknames are rarely used in the West, which makes it easy to find journalists on Twitter and other social networks. You can also subscribe to hashtags like #journorequest, #prrequest and others relevant to your area of business. In our case, #realestaterequest keeps us informed of media queries related to real estate.

Mistake #5: Pitching in a language that is different from the media outlet’s.

If the aim is for your company and website to be featured by media outlets in as many countries as possible, English cannot be the only language you speak.

When we wrote about Moroccans in Spain, only one media outlet responded and the response rate was very low. However, when we translated that pitch into French and sent it again, the opening rate went up immediately and we received responses from French-speaking media. By the way, they accepted the article in English and translated it themselves.

This shows that even if editorial teams have their own translators, the editor you are pitching to may not know English at a level that will allow them to answer your PR pitch. Alternatively, they might simply be less bothered to reply to an email that is not in their first language.

I recently successfully pitched an article to a Kazakhstani journalist, citing our previous publications that featured diagrams and charts as examples. She admitted that her newsroom was overloaded with work to such an extent that while they would love to illustrate their news articles with graphs, they simply do not have the resources for it. This exchange confirmed my belief that including illustrated statistics in an article increases your chances of being published.

Even in large media organisations, journalists are often happy to have someone else do the work for them and are likely to return the favour by linking back to your website.

While we have a web designer at Tranio who handles complicated illustrations, when it comes to simple charts and graphs, I make them myself using online tools like Datawrapper and Flourish.

In addition to diagrams, a good way to ensure your company website is hyperlinked in articles is to offer journalists original and unique pictures. That’s how we have been featured 11 times in The Guardian’s features about unusual properties.

To conclude, if you are not afraid to approach editors at the big media outlets, overcome laziness while researching relevant topics and journalists, and actively engage the services of translators, you can promote your company and website not only in your own country, but in the international media as well. Avoid repeating our mistakes and go forth and grow your online presence!

Marina Safronova is an editor in chief at Tranio, an overseas real estate brokerage. Marina holds an MA in financial journalism from City, University of London, UK. She has a degree in property appraisal and worked in this line of business for five years. From 2015 to 2019, Marina was an economic correspondent and a host for the regional Russian TV and radio company and a laureate of various financial journalism awards. 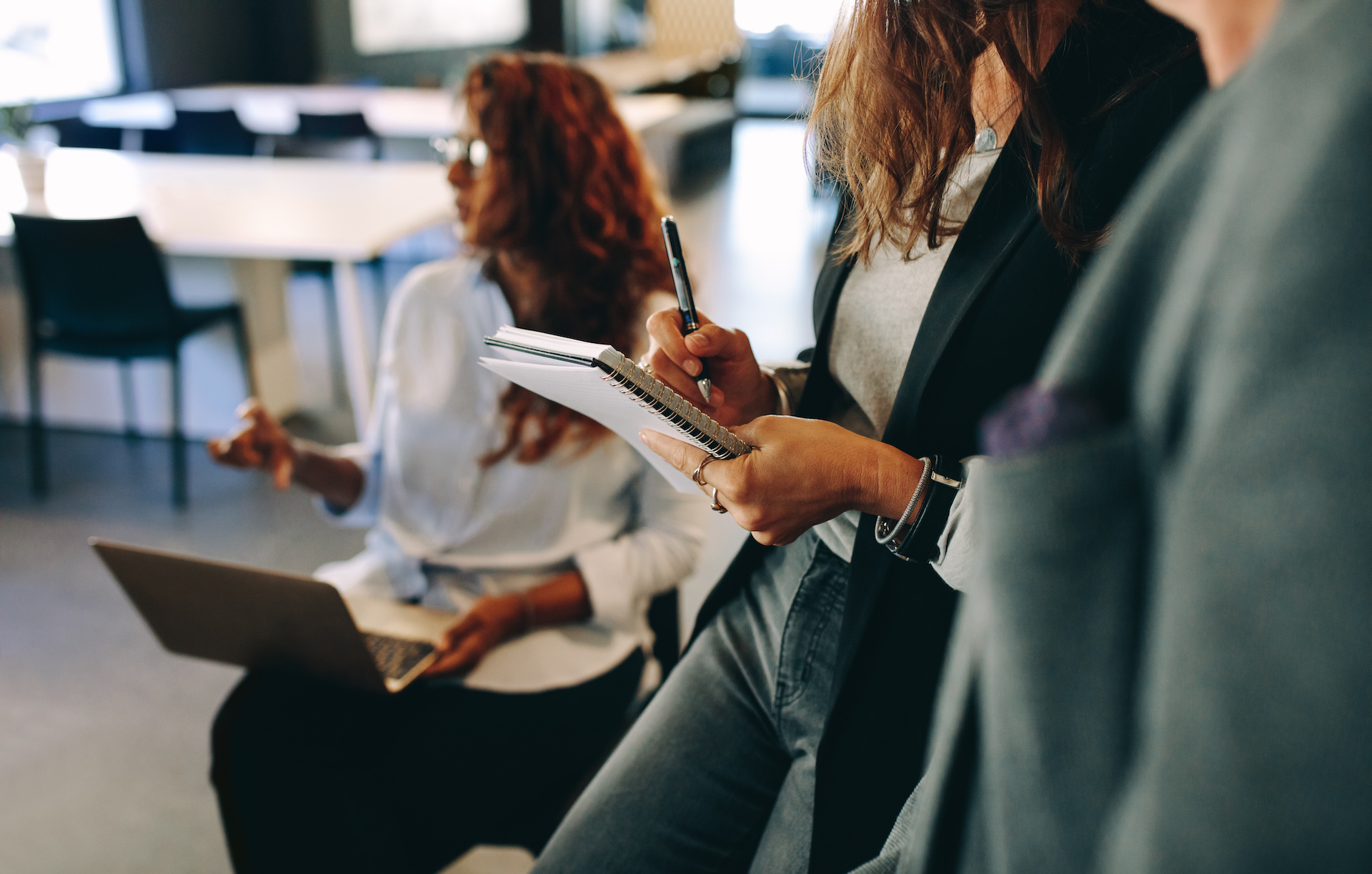 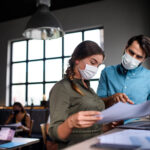 Should You Discuss COVID-19 Vaccinations In the Workplace? 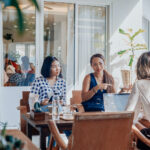 Going Into Business With Friends And Family? Read This First! 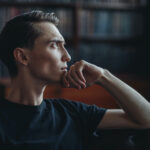 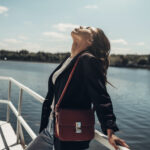 Four Tips To Maintain Healthy Habits Amid The Pandemic 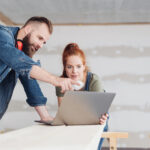 Municibid CEO Reveals How Startups Can Benefit From Government Auctions