Bootstrapping your Company in a World of Venture Capitalists

While VC funding has its place and positive attributes for particular business models, I believe the frequency of its use is unnecessary, in large part because ideas are...

Much of the early-stage startup world runs on a stereotypical formula fueled by venture capital or angel investors. It begins with a light bulb idea followed by running toward the Peter Thiel’s of the world to make the reality of an entrepreneurial endeavor possible.

While VC funding has its place and positive attributes for particular business models, I believe the frequency of its use is unnecessary, in large part because ideas are receiving investment too early. Simply put, without proper evaluation they won’t succeed.

The Problem with VC Funded Startups

The issue is that startups, in particular technology companies, get VC money based on an idea rather than a useful product. While it takes an idea to make a successful product, there are essential steps which are overlooked by many emerging companies.

As a technology entrepreneur myself I realize trends are important, but in the business world, applying trends to client problems is key. I began developing my platform ShortStack, a self-service social media platform used to create custom Facebook pages, in 2009.

At the time I was running a successful advertising agency, but as Facebook swept the advertising world, I quickly realized I had to keep clients ahead of the game. Understanding what clients wanted from Facebook advertising and marketing, I quickly assembled my in-house team to develop a tool that sped up productivity and solved several internal problems — repetitive and time consuming development.

It wasn’t until we began using the tool that we realized it could be a stand-alone product and generate a separate source of revenue. We initially set out to solve a problem directly related to our business, not create the next groundbreaking tool and gather millions in investment funds. I used the internal talents at the agency to develop and test the product and force it to prove itself; if it didn’t work for us, there was no point in moving forward thinking it would for others.

Many startups fail to recognize the importance of this step. Receiving VC funding immediately limits their focus to selling the product and increasing metrics as quickly as possible. It leaves little time or resources to focus on the actual product.

We released the ShortStack platform in waves and in beta. Small groups of testers, made us aware that the platform was imperfect, gave us insight on bugs, quick fixes, and additions to make the platform strong and reliable. As we continued to refine it, our focus never left the quality and usability of the product.

Eventually, in January 2011, we were ready to share with the world. We’d made our lives easier and now we had the opportunity to make the lives of graphic artists, agencies and businesses easier as well.

Today, we are a multimillion dollar company based on a simple tool that that was built to solve an internal problem. We have more than 100,000 active users and we service more than 260 million Facebook fans. 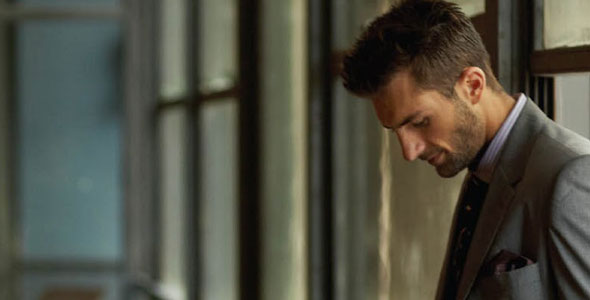