Fifty years ago business was far different than it is today. Fast forward to today and social media has taken us back to what's truly important in business.

“Your grandparents were way better suited at running a business than you are.”

I’ve shared this analogy with many people — when talking to my local social media club members, at informal meetings with fellow entrepreneurs and even on a big stage as a keynote speaker. It has also become a predictable indicator of how much the crowd is actually listening to what I’m saying.

Those that aren’t listening remain calm through this statement. Others that are paying attention always form a half-wry smile, followed by a disapproving head shake.

But before you grab your torches and pitchforks, give me a second to explain the idea and what led me to this conclusion.

I’m not suggesting that your grandparents are going to jump on social media networks, attract a massive following, build a website, capture email addresses, and soft-sell their wares to a web-savvy audience. That isn’t something that most of your grandparents’ generation learned while fighting in the trenches in World War II.

That said, my grandparents are incredibly agile and much smarter than me, so I’m not saying they couldn’t do the aforementioned things. But things have drastically changed.

The Downfall of Today’s Business Environment

Fifty years ago business was far different than it is today.

For starters, a business owner’s customer base was largely local, and although mail-order was an option, most customers preferred tangible items that they could look at, touch, and try on. With a local customer base the typical brick-and-mortar storefront included some signage and an employee or two.

Some businesses might have had a second store across town if they were popular enough. These are the so-called “mom and pop” shops that we refer to when comparing locally owned businesses to the big box retailers like Walmart.

The major difference in the way prior generations ran a business (one of the largest downfalls of modern business) in comparison to today’s small business environment is customer service.

When you went to your local butcher you knew him by name. He knew you, your wife, your kids, your siblings, and your mom and dad. He also knew your neighbors, where you work, and your favorite type of steak. This is precisely the type of consideration and personalization that would have kept you from going to the butcher down the road — even though his prices were slightly cheaper.

You felt a connection with this butcher. You had a relationship.

Fast forward to today and social media “has become an integral part of modern society. There are general social networks with user bases larger than the population of most countries. There are niche sites for virtually every special interest out there.”

Social media empowers a small business — the little guy — to compete with the likes of you Coca-Cola, Walmart, Best Buy and others … at least on some level. Although social media is largely billed as “the next big thing” or “futuristic marketing” by some — instead in many ways social media really does take us back 50 years to the days of doing business with someone you had a relationship with – someone who provided you a good product, at a fair price, and with great customer service.

Over the last thirty years there has been a departure from this way of thinking.

In today’s arms race to see who could attract the most global customers, relationship-based marketing became the collateral damage. Big box department stores moved into town with cheaper, imported goods and put the local butcher out of business. With the number of local mom and pop stores diminishing, relationship-based marketing was a thing of the past — until recently.

The True Value of Social Media for Small Businesses

When it comes to social media, everyone hears that social networks like Twitter and Facebook are great for marketing small business products and services. Any small business owner can create a social media account and start pumping out a dozen tweets a day pitching their products, or making a plea for your business. But they’re missing the mark. 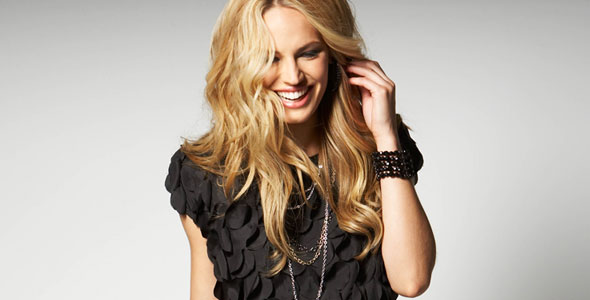