Learn how Lenore Luca found her voice at an early age and why she vehemently believes that teen entrepreneurs should never give up.

As her platform gained in popularity Luca wanted to expand her influence as a motivational speaker by speaking to youth on realizing their potential and the importance of being oneself amid a myriad of influences from friends and family to the media.

“I am a voice for my generation, never letting them give up on themselves, and empowering them to be proud of who they are,” said Luca. That message struck a chord with young teens who tuned into her show and listened to her speak in her hometown.  So much so that last year she published How to Be a Teen on the Move, a book targeting teens to deliver strategies and tips to help young adults follow their dreams.

Learn how Lenore Luca found her voice at an early age and why she vehemently believes that teen entrepreneurs should never give up.

When I was 16 I landed a summer internship at a huge Internet radio station. After that summer I realized that I wanted to create my own online radio station too. So I did some research and created Teen Groove On the Move in October 2010 — a teen interview music site where listeners can stay up-to-date on hot new music and on-air local celebrity interviews.

I started broadcasting every Wednesday at 7PM EST and tried to follow the format of mainstream radio. After booking different celebrity guests on the show and having listeners call in from around the world I realized that I had a voice.

So I wanted to use my voice in a good way and positively influence everyone. That is when I started to to speak to high school and middle school kids about making positive choices in their lives, which led to me writing my first book: How To Be A Teen On The Move. 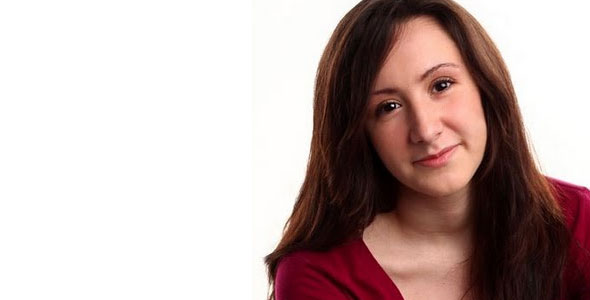