Learn four simple ways to overcome productivity killers and get back on track in business.

Ask any writer and they’ll tell you the one thing that is ever-so-dreadful — writer’s block. For the uninitiated, it is the equivalent of sitting in a room, banging your head against a wall for hours while you put pen to paper with little or no results. Think of it as a writer’s version of brain freeze in that it typically occurs after taking on too much at once.

When studying this phenomenon, I found parallels between writers and entrepreneurs who both felt this “block” and couldn’t get (or continue) going because of it. So, here are four simple ways to overcome productivity killers and get back on track in business:

The problem with removing these productivity killing “blocks” is that it’s not easily solved by most. Generally you’ll read rehashed, and largely ineffective recommendations online. Some include changing your environment, getting more sleep, eating better, exercising, or coming back to the “block” after giving it some time.

These ideas certainly aren’t bad, but the easiest way to fix the problem is to stop treating the symptoms and go after the root. When you have a cold, you take medicine that keeps you from sneezing, keeps your nose from running or relieves sinus pressure. What these medicines fail to do is fix the cause of the symptoms, the cold itself. The same goes for solutions to any sort of productivity block you may be facing.

2. Fear of failure is common.

Something that separates good entrepreneurs–and writers for that matter–from those that are mediocre is the ability to be afraid, yet keep going.

Push through the wall, and just get started. Ask yourself what the worst-case scenario for this project is, and you’ll find it probably isn’t as bad as you originally thought, thus easing your fear.

For example, if I implement a new system at my company that is largely ineffective, what’s the worst that could happen? I could lose a few bucks, have a week or two of inefficiency and then figure out it wasn’t working before changing it back.

Most solutions won’t have long-term implications. Things that don’t work can usually semi-painlessly reverted back to the original way if you’re willing to observe them in action and stop bad practices and procedures before they become real headaches.

Sometimes we’re just not in a position to be creative, which leads to inactivity. The longer this inactive state persists, the less likely we are to get started or to be creative once we start.

Procrastination is a common reason why we never get going. We might call it writer’s block, or entrepreneur’s block, but in reality, it’s just what I called it–procrastination. It’s easy to sit on the couch and say, “I can’t think of a way to fix this.” It’s not as easy to come up with that same excuse if you are actively working on it. 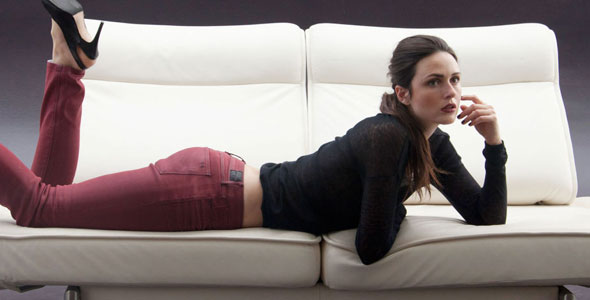