Learn how professional artist, Kal Barteski leveraged the Internet to build her brand (later battling international copyright infringement of her work) and why she believes entrepreneurs should follow...

In 2012 I did a campaign with the coconut water brand, Vita Coco and R&B singer Rhianna. I did all of the scripting for them. That was an international campaign featured all over the world. I also do the script for Estrella Damm — a Spanish pilsener and brewing company, projects for the government of the United Kingdom and for all kinds of charities (and all kinds of people) all over the place. It has been super fun.

Another thing … the cable TV network, Animal Planet found one of my paintings this year through the Internet and I was invited to be one of their guests in Churchill, Manitoba to view polar bears live and it was really amazing.

It really was just because of the Internet… I’ve done a couple of polar bear paintings; I have this polar bear thing and they “Googled” me and decided that they wanted to take me up there. I spent a week in the arctic with Animal Planet and they filmed a documentary on it. It was really amazing. So now I’m working on a massive gigantic polar bear art show scheduled for October 2013.

Recently, I have been doing collaborations with a lot of different businesses and people; they have helped me to diversify and broaden my network. It has really helpful to be connected to other people that are not doing the same thing necessarily…

For example, I work with DENY Design, a Denver, Colorado home furnishings company. [I also work with] CanvasPop, a custom, canvas printing services company and some agencies in New York, NY.

Getting your name out there (i.e. marketing) and getting recognized is challenging. Also, establishing a routine in your own home (if you own a home-based business) and figuring out what types of networking and social media is important for you is also a challenge.

Getting your name out there and getting recognized is challenging.

I don’t know that I have overcome those challenges. One of the things that’s real interesting is this brush script, the lettering stuff that I’ve been doing — I have always done it. It feels like now people are hearing about it and trying to hire me to do all these different things.  It has taken a while [for the market] to catch up, which I find really interesting.

[Another challenge that I’ve faced is copyright infringement.] In 2011, there was a graphic that I painted that said “Be True to Who You Are” that was reproduced and sold without my knowledge or consent. I don’t know if it happened that year, but I found out that it was being sold at several different outlets all over the world, in all kinds of different forums. It had been pinned and repined and posted and reposted millions of times on Tumblr and Polyvore …

That caused me to take a look at how I was doing social media and how I could do better. I realized I could help people understand the  problem and that we’re in a delicate age where people can just steal stuff and don’t have any idea that people are behind the artwork because it lives on the Internet.

With the instances where it was being illegally used in Canada, I settled out of court. There was an infringement in Mexico and one in Denmark where I probably could have went forward with litigation, but I didn’t have the resources (i.e. you have to go to these countries and fight in these other courts). So I didn’t really do anything, but send out a million emails and a million cease and desist form letters — I took it as a learning experience.

Just get out there and do it and be awesome.

This interview has been edited and condensed. 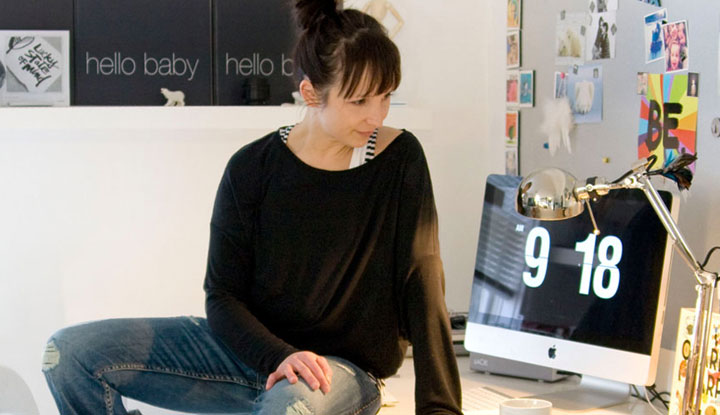