Business and Basketball: Why the Lakers’ Year of Failure Matters to Your Company

Leaders aren’t the ones who try to predict success or failure. They’re the ones who can effectively manage internal and external expectations.

Ask any Lakers fan about the team’s last season, and you’ll find that the word “disappointment” might be an understatement. The Los Angeles Lakers, one of the greatest teams in National Basketball Association (NBA) history, didn’t win a single game in the postseason this year — and it was the first time they didn’t make it to the May playoffs since 1978. It could be considered the team’s worst season of all time.

Is this failure — or could it be something else?

First, let’s start by defining “failure.” The two most common definitions of failure are “an unsuccessful person, enterprise, or thing,” or “a lack of success.” But here’s the interesting thing about these common definitions: They’re both subjective.

If a “successful” Lakers season was to exceed a .500 average of wins-to-losses, then it’s time to celebrate. If “success” is defined by winning the championship, then the Lakers failed. Which is it? It all depends on the individual — or team.

So, by this definition, was the Lakers’ season a failure? ESPN’s J.A. Adande explained it perfectly: “Never in league history has there been a greater gap between expectations and their results.”

This isn’t a matter of failure or success; it’s a matter of skewed expectations. And that’s not just something a team can control. It’s something that a team — or a business — creates, carries, and encourages.

The best leaders aren’t the ones who try to predict success or failure. They’re the ones who can effectively manage internal and external expectations.

In basketball, the link is obvious: Media and fans turn excitement into larger-than-life expectations, which almost always end in disappointment. But it isn’t limited to sports: Business leaders often are caught in the same paradox.

They have to speak with certainty and conviction to bring new endeavors to life; when things don’t go as well as planned, they’re left with displeased investors and disappointed customers.

Shareholders and stock analysts want to know that leadership is making wise investments, and employees want their leaders to be confident in their vision. And both groups are frustrated when that expectation doesn’t come to fruition.

That’s why the best leaders aren’t the ones who try to predict success or failure. They’re the ones who can effectively manage internal and external expectations.

The Lakers’ story proves it: Having the greatest talent and a solid game plan doesn’t ensure success. And in the business world, the actions that create success and failure aren’t always defined with black-and-white clarity, either. 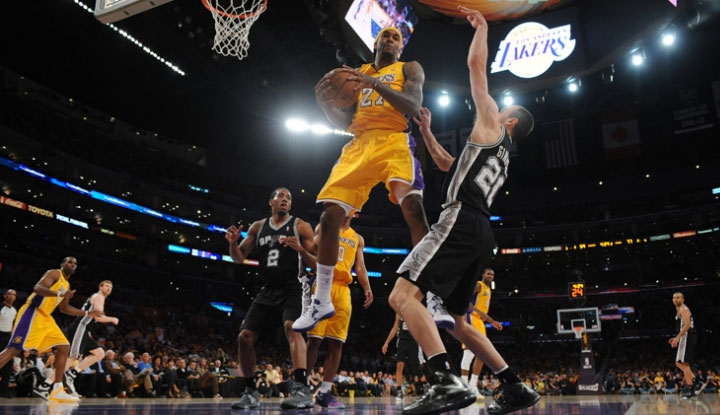