Learn how Richard Price accelerates the world's research and why he believes first-time entrepreneurs should just pick up the phone and start.

In the latest installment of Success Stories, a series highlighting the personal and professional journeys of some of the most dynamic entrepreneurs, YFS Magazine speaks with Richard Price, founder of Academia.edu, a San Franciscco-based social networking website for academics.

While attending Oxford University to gain his Ph.D. in Philosophy, Richard Price experienced first-hand the frustration associated with submitting a research paper to a journal and waiting months – even years – to see his research in print. Price immediately considered that millions of academics around the world shared this problem.

To resolve an unmet need in the academic world, in late 2007, Price raised $600,000 in seed funding from Spark Ventures and others investors to create Academia.edu, a platform for academics to share research papers and accelerate the world’s research. Today, 4.1 million academics around the world use Academia.edu to share research, monitor deep analytics around the impact of their research, and track the research of academics they follow.

“I’ve chosen something that is very important for humanity – basically making science faster and more open, accelerating cures for malaria, cancer, Alzheimer’s and Parkinson’s,” said Price. “I think scientific progress [should] mirror the web … and the rate of innovation. Part of that is making the scientific innovation process more open, allowing people to come in from different angles, making the distribution of ideas faster, and incentivizing scientists to share more of what they are doing.”

Since Academia.edu’s September 2008 inception, Price’s mission to accelerate the world’s research has caught traction. In 2010, Academia.edu raised an additional $1.6M in funding and a year later the company secured $4.5M in Series A funding.

Learn how Richard Price accelerates the world’s research and why he believes first-time entrepreneurs should just pick up the phone and start.

I was getting my Ph.D. in Philosophy from Oxford University. When I was publishing papers, towards the end of my Ph.D., I [experienced the inefficiency of] the academic publishing system. I remember it took me three years – a time lag of three years – between submitting my first paper to a journal and the journal actually publishing it. I remember contrasting that to the Web where distribution is instant; I remember thinking there just has to be a faster, better way to share research.

So, I created Academia.edu which is based around the idea of uploading a paper to a profile, having people follow your profile and get your papers instantly. [The site also] displays metrics and analytics to show where downloads and visitors are coming from – which countries and so on.

Today, Academia.edu is a network of about 4.1 million academics around the world who use the site to upload their papers, share their research with followers and monitor the consumption of their research.

The Future of Accelerated Research

Our goal is to get every single academic in the world on the site. [In terms of future plans], we have four goals for the site.

With social networks, all of the growth is scalable. So, one of the biggest challenges we’ve overcome was scaling the company and user base — and finding organic, viral channels to scale.

If you start off with a small number of people (i.e. with friends on board, emails, etc.) the critical thing is [to create a] snowballing engine – it doesn’t scale naturally. It’s not a case of build it and they will come – you have to build the snowballing engine. 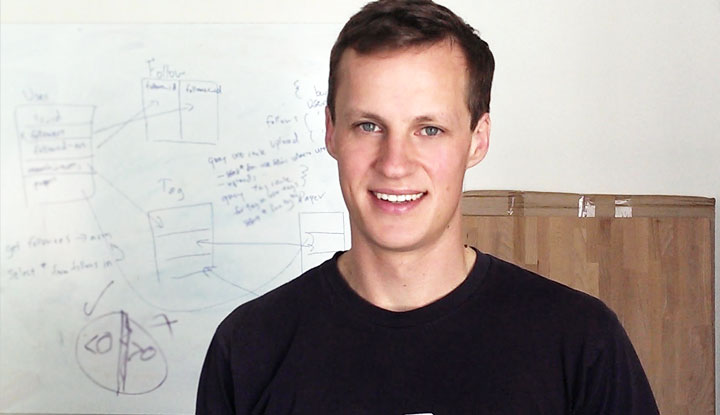