There’s always a new trend in the world of mobile devices. Snapchat isn’t brand new, but it has gained a lot of traction as of late. Creating a fresh spin on user interaction, the photo messaging application may prove useful for digital marketers.

Founded in September of 2011, Snapchat is a free photo messaging app created by Stanford graduate Evan Spiegel. Here’s how it works:

Let’s say you and all your friends have the Snapchat app on your mobile phones. You can send them a photo with your most clever caption, they receive it, and if you’re really a riot, enjoy a hearty laugh. Here’s the catch — the photo only displays for up to 10 seconds before it completely vanishes. Once time elapses, the picture is gone, never to be seen again. That’s the beauty of this app. It’s all about the right now, sharing a message that turns into a meaningful moment no matter how brief.

Snapchat is based on a simple concept, yet it is resonating with users at a rapid rate. The 50 million snaps sent out by millions of users helped the company bring home TechCrunch’s Fastest Rising Startup Award, in 2012. Given the photo app is seen as a “hip” concept, one might think their user base is chock-full of teens and young adults, but that’s not exactly the case. In fact, Snapchat’s user base consists of businesses, small and large, who have quickly grasped its value as a powerful marketing tool.

The Case of the Disappearing Coupon

16 Handles, a New York City-based yogurt shop, is the first company documented to use Snapchat in a marketing campaign. The instructions to its audience were simple: while at a 16 Handles location, send a picture of yourself eating the brand’s yogurt to the company’s Snapchat account.

Those who did received a snap containing a coupon of value ranging from 16 to 100 percent off of their next purchase. As with all snaps, however, the coupon would disappear within 10 seconds, so the hook was coming into the store, buying your favorite yogurt, then opening the snap at checkout to see how much you saved.

A Coke, a Pop Singer and a Snap

Diet Coke is reportedly using Snapchat to market its sponsorship of pop singer Taylor Swift’s concert tour. People who subscribe to its virtual scavenger hunt receive one picture a day for five days, each picture reveals clues regarding that day’s item. Those who collect all five items win a free concert ticket. The level of engagement here is obvious. The transience of the image evokes a sense of urgency and scarcity, two very compelling marketing forces.

Digital Marketing with a Twist

Brands like 16 Handles and Diet Coke are not the only ones who see the potential in Snapchat. Some big financial backers think it’s a good idea, too. Funded in part by General Catalyst, SV Angel, Benchmark Capital and Lightspeed Venture Partners, the company is currently valued at $800 million, according to Forbes.

Looks like this little photo messaging app that could has a bright future ahead of it. Will your business be among the early adopters to enjoy a competitive advantage?

Chris Grasso, of CopyPress, is a marketer for Smitty’s Delivery. He maps strategies to help extend the consumer base of their service. He also does some grassroots advertising by going to big events and letting people know about the company. 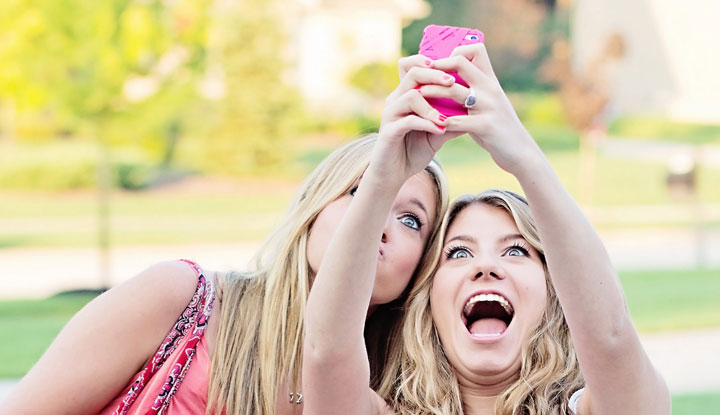