How to Leverage a First-Mover Startup Advantage and Block Competition

While being the first one to get to the top of the hill is hard, staying on top is even harder.

Generally, startups are small businesses that take huge risks to identify an unseen opportunity and are first to take on that market. While being first comes with first-mover advantages, it also has its first-mover disadvantages.

In marketing, first-mover advantage is simply the advantage gained by the initial (“first-moving”) significant occupant of a market segment. This type of advantage can be derived from the fact that as a first entrant you can gain control of resources that followers may not be able to match. When you are unable to capitalize on your advantage in the marketplace, you leave room for a competitor to gain second-mover advantage.

Perhaps the quintessential example of being a first-mover on the Web is Yahoo, which provided early Web users with the first popular directory and search engine. Yahoo entrenched itself as the one that got there first along with its easy-to-remember brand name and content aggregation which made competition difficult. For a moment in time, it had unparalleled market share, brand domination, press coverage and was able to keep competitors out of the game.

However, in due time, Alta Vista (now defunct), Google, and several other companies rose up. They benefited from building without a huge learning curve, which Yahoo had to conquer. Yahoo might have created the term “search engine,” but competitors rode on its coat tails and began to offer alternate solutions. Eventually, Yahoo started languishing and while having a second wind now with Marissa Mayer in charge, it has yet to return to its heyday.

Other examples of first mover startups, that are now behemoths, include Amazon and eBay. Although each of these companies have encountered competition, their early arrival and commitment to owning their market has solidified their current success.

How is it that first movers, like those mentioned above, are able to hold on to their crown of industry leadership while Yahoo couldn’t? How can a pioneering small business ensure its position, not just as the first player to start, but also remain the top dog in the industry?

The answer is simple: Set up barriers to entry.

In theories of economic competition, barriers to entry are obstacles that make it difficult to enter a given market. Traditionally, this can refer to government regulation, or a large, established firm taking advantage of economies of scale or an established name.

Companies who attempt to be a first-mover and command a market often operate by the creed “go big or go home.” Once a first-mover is established, the fact that someone has already arrived becomes, in itself, a barrier to entry for prospective competitors.

First-mover startups can do themselves a favor by acquiring customers widely (even as a loss leader) through marketing efforts such as traditional and online advertising, public relations, social media marketing and more. This can make it harder for younger upstarts to unseat the incumbent.

Patenting a particular technology is another way to prevent new entrants. First-mover startups can identify and patent unique aspects of their product to defend or go on the attack to limit new entrants to the market. Google, Apple, Samsung and other companies fervently apply for patents to protect their technologies; some they can’t even produce yet; in hopes that a competitor will inadvertently launch an idea or a component that infringes on them and suffer the consequences.

Just look at Apple wining a billion dollar fine from Samsung for imitating the iPhone. This is also done on a rather ridiculous scale where Apple has repeatedly failed at attempts to patent the word “startup”.

Similarly, having proprietary technology or designs can lead to licensing dollars. If we are to believe everything in the biopic “Jobs”, Steve Jobs apparently screamed, “You will never make 1 dollar without me taking 90 cents!” to Bill Gates when he found out Microsoft copied Apple’s word processing software.

Apple and Samsung have a love-hate relationship where they sue and counter-sue each other while Apple relies on Samsung chips to make its iPhones – this way Samsung never really loses. Besides keeping competitors from “stealing” trade secrets — patents can be licensed out instead.

In essence, a first-mover startup can get paid by competitors which is, in effect, a limitation tool given competitors rely on particular licenses to develop their products.

Ultimately, the best tool a first mover can have is momentum. As the first product in an untested market, it is easy to get initial buzz and hype. The novelty of a product can be trendy — while everywhere you turn someone can be spotted with it. For the first-mover startup, once the snowball starts — it often cannot stop.

As you attempt to achieve first-mover market status be sure to first, achieve critical mass by obtaining excellent product reviews from customers and the media. Second, create mechanisms for bulk buying of your product or service in the early stage. Lastly, sustain momentum. Never stand still in terms of product development; focus on customer feedback to continue innovation.

While being the first one to get to the top of the hill is hard, staying on top is even harder. By apply some barriers to entry, it may be possible to stave off the competition for that much longer.

John Fearon is a lifelong serial entrepreneur. His 35 years have taken him from selling sweets as a child, to global digital marketing, to founding Dropmysite.com, one of the fastest growing cloud companies today. 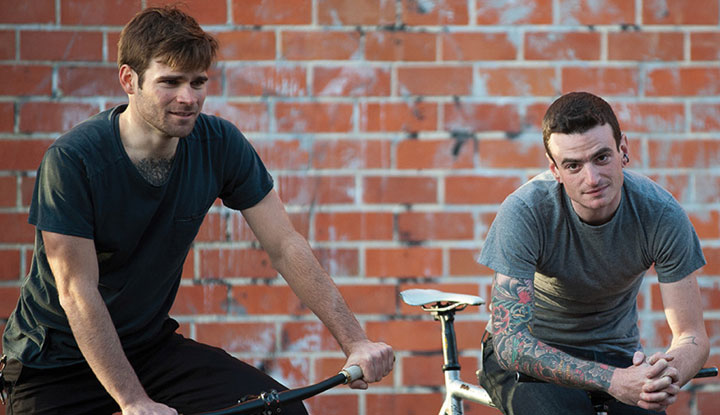