Battle of the Tech Titans: Who Copied Who?

It is difficult to say who is imitating whom or which company is not really evolving on its own or relying on inspiration from others to grow.

Lately in the tech world, a blame game is in full swing with Silicon Valley giants hurling accusations and claims on each other. Whether it is Apple, Google, Samsung or Microsoft, everyone is busy pointing fingers. From verbal bashing on social networking sites to filing lawsuits in courts, it seems that the gloves are off!

Fighting for the Last Slice of Pie

Back in 70s and early 80s, the Internet was in a nascent stage. The competition was scarce and the organization that rolled out an exciting or innovative product reaped the majority of market share and profits. However, as the industry grew and the market became more and more saturated, the market-share pie began shrinking for these growth-hungry corporations.

Everyone started aggressively chasing down each other in an attempt to capture the remaining slice of pie. This gave rise to a series of accusations among tech corporations. For instance, in 2009, a series of suing and counter-suing began which went on to be called the “Smartphone Wars”. This included almost every smartphone manufacturer including Apple, Samsung, Nokia, HTC and Motorola.

In 2011, Google accused Bing (Microsoft owned search engine) of copying its search results. Since then, the blame game in the technology segment has invigorated.

Recent Accusations in the Tech Industry

Remember the launch of iPhone 5C? This was Apple’s latest attempts of tapping the cheaper segment of smartphone users introducing it in five colors (i.e. reminiscent of a color scheme of Nokia Lumia series).

Regardless of the fact that it was intentional or merely a coincidence, Nokia (now owned by Microsoft) came out quite rather strongly on its UK Twitter page against Apple. In a very snide, but obvious manner, Nokia accused Apple of imitating its business model (of making cheaper smartphones) and its eccentric color scheme.

On the other side, Apple has openly bashed Microsoft on a number of counts recently. In their latest media event, Apple literally attacked its rival by labeling Microsoft as ‘confused’. Using an image depicting ‘confusion’, Apple Chief Tim Cook claimed that its competitors are confused between PCs and Tablets.

Cook also accused Microsoft of chasing them in netbooks and now the tablet market. Tim Cook clearly has some really big shoes to fill after the passing of legendary Steve Jobs. But for a corporation who has just been crowned the world’s top ranked brand, is this the right way to go? 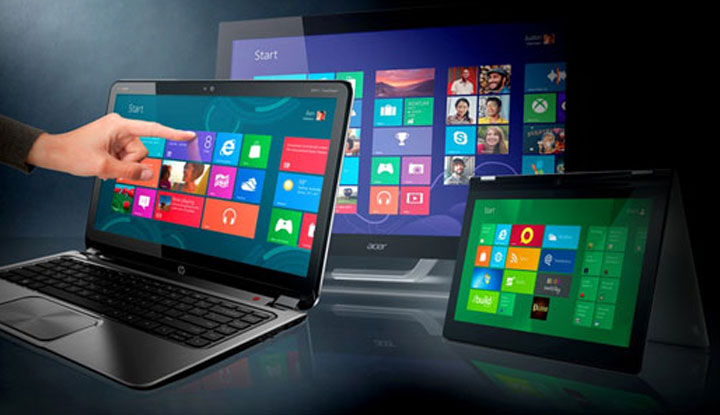