Apps are here to stay; this much is true.

We are all familiar with apps, in general at least. Thanks to mobile broadband, and due in no small part to social networking platforms, they’ve long since become a ubiquitous part of modern-day society.

Apps are massively diverse in their purpose and functionality. An app can take the form of a game, or a utility that alerts you as to when you have a calendar appointment, or a visual enhancement to your operating system. A smartphone app might cause your phone to vibrate when approaching someone with a phone on the same network, or it might enable you to share personal data with a gesture.

Similar to the 49ers of the 19th century and the Alaskan Gold Rush that occurred fifty years later, the app market is a wide open field ready for entrepreneurs and businesses to stake their claim.

In recent years, with focus shifting to the development of independent apps for easy commercial distribution via platforms such as iTunes, quite a few people have struck it rich overnight… while others have appeared to be on their way to stardom, only to ultimately stumble and fall (occasionally, pulling others down with them).

Draw Something… Seriously, Anything

You’ve probably heard of the Draw Something app. If you haven’t, rest assured that tens of millions of other people have. Within fifty days of its release in 2012, developer OMGpop sold more than fifty million copies, and the rate at which the game was being downloaded was actually increasing dramatically. More than half of the downloads occurred within the last few days of the period in question.

In Draw Something, a player is provided with random words to illustrate, which their partner must then try to guess. A correct answer earns a reward of “coins,” the amount of which is dependent upon the difficulty of the keyword in question; it’s a lot easier to draw a beach ball, or a chair, than it is to illustrate the concept of marriage.

Draw Something capitalized on what was then a series of innovative features to drive popularity, such as cost-per-download distribution, word of mouth marketing, and integration with Facebook—allowing users to sign into the game with their Facebook accounts.

It’s a cute game, which proved enjoyable for a lot of people, while also proving to be an overnight hit for OMGpop. After five years of the studio receiving a lukewarm reception they had hit it big. Within three months of the release of Draw Something, the game—and OMGpop itself—were purchased by Zynga, the makers of Farmville, for a whopping $180 million dollars.

Smart move, right? I mean, sales of the app were skyrocketing; a few more months of returns like that, and Zynga would be well on the way to profit.

Except… the app didn’t provide a few more months of mammoth sales.

OMGpopped; it soon became the Little Engine that sadly couldn’t…

The Little App That Couldn’t …

Almost immediately, after its acquisition by Zynga, Draw Something began losing users. It seemed that people no longer wished to draw anything. Its sales tanked, and the game proved to be the app world’s equivalent of a one-night stand, unable to sustain itself in the long term.

This wouldn’t necessarily have been an awful situation, with the game having brought much-needed attention and funding to its developers, but Zynga’s acquisition caused the company’s stock to plummet (from $14.00 per share down to just under $2.50) and left the studio scrambling to recover, with the panic announcement of multiple new releases.

It is unclear whether or not delaying in their purchase of OMGpop and Draw Something ought to have been seen, in advance, as being the wiser course of action for Zynga to take. Deals like this go south in the business world regularly; there’s always an element of risk, but when hundreds of millions of dollars are spent in trying to stay ahead of the curve, only to be flushed down the drain, one has to ask whether or not somebody’s spidey-sense ought to have been tingling. Maybe Zynga should have waited until OMGpop had two big hits under their belt.

Another App Legend … Vicarious, or Vilified?

While we’re on the subject of Zynga, one mustn’t forget their original rise to fame on the auspices of the legendary, and somewhat nefarious Facebook app Farmville (which various friends of mine couldn’t seem to stop playing for a year or three).

Farmville is a farming simulator and social game, one of the first of its kind. Farmville was released in 2009, but, unlike Zynga’s later purchase, it maintained its popularity for several years, with only the last year or two seeing a noteworthy decline; as of 2012, it was still in the top 10 games on Facebook (as ranked by daily usage statistics).

Yet in 2010, Farmville was ranked in TIME magazine’s fifty worst inventions of all time list, and TIME was not alone in their negative criticism of the app. The negative reception extended to the game being an exercise in “mindlessly repetitive farming chores,” a highly addictive game the term ‘game’ being used loosely) requiring considerable dedication on the parts of its players in order to achieve any noticeable reward, invariably involving many hours of successive activity.

Given the nature of the interactions between friends in the game, there have been assertions that the game encourages users to exploit their friendships, drawing others into the app who might not have otherwise become involved. Since Farmville’s commercial success, other games have copied the highly effective model.

The state of Facebook today, with app-related “invites” and requests for in-game assistance, items, or even (real) cash, have led to numerous complaints about the trend of Facebook-based gaming and the raging commercialization of the platform itself.

It has been blamed, in part, for the massive exodus of users leaving Facebook in recent years. One statistic suggests that Facebook is virtually bleeding teenagers, with as many as one million teenaged users leaving the website per year for the last three years running. The argument could thereby be made that, even in the face of astounding commercial success, an app can ultimately ruin a platform itself if it isn’t crafted in good taste.

The Future of Apps

Apps are here to stay; this much is true. They are everywhere, they are on everything, and that isn’t a bad thing in itself. Anybody with the time and the inclination can learn how to use the necessary programming languages with which these applications are put together.

It is the digital equivalent of how things used to be, when industrious individuals built their own houses, raised their own food, and crafted their own tools, regardless of their stated profession. In the modern, digital world, the app-makers are our Renaissance individuals and our innovative thinkers.

If anything, the stories contained within this article suggest that integrity and foresight still have a place in the online world, and that those who go under in the pursuit of success might be said to be lacking in vision, or to have greedily overextended their reach.

Edward Lakatis is CEO of Zapporoo, an app design company. He is passionate about all things related to app design and concepts. He loves to help entrepreneurs bring their apps to market. Connect with Edward on Twitter. 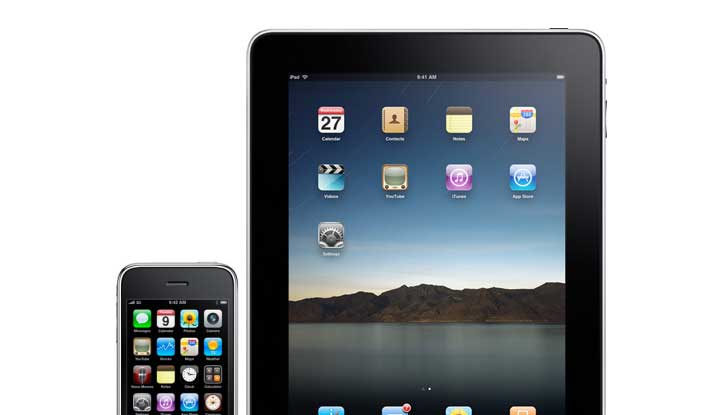