Flip This App! Mobile App Developers and Entrepreneurs Cash In

Mobile app flipping is a rapidly-growing investment strategy for young entrepreneurs. And for tech savvy business owners it is a low risk and sensible way to develop a...

“There are two things any app developers can do to improve their chances of scoring a hit: Make a mobile game. And give it away free. But building an original game is a lot of work and the app store is cluttered with games. So there is a third thing the developer can do—”flip” an existing app. Buy the source code for existing games, hire someone to give it a new look, cram it full of ads and, in the short-term at least, profit. It’s not pretty. But it works.” (Source: Quartz)

Young tech-savvy professionals have found mobile app flipping to be a viable way to own assets that can easily be turned around for a profit.

Young tech-savvy professionals have found mobile app flipping to be a viable way to own assets that can easily be turned around for a profit. Mobile application developers are discovering eager buyers to handover cash in return for well-designed mobile apps that offer future revenue potential at an affordable price. Flipping software is turning out to be a huge market for developers and buyers, alike.

Alan Trippe, a software developer explains how he’s made a sizeable living by flipping apps—to the tune of $3,650 in 24 hours. Trippe explains, “Basically the concept of flipping an app is this: a) A person licenses the source code of a quality, popular app or clone of one; b) They find a designer to help them change all of the graphics and ‘re-theme’ or re-skin it; c) They change all advertising and in-apps to point to their accounts; and d) They flip it back onto the App store.”

Essentially, entrepreneurs are taking their freshly-minted, overhauled apps straight to their Google and iTunes developer accounts and turning them around to be sold for a minimal mark-up. Trippe goes on to explain that, “some people do this entire process in less than 1 week! What took me initially 18 months, people now can do in a week or two . . . So, I decided to join in … [and] In one 24 hour period I made $3650 in source code sales.”

Business Insider reports, “Flipped apps may yield about $1,000 in revenue above the average $500 spent to buy the source code and reproduce, according to game and analytics firm SuperData. That’s chump change for a big app studio, but an easy paycheck for individual developers.”

These developers represent a new brand of tech entrepreneurs. Yet they are doing something that is not at all new to other industries – in fact if you take a closer look it is quite similar to the investment strategy of flipping houses.

To capitalize on the trend, developers are retooling their apps to potentially increase value while others seek out developers who, for a small fee, will make app design changes.

To understand the underlying business potential, one can look at mobile app flipping in the same way they would look at a house as an investment property. The mobile app developer can be viewed as a type of renovation contractor. Their expertise in making changes to mobile apps is invaluable. The right tweaks to a mobile app can raise its selling price, in return increasing the long-term value for potential buyers.

The mobile app market doesn’t appear to be slowing down, and for entrepreneurs there is incredible potential. “The apps business has finally ‘come of age’ and this worldwide success story is now growing fast. Apps generated an impressive USD 12 billion in full-year 2012,” according to Portio Research “and in total 46 billion apps were downloaded in the year, taking the cumulative all-time total downloads since the app game began, to 83 billion.”

When someone says “there’s an app for that”, it actually rings true in today’s market. Apps can do amazing things such as efficiently replace traditional ways of organization, bring new meal ideas from screens to the dinner table, and modernize the games people play. If you can think of an app, it is guaranteed to be there (or is likely on the way). 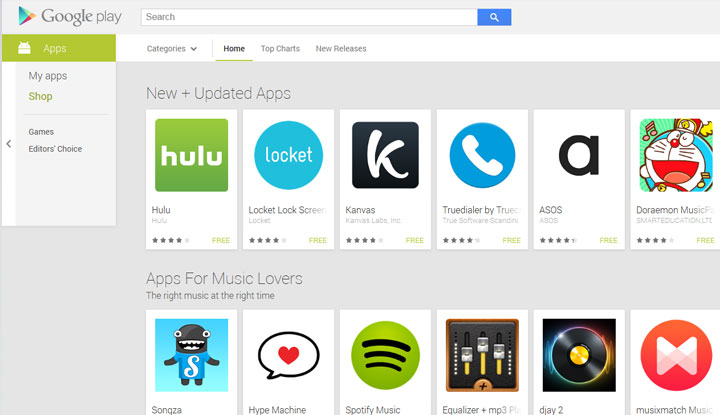