What thoughts cross your mind when an employee shows up late for work? Let’s face it. The times of manually checking employee comings and goings is no longer...

What thoughts cross your mind when an employee shows up late for work? If you’re like most business owners it can temporarily throw a wrench in your day. The mere thought of employees being chronically late, and receiving a paycheck, is nerve-wrecking and frustrating at best.

You’re often left wondering, “Why are they late? Can’t they simply come in on-time, like I pay them to?” Maybe you’ve even found yourself clutching their timesheets in disgust before scheduling an impromptu “meeting?”

If you employ others you’ve observed people lurking in corners or hastily sliding into their offices – and it’s 11 a.m. You aren’t alone. It happens.

If you employ others you’ve observed people lurking in corners or hastily sliding into their offices – and it’s 11 a.m. You aren’t alone. It happens. Numerous scientific and psychological studies prove that people can be late for almost any event, regardless of its importance.

Even leadership – yes founders (and CEO’s in particular) are notably late according to research. USA Today reports, “Tardiness is a chronic problem among chief executive officers. They arrive late for six in 10 meetings, according to a survey of 2,700 CEOs released by management consulting firm Proudfoot.”

“CEOs may be late for their own company meetings but, interestingly, are punctual when they meet customers or clients. In the Proudfoot survey which covered nine countries, only French executives were late to more meetings than U.S. executives (late 65% of the time vs. 60%). Japanese CEOs had the highest on-time rate (late 34% of the time).”

When it comes to tracking workplace punctuality, company culture plays a large role. Andrew McGlinchey, Product Manager at Google Southeast Asia explains that, “Google tracks is the positive impact of getting things done. If you show up in the office to work closely with colleagues, visit other offices to learn and collaborate there, stay at home to focus on something that needs concentration – that’s up to you. Google is not a factory where hours of labor x output efficiency = production. This is the case for many enlightened knowledge-work-based enterprises, not just Google.” (Source: Quora)

In stark contrast, Wal-Mart reportedly takes a more hard-lined approach with employees. “Being 10 minutes or more tardy for work three times will earn you a demerit. Too many of those could get you fired. It’s all part of a revised attendance policy … that makes Wal-Mart Stores Inc. hourly workers more accountable for excessive unexcused absences and formalizes such penalties.”

“Employee tardiness is not the focus for some companies. Instead, the spotlight is on their leaders. Perhaps the brightest example of top-ranking leaders who are deemed ‘frequently tardy’ is Yahoo CEO Marissa Mayer.”

But employee tardiness is not the focus for some companies. Instead, the spotlight is on their leaders. Perhaps the brightest example of top-ranking leaders who are deemed “frequently tardy” is Yahoo CEO Marissa Mayer.

Business Insider reports, “Marissa Mayer has a problem, and it is this: She is routinely late for meetings with the Yahoo executives who report to her. Sometimes Mayer is a few minutes late. Sometimes she’s an hour late. Sometimes it’s more . . . Mayer has a weird history of seeming to not respect other people’s valuable time.”

Cultural Aspects of Punctuality in Business

The challenge that companies face, as they employ people of various nationalities, is the cultural misunderstandings that arise on the issue.

For example, Edward Hall, an American anthropologist, defined 5 time intervals for the duration of being late in Western countries:

However, Western cultures vary. For example, Spaniards, French and Italians can wait for almost half an hour if the person is late and do not take it as an offense. In Latin America it is deemed normal to be late for as much as 30-40 minutes. In the Islamic culture they are not generally keen on hurrying and afford themselves to be late.

On the contrary, Swiss, Germans, Japanese, Swedes and Brits consider it outrageous to be late for longer than 5-7 minutes. The same is true for Americans and Australians.

So, it comes as no surprise that with such different approaches to time and punctuality, lateness still remains a touchy issue in today’s global workforce.

Workplace tardiness is a recurrent issue. Excessive tardiness impacts your bottom line in more ways than one. “When employees don’t show up for their assigned shifts on time, there’s an immediate negative impact. Coworkers might have to cover for the tardy employee until he shows up, putting them behind on their own work. Important meetings and projects might have to be delayed. In some cases, the business might not open up on time and customers might be left waiting.”

Some companies take a zero tolerance approach to tardiness while others look for ways to minimize it with positive reinforcement for observing HR policies.

Regardless of your approach, it is important to track employee attendance.
Automatic attendance tracking tools can minimize the issue once your team knows the importance of arriving to work on time – and that you pay attention.

When I Work, geared specifically toward small business, offers employee time clock apps for iPhone and Android. Apps let you forgo the expensive hardware and use an iPad or Android tablet to get your terminal set up in seconds. Best of all, if you don’t have a tablet, you can use any computer as your terminal.

Let’s face it. The times of manually checking employee comings and goings is no longer effective. Every chance you have to improve internal operations improves your position in market, thus further attracting the right talent and delighting customers. Employee productivity is not an exception.

Anna Melnyk is the marketing manager at Yaware, an employee time tracking service that automatically monitors all employee computer activity and Internet use. Yaware aims to help increase employee productivity. Connect with @Yaware_com on Twitter. 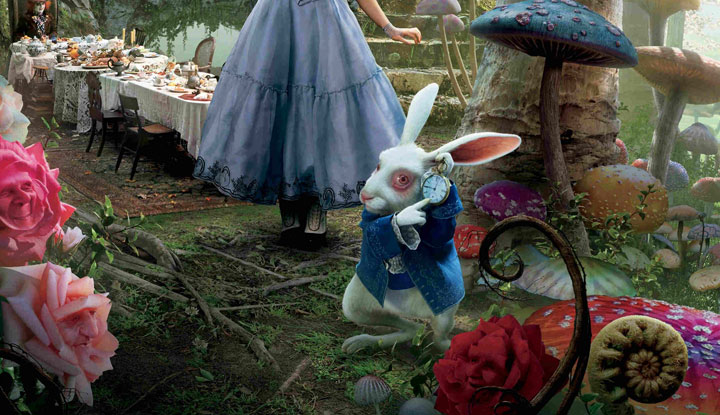